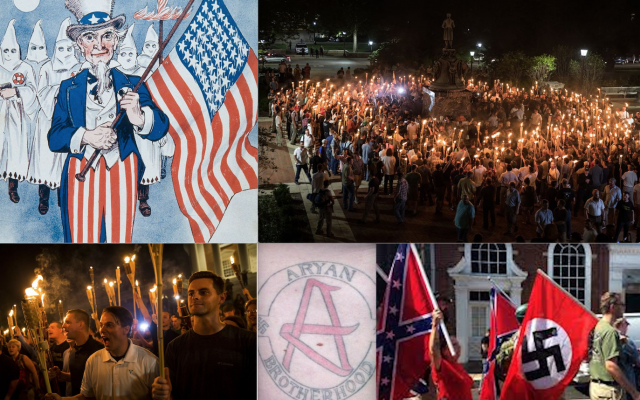 Once upon a time, I had a Facebook friend.

Our relationship reached back more than fifty years, but we hadn’t seen each other in decades. He now lives in Florida, and I’m in Tel Aviv. Facebook reconnected us.

My friend leans right, while I lean left. We kidded each other about our differences, but our social-media exchanges were short, good-natured.

Then Covid-19 struck, and my friend posted this:

About 605,000 people In the USA die from a FIRST AMI every year. But there is NO fear…. OR, addressing modifiable behaviors that could improve these outcomes. WHY is there such an unusual and, IMO, bizarre and publicly propagated response to a cold virus…

He was entitled to his IMO (in my opinion), but his logic mystified me.

Just as I knew that acute myocardial infarctions were heart attacks, I was familiar with organizations, such as the American Heart Association, that warned about the dangers of AMIs. Was my friend truly unaware of them?  Was there no one in his life who exercised or took medication to fight heart disease? And comparing AMI deaths to Covid-19 deaths? That was apples and orangutans.

My friend, who once attended Hebrew day school with me, also wrote:

I worry about many things, people wearing all variety of “face coverings” is NOT one of them. People would like to call the gestapo on their neighbors. Too crazy for me!

Piqued to respond, I asked my friend to educate me about my chances of catching an AMI from someone. As for his Gestapo analogy, I told him that it was a sad reflection on how he was responding to the crisis.“Take a few breaths,” I wrote, “and consider how your over-inflated reaction to people with whom you disagree is helping combat the hysteria.”

My friend replied that he appreciated my thoughts and opinion, countered that it was I, not he, who was the hysterical one. Then he unfriended me.

I wonder if Facebook has an algorithm to track the number of FB exchanges between liberals and conservatives that have resulted in unfriending, blocking, and ruptured relations between friends and family members. If so, I wonder if it has numbers for BC and AC — before and after covid.

If Facebook were around when the Civil Rights Movement and the Vietnam War divided Americans into polarized camps, I imagine the same kind of unfriending would have happened. So too, if Facebook had been around during Jim Crow.

My “unfriend” jokingly called himself a Tory, referring to the conservatives who wanted to keep the American colonies yoked to England. Would he really have sided with the Redcoats? Where would he have stood during the Civil War and the era of Joseph McCarthy’s red-baiting?

As the world grows more complex, nuance matters. Nevertheless, I believe that there are ideas and practices that represent evils no one can rationally support. These include Nazism, murder, slavery, child abuse, and rape.

I believe in right and wrong. When someone equates health care workers with the Gestapo, I say he’s wrong. When Donald Trump labels anyone who challenges him a nasty liar, and tries to suppress the vote, he’s wrong, too.

When Republicans demean all Democrats, because Antifa radicals have acted like hooligans, they’re wrong. The same goes for Democrats who lump all Republicans with Aryan Nation bigots.

As the United States approaches the 2020 presidential election, Americans like me will have the opportunity to show Donald Trump where they stand. I applaud him for signing the prison reform act. If he truly led the way in brokering the peace deal between Israel and the United Arab Emirates, I tip my hat.

Beyond that, I believe Trump has been the wrong man to lead America during the pandemic and that his totalitarian tendencies, chronic lying, and vitriolic tweeting pose a danger to his country’s future well-being. I hope I represent the majority.

Here in Israel, I respect the work Prime Minister Benjamin Netanyahu has done to put together an Israel-UAE peace plan. However, as a new citizen of Israel, I believe his toxic, egocentric leadership has wounded the country. Indicted for bribery, fraud, and breach of trust, he should resign.

Needless to say, I won’t be checking in with my ex-FBF in Florida for his take on the political situation in the US or Israel.

In today’s world, as intricately connected as we all are, many of us are no longer talking to each other.