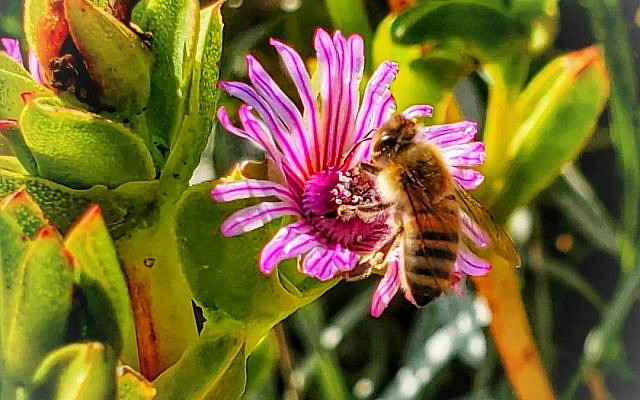 Not long after the Jews’ Exodus from Egypt they travelled in the desert for three days and finally reached a place called Marah — aptly called so because its waters were bitter (mar). Predictably, the Jews complained to Moshe that they had nothing to drink, so G-d instructed Moshe to cast a tree into the waters and miraculously render them sweet (matok). The word matok is not the only word in Hebrew which means sweet. We pray every morning, “ve’ha’areiv na…”in which we ask G-d to make His words of Torah “sweet” (areiv) in our mouths. Similarly, in the Holiday Mussaf Service, before the Blessing of the Kohanim, we ask G-d “ve’tei’areiv lifanecha…” in which we ask G-d to make our prayers “sweet” (areiv) like sacrifices before Him. What is the difference between areiv and matok?

The Vilna Gaon (1720-1797) does not directly address this question, but does explain the difference between matok and another word. He writes that na’im/noam (pleasant) refers to visual appeal, while matok refers to gustatory appeal (which, of course, has to do with the sense of taste).

Indeed, if one parses the Bible for instances of the words matok, one will notice a pattern in its appearances. Words related to matok or metek commonly refer to culinary “sweetness” (something which tastes sweet), while the word areiv never appears in a gastronomical context, except in Proverbs 20:17. In Song of Songs (2:14), the word areiv applies to auditory sweetness, as one lover says to the other, “Allow me to hear your voice because your voice is sweet (areiv)”. Moreover, according to one opinion in the Talmud (Berachot 43a) the proper blessing to be recited over the scent of sweet-smelling balsam oil is …borei shemen areiv (“…Who creates areiv oil”). This suggests that the word areiv also applies to the realm of the olfactory. According to this, it seems that matok refers specifically to a sweet taste, while areiv can also refer to a sweet voice and a sweet scent. 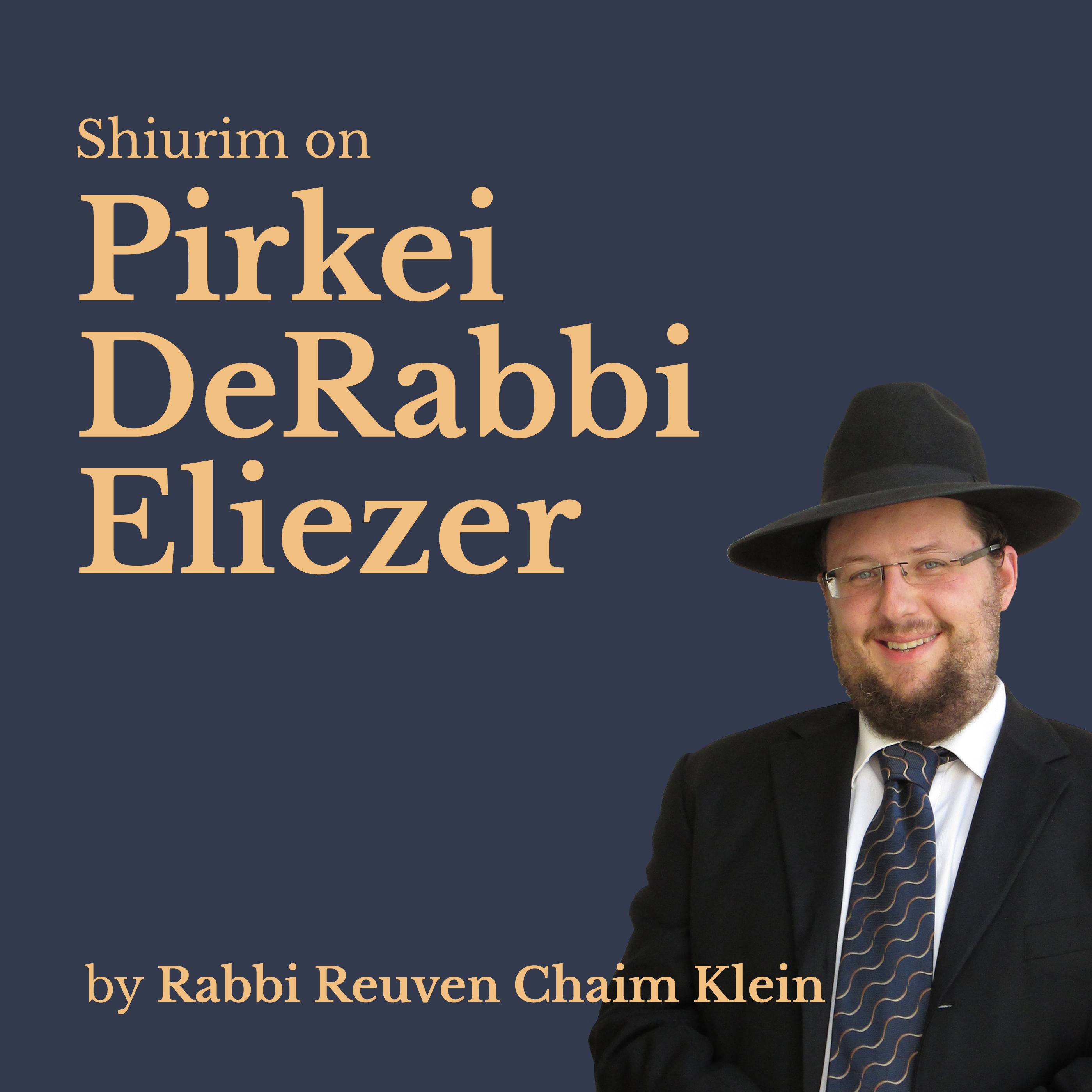 Pirkei DeRabbi Eliezer Podcast EPISODE 108: CHAPTER 51B – THE FUTURE MESSIANIC ERA Will the Third Beis HaMikdash come down from Heaven already built or will man need to build it? / A special gate in the Temple only opens on Shabbat & Rosh Chodesh / Kiddush on Shabbos & Rosh Chodesh / A special gate for Hashem that is supposed to remain closed / Only the righteous will be renewed / Ezekiel sees a river flowing from the future Temple in Jerusalem / Sweeting the Salt Water Seas

With his signature diligence, Rabbi Shlomo Pappenheim of Breslau (1740-1814) explains the differences between all three words in question. He argues that the word matok refers to an objective way of measuring taste, and therefore refers specifically to the type of taste that is widely-acknowledged as “sweet”. “Sweet” is the polar opposite of “bitter”. “Sweet” is the form of taste found in such foodstuffs such as honey, figs, dates, and the like. Accordingly, the word matok primarily denotes a universally-recognized, positive taste. Nonetheless, the word was borrowed to refer to anything which one might argue is positive, desirous or worthwhile.

That said, Rabbi Pappenheim explains that the waters at Marah are described as matok not because they were objectively “sweet”, per se, but because of the contrast in their transformation. Previously those waters had been objectively “bitter,” and now they had lost that bitterness.

Rabbi Pappenheim writes that as opposed to the word matok, which denotes an objective sweetness, the word areiv denotes a subjective sweetness or pleasantness. In that vein, a masochist who has an affinity for bitter foods might say, “Bitter is areiv for me”, but he would not say “Bitter is matok for me.” Areiv is an acquired taste; it is a matter of personal choice.

Perhaps, for this reason, we pray that the Torah should be areiv in our mouths because we want the Torah to appeal to us on a personal level. Similarly, this might also be the reason we ask G-d to look at our prayers as areiv like sacrifices, instead of matok. As opposed to paganism, Judaism does not believe that the rituals of sacrifices have any intrinsic (or “magical”) value, but that their value comes from the fact that G-d commanded us to offer these sacrifices. Accordingly, the word matok, which denotes something objectively sweet, is inappropriate, so we use the word areiv, which means that they should appeal to G-d on the basis of His personal favor.

Rabbi Pappenheim continues to explain the meaning of na’im/noam. As opposed to the Vilna Gaon who understood that those words refer to visual sweetness, Rabbi Pappenheim argues that these words do not refer to any type of physical property, but rather to the transcendental pleasure that one derives from enjoying something sweet. In this way, matok and areiv refer to the physical, while the term na’im focuses on the sublime. The root of na’im is NUN-AYIN-MEM, the last two letters of which also make up the root of the word im (“with”), because one’s soul tends to bond with that which he considers pleasant or enjoyable. In this way the pleasantness of na’im/noam focuses on the spiritual aspect as it binds disparate entities and joins them together.

Have you seen the 3rd edition of Rabbi Reuven Chaim Klein’s book on the Hebrew language? It’s now available on Amazon and at local Jewish bookstores.

According to etymologists the origin of the word areiv is unknown. However, some linguists suggest that its original meaning was related to the word arev (mixed) in the sense of “to be well-mixed”. So, for example, a glass of wine that is properly-mixed with the right proportion of wine to water is considered pleasant and especially appealing. According to these etymologists this is the basis for the meaning of the word areiv in the sense of “sweet”.

I would argue that just as Rabbi Pappenheim understood that na’im is related to the idea of connection and attachment, so too does the word areiv refer to a type of binding. The common denominator between all of the different groups of words that use the root AYIN-REISH-BET is that they all denote a form of connection or a joining of disparate elements: an arev is a guarantor on a loan (he connects the lender and borrower), erev (evening) connects day and night, ta’arovut/irvuv is a mixture, an eirev is the woof-component of woven fabric, an eruv connects space into one halachic domain, the plague of arov consisted of an assortment of beasts, and the erev rav are the mixed multitudes. The same applies to the word areiv. Sweetness/pleasantness creates a connection between the object in discussion and the one who beholds it. The more pleasing or sweet something or someone else is, the more the other wants to come closer to it. Therefore, because sweetness is an impetus for that link, it is related to the words for binding or connection.