It is not often that I find myself criticising Israel’s policies.  Not that I agree with everything her governments (left, right or center) did and do; it’s just that, given the amount of outrageously unfair, obsessively singular and often hate-laden ‘criticism’ directed at the Jewish state, I find Israel more deserving of my support and muzzle my occasional disapproval.  One may admit to failings in one’s own family; but the time to focus on such flaws is not when that family is harassed by hostile strangers with dark intentions.

Yet, even having said all that, the current – off-the-record, but widely-publicised – ‘rapprochement’ between the Jewish state and ‘certain Sunni Arab powers’ makes me uneasy to the point where I feel a need to trigger some debate around it within the Israeli society.

I know that many of my readers will, at this point, raise a quizzical eyebrow: how can a – however unofficial – warm-up in Israel’s relations with the Arab world be anything but a positive development?  Indeed, most people see it as both an achievement and a source of hope.  In his recent address to the ‘United’ National General Assembly, Israeli PM Benjamin Netanyahu implied precisely that:

“… I have to tell you this: for the first time in my lifetime, many other states in the region recognize that Israel is not their enemy.  They recognize that Israel is their ally.  Our common enemies are Iran and ISIS.  Our common goals are security, prosperity and peace.  I believe that in the years ahead we will work together to achieve these goals, work together openly.”

Israel’s eagerness to finally embrace (and be embraced by) her neighbours, even after such a long and bitter conflict, brings credit to its people and its leaders.  Yet both people and leaders need to temper their enthusiasm a notch.

Let us first remember who these neighbours really are; we are not talking, unfortunately, about a reconciliation with the Arab nation; nor, regretfully, about a newly-reached understanding with its democratic representatives.  We are talking about ‘rapprochement’ with a bunch of dictatorial regimes that only represent themselves.  Prominent among them are the world’s last remaining absolute monarchies.  The unofficial leaders of that disreputable pack are the ‘royal’ family of Saudi Arabia – a country rivaling ‘Islamic’ Iran both in medieval practices and in its export of religious intolerance and terrorism.  Why, just the other day, I was reading – avidly – about the beginning of a revolt by Saudi women, who are finally trying to shed their Untermensch status.  The Saudi regime beheads people in the public square, applies amputations and beatings as ‘legal’ punishments, treats foreign workers like slaves – all while plundering and squandering away immense natural resources belonging to their people.  Is this really the kind of ‘ally’ that Israel wants? 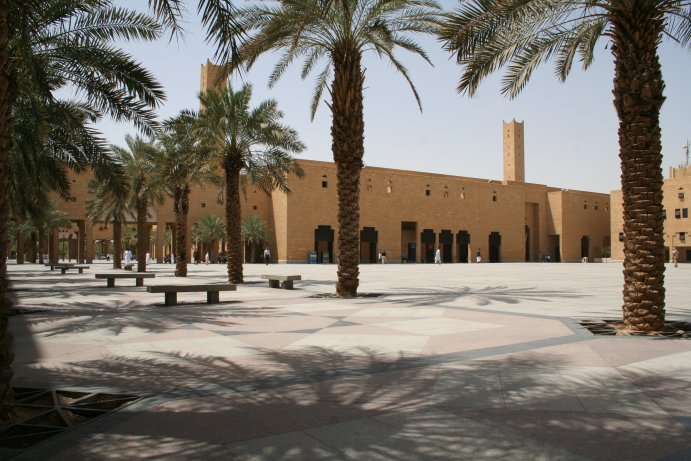 Dira Square in the Saudi capital Riyadh. Known locally as “Chop-chop square”, it is the location of public beheadings. 151 people have been executed in 2015 and more than 100 in the first half of 2016. {Wikipedia Commons CC BY-SA 3.0}

Yes, I understand that the ‘Islamic’ regime of Iran threatens both Israel (on several fronts) and the Sunni powers; I get that Western ‘leaders’ are increasingly unable to tell the difference between their arses and their elbows; and I realise that out-of-control, berserk Islamism casts its shadow over the entire region – and beyond.  Yes, I can see an argument that Israel should seek alliances with whoever opposes those immediate dangers – even with the Devil himself.  ‘The enemy of my enemy,’ and all that.  Netanyahu is hardly the first leader to choose ‘the lesser evil’.  Didn’t Roosevelt and Churchill ally themselves with Stalin in order to defeat Hitler?

And, of course, Israel would not be the first democratic country to pursue an ‘alliance’ with detestable dictatorial regimes in the Arab world.  After all, when Saudi and Emirati forces bomb targets in Yemen, they do so using weaponry systems purchased largely from the United States and UK.  Much of the West has lost its way and is wallowing in a foul- smelling concoction of moral relativism and hypocritical moralism.  Why should Israel follow them, rather than – as a true ‘light unto the nations’ – set a better example? 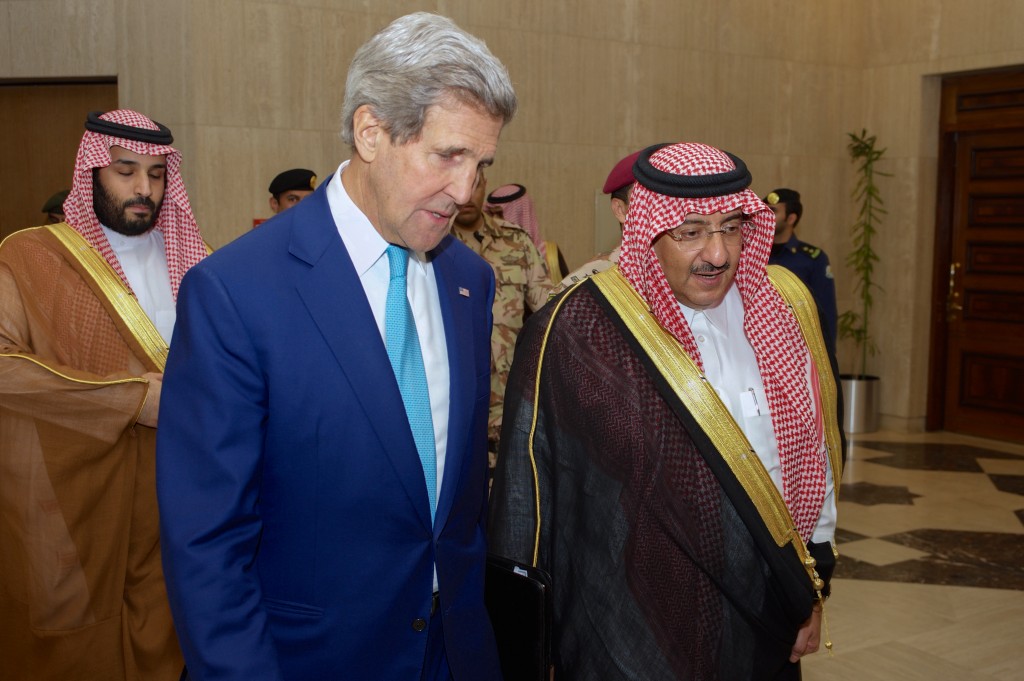 Not a woman in sight — and no protest, either. {public domain}

I’m not naïve, believe me.  I understand that often (too often!) it is common interests, not common values, that motivate alliances.  I am not necessarily averse to a bit of ‘real politik’; it’s short sighted politicking I have a problem with.

Even if Netanyahu (like so many democratic leaders) is willing to conquer his disgust, silence his conscience, cover his nose and get in bed with the Saudis – it is unclear what exactly would Israel stand to gain from this very distasteful mating.  Assume, for instance, that things come to a head and Israel needs to attack Iran’s nuclear sites – to prevent the mullahs, in extremis, from getting The Bomb.  How will the Saudi and Emirati ‘allies’ help?  Will Israel mount a ‘joint operation’ with the Saudis?  Very unlikely.  Will the Saudi Royal Airforce (equipped with British warplanes) help Israel in her next war with Hizb’ullah or Hamas?  Yeah, right!

While any putative benefits are doubtful, potential downsides loom large.  Let’s say it bluntly: those hideous dictatorial regimes aren’t going to be around forever.  They may hold on for a while, sure; but they are on the wrong side of history.  Using Middle Eastern tactics, Western weaponry and oil revenues, they might be able to alternately bully and bribe their population for a while – even for a decade or two.  But no lumpenproletariat, however bullied, bribed or indoctrinated, has remained acquiescent forever.  The Middle East is filled to the brim with frustration, simmering in the hearts of two hundred million young Arabs: unemployed, hopeless, maltreated and humiliated.  It is only a matter of time until their anger bursts forth, sweeping away the tyrants – whether ‘secular’ despots or Islamist chieftains – who have robbed them of their future and their dignity.  And when that happens, will Israel want to be perceived as an ‘ally’ of those despicable tyrants?  Or will she want to be found in opposition to them – and hence in a better position to immediately join forces with her natural allies, the forces of modernity?

I understand the temptation.  But those who cannot remember the past are condemned to repeat it.  Haven’t we been here before?

In the mid-1950s, besieged by relentless Arab enmity, Israel (under the prime-ministership of David Ben-Gurion) allied itself with Britain and France against Egypt.  The Jewish state wanted freedom of navigation and trade through the Suez Canal – but for the two Western powers this was a last gasp of imperial ambitions.  Ultimately, Israel gained nothing – except a tarnished reputation – from that misjudgement.  In hindsight, it was a mistake for the Jewish state (itself freshly liberated from the British ‘Mandate’) to cooperate with the forces of colonialism – even against a common enemy.

In the mid-1970s, the same keen desire to break the circle of Arab enmity and boycott compelled Israeli leaders to maintain close diplomatic and trade relations with Apartheid South Africa.  Both the late Shimon Peres and Yitzhak Rabin have been involved in those relations – one can imagine the two Jewish leaders had to pinch their nostrils tight to shut off the stench of racism while pursuing that kind of ‘real politik’.  True, at the time most of the democratic world was happily doing business with that racist regime: Israel’s trade with South Africa ($200 million in 1986) was dwarfed by that of USA ($3.4 billion), Japan ($2.9 billion), Germany ($2.8 billion) and UK ($2.6 billion); the Arab world was selling it oil worth circa $2 billion annually.  Be it as it may, ultimately Israel gained very little from its relationship with South Africa at the time; but the perception of ‘friendliness’ between the two is still being used to try and delegitimise the Jewish state.

In the late 1970s and early 1980s (mainly under Prime Minister Menachem Begin), Israel forged an alliance with Lebanese Christians (in particular Maronite leaders).  The motivation was similar: both parties perceived a common enemy in the Palestinian terrorist organisations acting on and from Lebanese territory.  From a military point of view, the Maronite militias provided Israel with scant assistance during the war that eventually broke out; but they were to perpetrate the famous Sabra and Shatila massacres, which were again exploited to tarnish Israel’s reputation.

In summary, every time Israel has chosen unsavoury ‘allies’ in the name of some misconceived ‘real-politik’, she has ended up gaining little and instead paying a heavy price in damage to her public image.  Promoters of ‘rapprochement’ with Arab despotic regimes – beware!

But there are also positive lessons that can be learned from the past.  In late 1970s, under Prime Minister Begin, Israel offered asylum to 360 Vietnamese ‘boat people’ – refugees fleeing for their lives from the Communist takeover of their country.  Israel granted them citizenship, full rights and government-subsidized apartments.

In 1993, at the height of the Yugoslavian civil war, Israel (then under Prime Minister Yitzhak Rabin) offered asylum – and permanent residency – to circa 100 Bosnian Muslims.  They were initially hosted by the kibbutz movement, but Arab Israelis soon became involved in helping them. 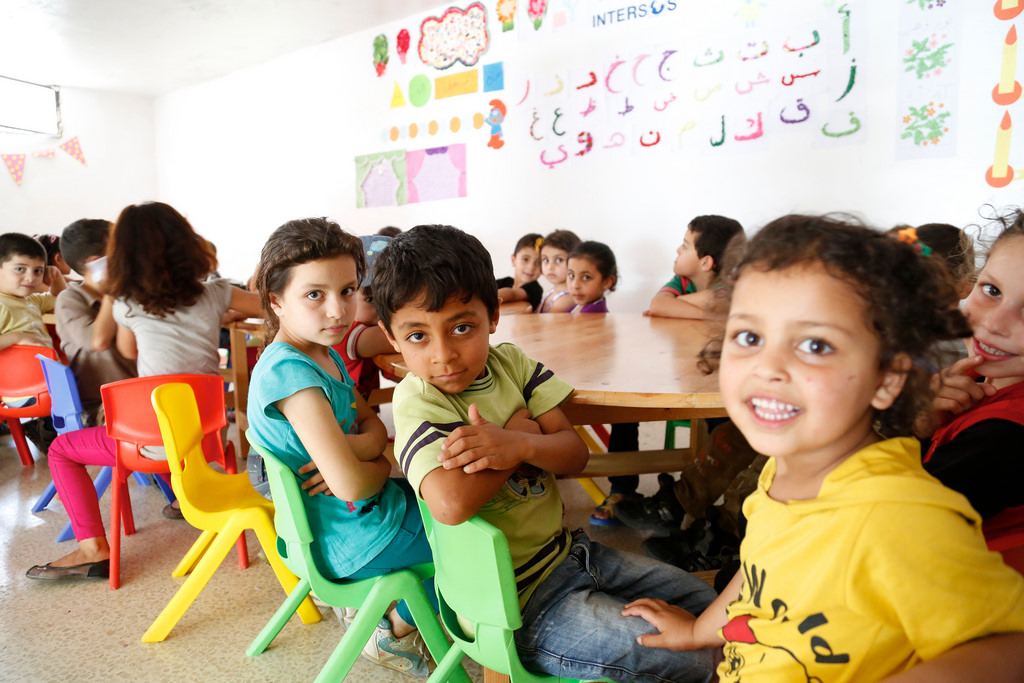 Since the beginning of the Syrian civil war, Israel has been helping thousands of Syrian Arabs – with no regard to faith or political opinion – by offering them free medical treatment.  But here is something else that she can do: offer asylum to – say – 500 Syrian children.  And, just so there is no doubt as to Israel’s purely humanitarian intentions, why not entrust them to the care of Israeli families of the same faith as the children – be they Muslim, Christian or Druze?  That – not cuddling up to hateful dictators – is the type of ‘rapprochement’ I would whole-heartedly support.