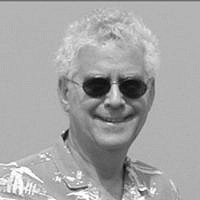 The Blogs
Allan Fox
Apply for a Blog
Please note that the posts on The Blogs are contributed by third parties. The opinions, facts and any media content in them are presented solely by the authors, and neither The Times of Israel nor its partners assume any responsibility for them. Please contact us in case of abuse. In case of abuse,
Report this post.

There is conversation these days here in Toronto over the delays in vaccinations in Ontario and Canada, suggesting trading Ontario Premier Doug Ford and Prime Minister Justin Trudeau for Israeli Prime Minister Benjamin Netanyahu. But before opening the negotiations to do a trade for Netanyahu, please consider the current data.

On March 8, there were 3,592 new infections reported in Israel with 22 new deaths. On the same day in Ontario, there were 1,631 cases and 10 new deaths. Both of these totals are way down from January, when Israel had a peak of 10,204 new cases in one day with a peak of 4,249 new cases in Ontario. But maybe Canada is so delayed for vaccines because Netanyahu overspent and overbought on the world market.

Israel’s population is around 9 million while Ontario is around 15 million. Adjusting for population, on March 8 Israel had about 4 times more new COVID cases than Ontario. That is despite Israel having mass vaccinations for three months, and Ontario just getting going now. Both places are loosening lockdowns. But, the Israeli media are expecting a new curfew or lockdown by Passover after the election because of the remaining high numbers of COVID cases. The journalists understand.

Netanyahu’s re-election campaign, not surprisingly, is focused on the number of vaccinations, not the continuing high levels of COVID.

This election campaign also uses the joint research data agreement with Pfizer as another highlight of Netanyahu’s prowess as a leader. I’ve done medical research for decades, sometimes cooperating with a vendor. In those instances, the material being researched with data-sharing gets provided free or at least not above cost. But Israel has paid multiple times the world price for vaccines. My question is where are the Netanyahu research monies going right now?

Of course, there must be other factors that explain why Israel is doing so much worse controlling COVID than Ontario, despite the small number vaccinated in Ontario. In Israel, part of the blame seems to have fallen on non-compliant minorities. Many of the 20 percent of the population who are ultra-Orthodox seem to reject calls for masking, distancing, and limiting social gatherings, never mind refusing vaccines. Netanyahu has limited the use of severe measures to enforce COVID rules in this group seemingly because he would lose the votes of the right-wing religious parties, who support his bid for prime minister.

Much of the Arab-Israeli citizen minority, another 20 percent of the population, seems to reject vaccines as they don’t trust the government and reject government oversight of their rights. Many especially seem to reject Netanyahu as he has used race-baiting in his campaigning and governing for a long time. Now he is trying hard to embrace the Arab electorate to neutralize Arab-centred parties that have gained a good number of seats in recent elections. Meanwhile, there has been a vaccination publicity campaign in Arab media and visits to Arab towns by Netanyahu and party officials.

Expressing opinions about our Canadian and Ontario leadership is still possible, but Ontario should not choose Netanyahu as a role model. He failed to keep Israelis safe from COVID, even with vaccines. From these case numbers, I prefer to wait more safely in Ontario than be vaccinated earlier by Netanyahu.

This was modified from the article by Allan Fox, Canadian Jewish News online, March 9, 2021.

About the Author
Allan J. Fox is a retired Toronto neuroradiologist with 56 years of involvement in Israel, including many volunteering practice periods.
Related Topics
Related Posts
Comments