The Blogs
Michael Benjamin
Apply for a Blog
Advertisement
Please note that the posts on The Blogs are contributed by third parties. The opinions, facts and any media content in them are presented solely by the authors, and neither The Times of Israel nor its partners assume any responsibility for them. Please contact us in case of abuse. In case of abuse,
Report this post. 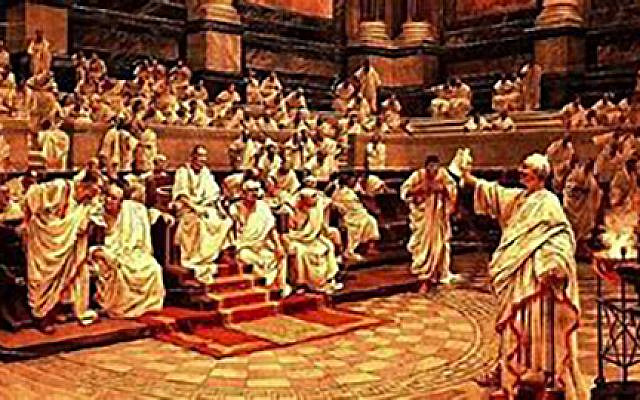 We had heroes, unflawed men of the hour, when I was a boy. Their hour came, and their hour went.

Many would claim that Bibi Netanyahu should heed the message, ‘live in your glory.’ Some did not heed the message: Eisenhower, De-Gaulle, Churchill, and Montgomery. Their success demanded two things: that they were initially capable of adopting and leading long-term and critical thinking. Only adoption of a patrician role determined the triumphant return.

Israel’s long-term strategy is to survive and to bring Jews home. Ben-Gurion devised a simple tactic—the alliance with a circle of non-Arabic states forming a ring around our implacable Sunna Arab hinterland.

Two things happened: the alliance of the ring withered and died, and we received the whole of the Land of Israel. With the changes, our status as the beleaguered David changed to the bullying Samson. We morphed from the admired to the despised. The guilt of the Holocaust morphed into the convenient cow-towing as Europe indulged itself in its own Jewish- Muslim long-term population exchange. 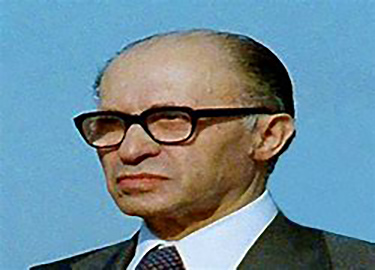 Menachem Begin redefined our long-term strategies. He made peace with our most significant and Sunna neighbour, albeit one that found it hard to decide if they identify as Arabs, Africans or Egyptians. Even more puzzling is their deliberations if the pact was a cold peace or a long-term cease-fire. In the length of time, it proved to be the former. Begin’s prescient, brave move proved fruitful.

Begin addressed the elephant in the room—the Land of Israel and its inhabitants. He declared that Jews had the right to live anywhere on their land. Rabin and Peres, out of weakness, permitted the first so-called settlements. Menachem Begin actively sought the redemption of all our Land of Israel. Begin recognised another two crucial points: that we had no desire or need to rule the Arabs in the newly returned parts of our homeland. He carefully and, as always, accurately foretold that they could never make the peace that Sadat had made in the name of Egypt. Begin foresaw ‘Autonomy-plus; Independence-minus.’ Begin assumed that only one erstwhile Palestinian body could negotiate with Israel as to how we go to this endpoint.

Rabin and Peres tried to ‘force march’ the paradigm by imagining that Arafat was such a partner. They coined the erroneous term: ‘Two States for Two People.’ Arafat was not Sadat; as a result, the world and half of Israel bought into a fallacious simplistic, bastardised formulation of the Begin formula.

The neologised, false concept failed severely. In the name of this malapropism, poorly thought-out retreats progressed into a long-term, festering source of tension- if not worse.

Rabin, the first of the Sabra Prime Ministers, redefined Israel from the Shtetl mentality to the Fortress Israel. Rabin made many mistakes (a deluded attempt to sacrifice the Golan) but has one crucial strategic contribution. Rabin implied that we could no longer live in fear but carefully and proudly in a hazardous area. Nevertheless, the left-wing government had little to add to our strategic thinking; quite the opposite is true. The misconceived and amateurishly executed Oslo Plan and flawed retreat from Lebanon have caused us no end of problems to this day. 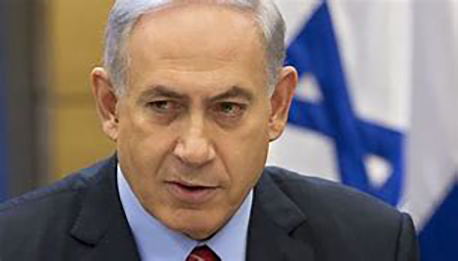 Netanyahu furthered the Rabin concept, adding ligament, muscle, and bones to a nebulous concept. Netanyahu defined Israel’s new strategy; as the strength to beat our enemies and not merely defend ourselves. To this end, he dismantled a stuttering socialistic economy, beat the world economic crisis by appointing and listening to Stanley Fisher and set up the ‘Start-Up Nation.’  On selecting Yoram Steinmetz, together, they achieved the unthinkable, Israel exports water and hydrocarbon energy.

Netanyahu then took a leaf from Begin’s book; he defied an American President. Bibi refused to accept the American desire to forgo the Sunna Arab and further the Shi’ia Persian bloc. This action led directly to another miraculous change—The Abraham Accords.

Netanyahu fell as he attempted to address and evolve the strategy of bringing the Sunna within the Land of Israel into the Abraham Accord.

I want to ask and answer three questions.

Why did Bibi fall? Most politicians aspire to be statesmen and patricians; Bibi was always a statesman and is now portrayed as a cheap politician involved in and with himself. His self-professed antics showed how out of touch he was.

Is Bennett a successor? No, because Bennett has neither acumen nor political clout to differentiate between long-term strategy and short-term gains. His botched-up rapprochement with the Israeli Arabs is the antithesis of what Netanyahu wanted or saw. Bib wanted regulated incremental involvement. We got hands around our throats instead of hands-on cooperation. This failure alone is proof sufficient.

How do we get Bibi back? I am amongst those who believe Bibi failed himself. What he did is unacceptable. If Bibi is to return, he must do so as a patrician. Patricians are human; humans make mistakes. Patricians and true leaders accept that;  King David was not the most virtuous of men. Bibi is neither a king nor above reproach and remorse.

I would be first to shout from the highest hill how glad I am to see him back—but only as of the patrician we need and not another squalid, self-centred politician. We have more than enough of those, and we need the patrician Netanyahu. The essential way back is simple and obvious.

About the Author
Born in Leeds in 1944, Michael Benjamin is a retired Psychiatrist and medical auditor, co-founder of Oranit, aspiring author and inveterate cynic.
Comments