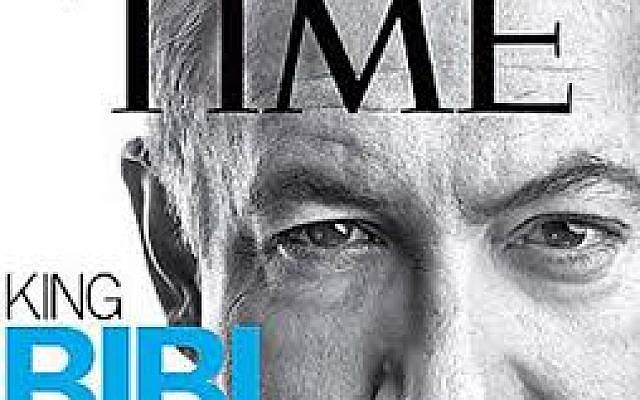 “Insanity: doing the same thing over and over again and expecting different results”

This word & quote misattributed to Einstein comes to mind when thinking of the Israeli electorate. In a country filled by prideful people who refuse to be taken advantage of, the Israel of the past ten years has been an Israel filled with suckers.

Benjamin Netanyahu is no longer Prime Minister; he is a King — at least in the eyes of those who vote. Yes, you can throw the statistics that show only 15% of the country actually votes for him — but he is still in the driver’s seat; still untouched by numerous scandals and criminal investigations that will never see the light of day — and almost feel irrelevant these days. He has brought down better men than him, besmirched his friends and those he hailed in the past in order to advance his own agenda. He is the antithesis of loyal and this is dangerous.

He has lied to the electorate, time and again; exposed secrets of friends in order to take the media focus off of him. Benjamin Netanyahu, for all the good the country has seen during his tenure, has robbed the country of the integrity that has kept the Jewish nation thriving from generation to generation.

After the last election, former IDF Chief of Staff Benny Gantz made an impossible choice, send the country into elections again or partner with a deviant, untrustworthy Netanyahu in order to deal with a pandemic that was gripping the world. Gantz made the right decision and he held it up honorably. Many would blame General Gantz for going back on his word to not sit under Netanyahu, but like a general, when faced with a changing battle he made a decision in the best interest of the country.

It was Netanyahu that chose to break the deal they signed. It was Netanyahu that lied to the people, to his coalition partners and to his own party members and yet, it is Gantz who is getting the blame for the breakup of the government. If there is something to learn from this recent time spell from election three until now, it is that even more — Israel is a country of suckers — prideful suckers, but suckers nonetheless.

If there was one insult that would rile up an Israeli, it is calling them a “Freier”. While Google translate correlates the word to sucker, in Israel it goes beyond that simple English meaning of someone who got duped.

To be a Freier in Israel is to fail at being an Israeli — simple as that. All that machismo the country is known for; that gritty self-preservation and unapologetic success the country has is driven, in part, by the motto that Israel was built upon, ‘Never Again’ (will we allow anyone to take advantage of us)’.  The drive to not be a Freier is a big part of the mindset that has made Israel a powerhouse in tech, medicine and digital innovation and is a massive part of Israel’s collective identity. It is also why you cannot find a road in Israel where drivers do not think it is a race to the finish, or when you try to return a defective product the company makes you feel like you did something wrong.

To this day, I see myself as an outsider looking in. I am indeed a citizen of Israel, I have lived here for almost fifteen years and in that time helped an Israeli start-up gain unimaginable success, raised a family and am about to see my fourth child get drafted into the Israel Defense Forces. I am a proud Jew, a proud Israeli. This country has been very good to me and my family and yet because I spent 30-plus years in another land, I still feel that I don’t always fit in, I don’t always ‘get it’. Take the Freier thing as an example. I understand the need to fight tooth and nail to ensure we are not being taken advantage of or conned somehow — and still, when I look at Netanyahu on the news each day, all I see is a country filled with suckers who continue to back him.

Israel’s electoral process and style of government is flawed, fundamentally. This is a fact. The country never set up proper rules, procedures or even settled on a type of government it wanted to be — it never had the chance as from the start threats by players who could make or break the country prevented such things from ever happening. Israeli politics can be summed up like this, there is a Right, a Left, an Arab and a Religious — and while the world sees us as a far-right country the truth is as far from that as it can be. Israel is a fractured country politically filled with complacent people who complain but choose to do nothing about it come election time.

Benjamin Netanyahu has been leader of this country for far too long. He has lied, cheated and maneuvered his way towards accomplishing his goal — there is only one in his book for the record, ‘stay in power’. Look at his tenure — the country, like his own political party has fractured into bits and pieces. Once ‘friends’ of Bibi have abandoned him to start their own political parties and challenge his leadership and every cycle brings another defection ‘shock’. Bennet, Shaked, Saar and so many others who were all loyal to him and the Likud party have left because of the leader and yet the Israeli electorate continues to push Bibi into power.

Benny Gantz was a revered man and still should be. As Chief of Staff, he commanded the respect of the nation and earned the praise from Netanyahu among many of his current political rivals. He is not a politician in his soul, he is a civil servant, a Zionist. He served his country and the people with dignity and yet the people did not give him a chance to even try to do that in the political realm.

When the election is over, Netanyahu will still be king — no matter who ‘wins’ the election. Gantz won last time and look where we are today. No one is voting for change; they are voting for the same thing packaged differently. Netanyahu is happy with status quo, for him that means he can still live off the people — enriching himself and making us pay for cleaning his pool in Caesarea. Netanyahu is the sucker’s bet — and from the way things have gone, when round four is complete we will see that the nation that abhors being suckers is actually a nation filled with them.