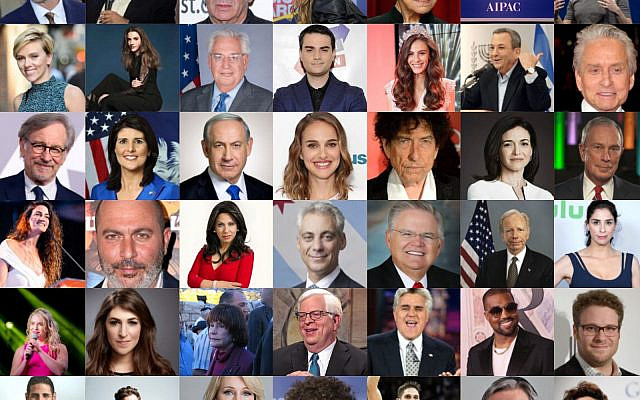 Let me ask you a question.

What do basketball, the courtroom, Christianity, Netflix, modeling, and politics all have in common?

Most of the year, absolutely nothing.

But this week- the week before Hanukkah- absolutely everything.

Amare Stoudemire, Alan Dershowitz, Pastor John Hagee, Lior Raz, Adar Gandelsman and David Friedman all have a common denominator: their support for Israel and Tikun Olam. These 6 famous individuals are only 6 of the 62 nominees that might receive the Korenvaes Miracle Award this year.

Let’s back up a minute and start from the beginning.

The Korenvaes Miracle Award was created last year as a way for people in the world to vote for who they think deserves the most recognition for supporting Israel and Tikkun Olam. 62 people are listed on this website and all you need to do is vote for 8 individuals, one for each night of Hanukkah, that you believe should be honored for their commitment to Tikun Olam and Israel.

Each night of Hanukkah, United Hatzalah will publicly award one of the honorees with the most votes at its HQ in Jerusalem, and the winners will receive a beautiful award and a special gift from United Hatzalah. 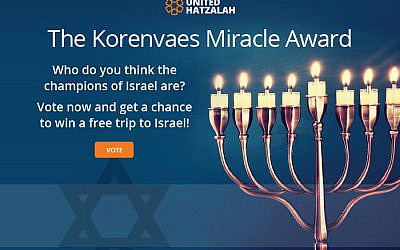 (Oh- and did we mention that after voting you’ll automatically be entered into a raffle to win a FREE FLIGHT TO ISRAEL and 4 nights of accommodation at a hotel? So yalla, it’s worth it.)

What does all this have to do with United Hatzalah? Good question.

Here is the simple answer. United Hatzalah contains Tikkun Olam in its very own DNA. They have spread their innovation, which was born, bred and spread in Israel, all around the world to countries such as Panama, Brazil, India, America, Ukraine and Argentina. Its innovative model which combines the iconic ambucycle, their highly developed “Uber-like” system that locates the medics, and the volunteers, is what people like about this organization. But what do people love about United Hatzalah? That it’s making the world a better place, in essence, it promotes Tikkun Olam. It is bringing together Arabs, Jews, Christians, secular and religious. It is creating a bridge between two hostile neighbors. It is bringing Israel one step closer to peace between rivalries. It metamorphosizes “regular” men and women into the heroes of Israel. It takes humanity and uses its strengths to help the community at large. It invites its very own citizens of Israel, the dressmaker, hairdresser and garbage man, to become lifesaving individuals who get instilled with self-worth after they start making a difference in the world. United Hatzalah is saving Israeli lives every single day but the ripple effects of this organization will stamp its impression all around the world forever. 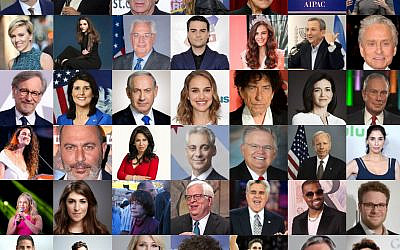 Elena Kagan, Associate Justice of the Supreme Court of the United States

Ruth Bader Ginsberg, Associate Justice of the Supreme Court of the United States

Sheryl Sandberg, COO of Facebook and friend of UH

Please note: You may only vote once and if you win the free ticket, you will be asked to share your picture and name for publicizing on social media.