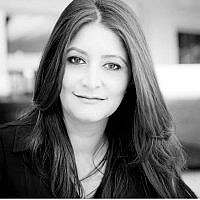 The Blogs
Shabina Asad Qayyum
Apply for a Blog
Please note that the posts on The Blogs are contributed by third parties. The opinions, facts and any media content in them are presented solely by the authors, and neither The Times of Israel nor its partners assume any responsibility for them. Please contact us in case of abuse. In case of abuse,
Report this post. 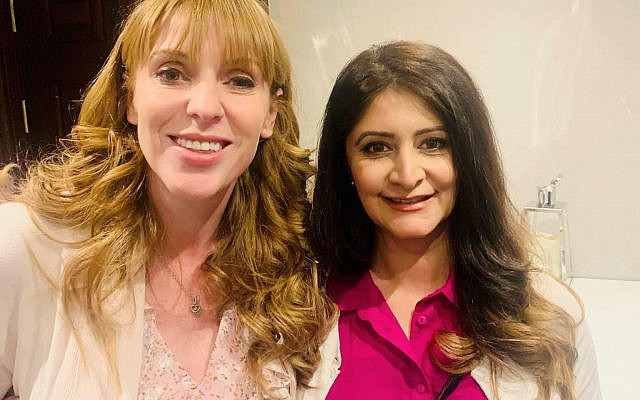 I was honoured to have had the opportunity to write a blog for Jewish News a few months ago. What I wanted to establish is that I wasn’t going to use the opportunity as an exercise to clear my name.

Holding elected office as a Labour CLLR is a privilege and comes with significant responsibilities. It must involve demonstrating what active steps have been taken to rectify past mistakes. I believe strongly in the Macpherson principle when it comes to racism. It is only the Jewish community that can arbitrate on whether I’ve shown sufficient remorse and a willingness to educate myself.

The Labour Party under Keir Starmer has been very clear on its stance dealing with antisemitism. As a councillor, I want to play my part in ridding our political movement of the stain of antisemitism.

As a Muslim woman, I want to do whatever I can to help foster improved interfaith and community relations, and end the divisive and sectarian politics that has sadly seemed all too common since my political activism began in 2017. After my own experience, I believe I have a greater responsibility than most in helping ensure the Labour Party is as friendly and cohesive an environment it can be for our Jewish friends and comrades.

Never again should anyone in the Jewish community feel that their political identity directly conflicts with their religious identity. The Labour Party can never profess to be a moral crusade if it isn’t a natural political home for the most discriminated against ethnic minority in the history of mankind. As a BAME woman l have had to navigate the patriarchal world of politics and the difficulties this can entail.

As a councillor, I want to play my part in ridding our political movement of the stain of antisemitism.

Therefore, I feel I can particularly empathise with my Jewish friends and comrades who found the Labour Party a hostile environment before 2020 as detailed in the EHRC report, and it is imperative that I take proactive steps to bring people together, as opposed to the divisive factionalism we have seen far too often in politics in recent years.

I wish to set out some of the steps I have taken in recent months to become a strong an ally to the British Jewish community as possible. Late last year, I became a trustee of the charity, Friends of Roots. I was grateful to be introduced to this organisation, who do wonderful work in the area of interfaith relations by Leon, a Jewish friend in north-west London, who contacted me after reading my previous Jewish News blog.

It was heart-warming to be so warmly embraced by Rabbi Hanan Schlesinger and Steven Longden in Manchester when attending my first Friends of Roots meeting. It was fascinating to hear about the work this organisation does to try and advance peace and reconciliation through inter-community collaborative workings in the Middle Eastern region.

I have also been privileged to speak with the Chairs of Nisa Nashim, the Jewish Muslim sisterhood organisation in the UK and explore increased collaborative workings between Muslim and Jewish public representatives. We have several meetings scheduled for later this year with the intention of setting up a country wide consortium and sub-group of Muslim and Jewish councillors, working together to eradicate religious discrimination from both the left and right of British Politics. I have been honoured to connect with Councillor Sara Conway, in Barnet, who is a trailblazer for women in Local Government and I look forward to meeting her very soon.

I feel very fortunate to have made a great friend and political mentor in Rabbi David Mason, who I was pleased to support in the recent local elections campaign in Haringey. I enjoyed a beautiful and enlightening tour of Muswell Hill Synagogue from Rabbi Mason a few weeks ago. Rabbi Mason is well-versed with the complexities surrounding interfaith relations, and does such valuable work trying to improve community cohesion within Haringey.

It was adorable watching children at the synagogue affectionately greet him and say ‘Hello Rabbi David!’ It was an incredibly informative visit, including learning about the importance of the ‘Mezuzah’ on every Jewish household’s door. It was moving and poignant to read The Prayer in the Torah that spoke of a love of Crown and Country and its a message of peace and conciliation.

I believe it is incumbent on everyone in the Labour Party to reflect carefully on recent year’s events and the deterioration in relations with the Jewish communities. We cannot call ourselves a One Nation party if there is seen to be a hierarchy of racism within our party.

I am indebted to the Jewish Labour Movement’s Mike Katz and Rebecca Filer for the antisemitism training I received several months ago at the Eastern Region Labour Party Conference. I was delighted to see Rebecca’s well-deserved election to Camden Council a few weeks ago; A very formidable and charismatic young woman whose a wonderful role model figure to young women that aspire to one day hold elected office. I am grateful to everyone who has played a part in this educational journey that I’ve begun on and hope this is only the start.

I hope that I have also been able to play a small and insignificant part in helping make the Labour Party a safe and welcoming place for Jewish friends and comrades once again. Finally, the recent Bank Holiday weekend provided a once-in-a-thirty-year opportunity to celebrate the brilliant diversity that our country is home too. I was very blessed to attend an Easter Service, observe Ramadhan with my family, bake a Passover cake for a Jewish constituent Johnny which I delivered to him with a card that stated “Chag Peach Kasher Vesame’ach!” It was a beautiful occasion.

It’s not the end. For me and likeminded friends in the party, this is just the beginning. I’d love for you all to share my journey with me, for being a public representative isn’t about me. It’s about everyone we represent and beyond, to place their faith and trust back into their politicians again.