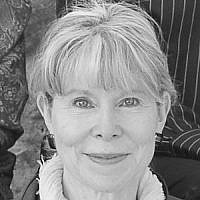 The Blogs
Ziva Dahl
Apply for a Blog
Advertisement
Please note that the posts on The Blogs are contributed by third parties. The opinions, facts and any media content in them are presented solely by the authors, and neither The Times of Israel nor its partners assume any responsibility for them. Please contact us in case of abuse. In case of abuse,
Report this post.

On January 11, Benjamin Netanyahu spoke at the Great Synagogue of Paris at a service to memorialize the four Jewish men slaughtered at the kosher supermarket two days earlier.

Parisian Jews turned out in numbers to cheer and applaud. They listened to Bibi reassure them that “any Jew who chooses to come to Israel will be greeted with open arms and an open heart.” The service concluded with the singing of the French national anthem, “La Marseillaise,” and Israel’s national anthem, “Hatikvah.”

What a special moment in the history of the Jewish people! Here were French Jews who have been terrorized by Islamists and continue to fear for their lives being assured by the leader of Israel that, no matter what, they can always take refuge in the Jewish state of Israel, a nation which will unconditionally welcome them.

How different from the situation prior to Israel’s founding in 1947.  Jews desperate to escape from Nazi tyranny found no safe harbor. Even Palestine, mandated by the League of Nations to become a Jewish state, was closed to them by the British who administered the area. With nowhere to go, millions of Jewish people, innocent men, women and children, ended up in Hitler’s crematoria. Six million died. The painful lesson the Holocaust taught the Jewish people was that in your darkest hours the world will do next to nothing to save you.

On January 11, in the Great Synagogue in Paris, Jews were worried about their situation in France, concerned for their safety and their children’s future. But, unlike before World War II, they knew in the deepest recesses of their beings that in time of need, when savages attack them for being Jews, there is one state that will offer them refuge and protection from antisemitic fascists, radical Islamists or any other threat to their lives. Today, thanks to the existence of Israel, Jews can live as citizens of countries around the world safe in the knowledge that never again will they be alone, never again will they be stateless, never again will their survival depend on others.

When Bibi Netanyahu concluded his speech in Paris at the Great Synagogue with the rousing words, “Am Yisrael Chai!” (“The People of Israel lives!”), the Jews of Paris cheered.

About the Author
Ziva is a retired financial investment advisor with an MA in public law and government. She has written and lectured about Israel and Zionism.
Comments