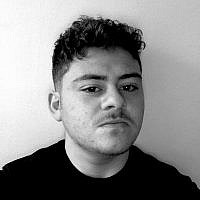 The Blogs
Aidan Segal
Apply for a Blog
Please note that the posts on The Blogs are contributed by third parties. The opinions, facts and any media content in them are presented solely by the authors, and neither The Times of Israel nor its partners assume any responsibility for them. Please contact us in case of abuse. In case of abuse,
Report this post. 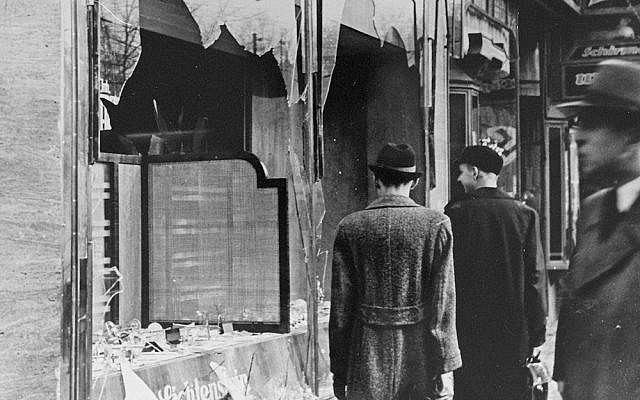 In the winter of 1944, an Auschwitz-Birkenau prisoner named Murray Scheinberg watched as the camp’s latest arrivals exited the boxcar of a train and onto a selection ramp to be chosen for either forced labor or certain death in the gas chamber. One Nazi officer took particular notice of a woman carrying her six-month-old child and demanded that it walk — something it obviously couldn’t do. When the mother refused to give up her child, Scheinberg watched in horror as the officer ripped the baby from her arms and threw it in the air.

“If you can’t walk, you will fly,” the officer said before shooting the airborne baby.

Scheinberg’s nightmare testifies to the uniquely subhuman cruelty “the life unworthy of life” faced in the Holocaust — Nazi Germany’s systematic, state-sponsored genocide of six million European Jews. Contemporary political commentary would suggest, however, that the barbarity of the Third Reich remains an everyday occurrence in an America where a Fuhrer illegitimately ascends the ladder of power to the White House, a Schutzstaffel donning black vests round up and deport immigrant children to the chain-linked concentration camps on the southern border, and a lawless Gestapo in blue methodically arrest and execute minorities in broad daylight.

A ubiquitous phenomenon that paints a grim picture of a dystopian world full of political disappointments and inflated social dilemmas, the Holocaust has become what journalist Glenn Greenwald calls “fun little playthings,” allusions carelessly thrown around by politicians, journalists, and social media users to fear-monger and project their self-righteousness. In reality, comparisons of humanitarian matters to the Holocaust seldom reach the severity of the Final Solution. Consequently, they stifle civil discourse and trivialize history’s greatest crime — a memory that is quickly fading from the American conscience.

The bulk of contemporary Holocaust exploitation seemingly came about upon the rise of Donald Trump. Though the president’s brash rhetoric and flirtation with factions of the far-right understandably prompt condemnation across the ideological spectrum, many of his opponents resort to hyperbolic extremes. In recognition of the 82nd anniversary of Kristallnacht, CNN’s Christiane Amanpour encountered criticism for her likening of the Trump administration’s “attack on fact, knowledge, history, and proof,” with the vicious Nazi pogrom which killed at least 91 Jews, and destroyed thousands of Jewish businesses and synagogues.

Even in her apology demanded from Jewish groups and the State of Israel, Amanpour failed to specify the people who were persecuted during the Holocaust, effectively de-Judaizing the “Night of Broken Glass” for a symbolic assault on certain principles, rather than a historical marking of the genocidal violence to befall the Jews in the coming years.

In good company with the television host is New York Rep. Alexandria Ocasio-Cortez, who toils with the rhetorical cheapshot known as “reductio ad Hitlerum” when addressing American immigration policy. Ocasio-Cortez alleged that the “fascist” Trump is running “concentration camps” on the Southern border. America’s broken immigration system may in fact be inducing a humanitarian crisis, but the congresswoman’s unparalleled distortion recalls a painful history of the mass incarceration and mechanical slaughter of Jews.

Holocaust analogies are not exclusive, however, to the morally outraged left. Government-attempted regulation of abortion, gun rights, and more recently COVID-19 resolutions are sometimes viewed as extensions of the Third Reich by disgruntled conservatives. Mask procedure and self-quarantine have even elicited ridiculous comparisons to Nazi totalitarianism and Anne Frank’s Secret Annex, respectively.

Even in justifiable opposition to those various policies, it’s entirely unnecessary and unproductive to invoke the Holocaust to rationalize taking a particular position against such matters. Doing so only complicates those issues from being addressed.

“Whenever we apply that political or moral comparison, we set the bar for inhumanity as high as possible,” historian Sylvia Taschka writes, and risk policies only becoming “worthy of moral outrage if they lead to genocidal violence.”

Not only that, exploiting the Holocaust diminishes the experiences of those who have actually suffered under a regime poised to erase an entire people. For survivors like Scheinberg, the Holocaust has no underlying metaphor — what occurred was nothing less than the real-life depravity of humanity’s viral hatred towards Jews.

“It is all too easy to forget that there are many people still alive for whom the Holocaust is not ‘history,’ but their life story and that of their families,” Edna Friedberg of the United States Holocaust Memorial Museum writes. “They carry the painful memories of the brutal murder of a cherished baby boy, the rape of a beloved sister, the parents arrested and never seen again.”

The usual suspects propagating these sort of historical analogies are often among the least informed about the Holocaust. According to a study conducted by the Conference on Jewish Material Claims Against Germany this year, 48% of American millennials and Gen Z couldn’t name one of the 40,000 Nazi-run concentration camps, 56% didn’t know what Auschwitz was, and 11% believe the Holocaust was the fault of the Jews.

It’s quite telling that so many of those who quickly lambaste that which they don’t like as Nazistic, fail to even comprehend the most basic of crimes the Nazis committed. More troubling, the study reveals the obscurity to which the Holocaust has fallen — “Never again” has become evermore forgotten.

Relegating the memory of the Holocaust to what Friedberg calls a “flattened morality tale” in the spirit of social justice may simply be an exercise in futility, but some examples are explicitly prime movers of anti-Semitism.

Zionism, the idea of Jewish self-determination, is frequently equated with Nazi ideology by the State of Israel’s most vocal critics. Anti-Zionist organizations like the Boycott, Divest, Sanctions movement reject the indigeneity of the Jews, libeling Israelis with accusations of apartheid and ethnic cleansing. The Jewish state’s supposed Nazistic government being the sole obstacle to peace in the Middle East and autonomy for Palestinians who enjoy full rights of citizenship in Israel, including political representation and Supreme Court service — a far cry from the Nuremberg Laws.

Though the Holocaust certainly tipped the scale for Diaspora Jews to heed the call to return to their ancestral homeland, Zionist aspirations for a homecoming existed for centuries, but pseudo-sympathizers like Michigan Rep. Rashida Tlaib remember differently. The congresswoman spoke of the “calming feeling” she has for the Holocaust, for she believes her Palestinian ancestors selflessly sacrificed their livelihood to provide the war-torn Jews a “safe-haven.” Her gross mischaracterization of the establishment of the State of Israel blatantly ignores the collaboration between the Palestinian leadership and the Third Reich. Leading up to the Holocaust, Haj Amin al-Husseini orchestrated murderous riots against Jewish citizens and subsequently met with Hitler in 1941 to discuss extending the Final Solution to the Arab world.

For whatever misfortunes cast upon the Palestinians, this particular comparison radically perverts the tireless efforts of Israelis seeking to coexist with their ethnic minority population, knowing Germans sought to burn theirs. That the lone Jew among the nations be likened to the force that sought their very extermination — by a people who often traffic in the same line of hatred no less — denotes just how twisted and anti-Semitic these analogies can be.

More often than not, Holocaust analogies aren’t espoused with malicious intent, but the motivations are irrelevant to the same results they bring about. Diminishing the memory of the “Shoah” — the Hebrew term meaning “calamity” — to mere political point-scoring more aptly encapsulates the attack on “fact, knowledge, history, and proof” which Amanpour speaks of.

No matter the extremity of today’s political turmoil or humanitarian conflicts, it’s essential that the Judeocide of the twentieth century be remembered as the industrialized murder of a people — not rhetorical fodder for public servants and activists. In an age of extremes, Holocaust exploitation remains a phenomenon unlikely to dissipate, but more disheartening, a phenomenon wielded at the expense of a prisoner in Auschwitz and the millions who shared his nightmare.

About the Author
Aidan Segal is a student at the University of Pittsburgh, and a fellow for the Committee for Accuracy in Middle East Reporting and Analysis.
Related Topics
Related Posts
Comments