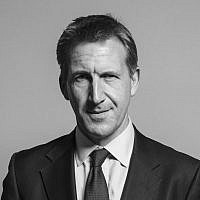 The Blogs
Dan Jarvis
Apply for a Blog
Please note that the posts on The Blogs are contributed by third parties. The opinions, facts and any media content in them are presented solely by the authors, and neither The Times of Israel nor its partners assume any responsibility for them. Please contact us in case of abuse. In case of abuse,
Report this post. 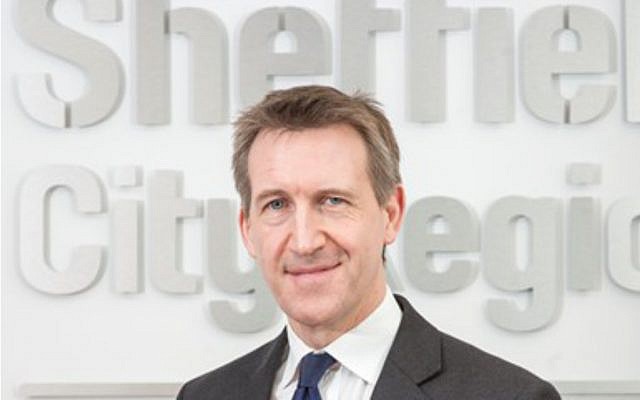 Last summer, Lord Jonathan Sacks asked whether we still have a place for morality. He did so because at a national level many of the values, virtues and ideals that bind us together are under assault. I believe that the foundations of that assault were laid 40 years ago, when we were told there was “no such thing as society” and the post-war consensus began to get dismantled.

With this, and the policies that accompanied it, Britain began to lose its belief in collective responsibility and of shared values. Instead of considering what was right and what was decent, we focused on what was commercially possible and what was legal. As Lord Sacks observed, we gave away our moral agency to the market and the state.

Since then, things have got worse. A decade of austerity, the uncertainty of Brexit, and ever-increasing inequality are now what define our shared experience. It is that which provides the context to people’s moral choices.

In the absence of the right solutions, we have instead seen extremists from all flanks ride in with their conspiracies, racism and calls for intolerance; accompanied by shaggy-haired charlatans peddling the poison of false promises. Extremist ideologies are now back in the mainstream. People’s identity is being used as a means of alienation.

In the face of these challenges, it’s the responsibility of all us who have a voice to remind everyone of not just what is good, but also what we have in common. We must say what we see to be right and what we see to be wrong. We must stop tolerating intolerance.

The leaders of that fight must be our politicians. As Miqdaad Versi, from the Muslim Council of Britain, wrote last year: it’s time for politicians to show leadership through the public statements they make.

With that in mind I will repeat what I said last year but have not said enough since. Our country and my party both have a problem with antisemitism. It is source of great shame that the Equality and Human Rights Commission have launched an investigation into allegations of antisemitism in The Labour Party. Antisemitism is racism. The Jewish Community have a right and a reason to be concerned. We all have a responsibility to solve this problem.

But words alone are not enough; they must be accompanied by deeds. That is why this week, the Sheffield City Region Combined Authority – which as Mayor I chair – passed a motion to both adopt the International Holocaust Remembrance Alliance definition of antisemitism and to adopt a working definition of Islamophobia. We’ve done so as a demonstration of our commitment to tackling racist and religious hatred wherever we find it.

The post war consensus still defines much of our collective consciousness and, if defended, can once again help guide our moral compass. But defend it we must. That is the challenge we now face, and it is one that despite the current challenges, I am confident that together we will overcome.