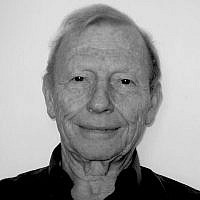 The Blogs
Zvi Mazel
Apply for a Blog
Advertisement
Please note that the posts on The Blogs are contributed by third parties. The opinions, facts and any media content in them are presented solely by the authors, and neither The Times of Israel nor its partners assume any responsibility for them. Please contact us in case of abuse. In case of abuse,
Report this post. 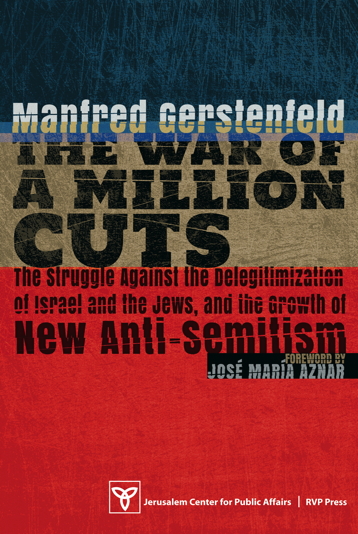 Dr. Manfred Gerstenfeld’s new book, The War of a Million Cuts (Jerusalem Center for Public Affairs and RVP Publishers), is virtually encyclopedic in its portrayal of the new anti-Semitism. According to Gerstenfeld’s definition, the new anti-Semitism reflects a shift in focus from loathing of the Jewish individual to hatred of the State of Israel. Here he perhaps does not innovate, but he presents a far more detailed and profound picture than that with which we are already familiar.

Gerstenfeld enumerates the sources of this new hatred of Israel, which are many and various, including political parties, civilian and social organizations, the United Nations, churches, media, academia, artists and individuals with public status, and also, both obviously and especially, the Arab states and Muslim organizations. The book’s unique contribution is in its powerful presentation of the delegitimization of Israel that results from this global hatefest. This has penetrated and continues to penetrate European society, causing ongoing harm — the “million cuts” — to the Jewish People and the State of Israel. Hence the title of this book.

The importance of this tome at the present time is obvious.

The Left and Radical Islam

Gerstenfeld writes that the “Holocaust only temporarily suppressed anti-Semitism in Western societies. Today it is still often not politically correct to publicly declare oneself an anti-Semite in those societies. Yet a substitute target has been found in Israel for the anti-Semites to direct their hatred at.” It is important to stress that anti-Semitism has never ceased.

Gerstenfeld mentions that anti-Semitism re-emerged shortly after the Second World War, when some European countries discouraged or prevented Jewish Holocaust survivors from returning to their homes, which in the meantime had been inhabited by others. Thus a situation was created reminiscent of the biblical verse “This is what the LORD says: Have you not murdered a man and seized his property?’ (Kings I, 21:19). The issue has never been resolved and it’s doubtful it ever will be. Thereafter anti-Semitism went through stages of ebb and flow. The period after the Six Day War was characterized by an ebb in anti-Semitism. However, with further developments in the Arab-Israel conflict, such as the second Lebanon War, and more recently, the Protective Edge campaign, anti-Semitism attained new heights.

During this time, writes Gerstenfeld, a new factor arrived on the European scene which became central to the issue: the mass immigration of Muslims, which laid the foundations for anti-Semitic Arab propaganda, in collaboration with the European Left. The proponents and perpetrators of the new anti-Semitism are very energetic in their combat against Israel, claiming that their words and actions represent legitimate criticism of Israeli policies in the territories, “against the occupation.” They even justify attacks against the European Jews, who they see as a legitimate target “because of their support for Israel, which carries out genocide against the Palestinian people.”

The most significant and severe expression of the anti-Israel cooperation between Muslims and European leftist organizations was sharply highlighted at the 2001 UN conference against racism, in Durban, South Africa. An unholy partnership of revolutionary, frustrated leftists and Muslims who, due to their culture, oppose human rights as they are understood in the Western world, led to the NGO’s notorious declaration in Durban. The declaration stated that Israel is a racist state which operates a policy of apartheid, and that “the Palestinians have the right to fight against it with all means at their disposal” until they achieve their goals, which include the return of all refugees to Israel. In other words, the aim is to destroy the Jewish State and deny the Jewish people the right to an independent state. Gerstenfeld sees in this statement, and rightly so, the basis for the development of the new anti-Semitism, represented by the incitement of global hatred of Israel. This is the underpinning for the Boycott, Divestment and Sanctions (BDS) movement, which has adopted the Durban NGO declaration as its rallying call.

Dr. Manfred Gerstenfeld, a Holocaust survivor, is an economist and an anti-Semitism researcher. He was born in Vienna. His family fled to the Netherlands when the Nazi influence increased. The family went into hiding and managed to survive the Nazi period. After completing his studies, Gerstenfeld commenced his career as an economic consultant, but was later drawn, in view of his personal experience and of his Zionist activities in the Netherlands and elsewhere, into the research of anti-Semitism.

His friend, the late Professor Daniel Elazar, who created the Jerusalem Center for Public Affairs, brought him in to the JCPA. Gerstenfeld found ample opportunity in the JCPA for his anti-Semitism research, which he developed in depth. Within the framework of the Center he founded the Post-Holocaust and Anti-Semitism program and brought many researchers from abroad to lecture on its various aspects. He turned the JCPA into one of the important research centers on the subject. He also served as chairman of the foundation until 2012.

Gerstenfeld has published many books and hundreds of articles, in a multitude of countries and in various languages. His writings focus specifically on his area of expertise — European anti-Semitism. The titles of his books express their content succinctly: the betrayal by Europe and its elites of the Jews and the State of Israel.

In the current weighty tome, Gerstenfeld lists the list of focal points of anti-Semitism, even if he warrants that this list is far from exhaustive. In order to illustrate the incomprehensible and substantial variety and seriousness of the expressions of hatred, he cites the perpetrators of the top anti-Semitic slurs of the past few years as published by the Simon Wiesenthal Center. In 2012 these included the Muslim Brotherhood Movement, the Iranian government, the Brazilian cartoonist Carlos Latuff, the anti-Semitic soccer supporters in Europe, the Svoboda party in the Ukraine, the Golden Dawn party in Greece, the Jobbik party in Hungary, Trond Ali Linstad — a Norwegian who converted to Islam, the German journalist Jakob Augstein, and Louis Farrakhan, the leader of the Nation of Islam in the United States. In 2013 the list included the Supreme Leader of Iran Ali Khamenei, Turkish President Recep Tayyip Erdogan, Richard Falk – the author of the UN report on Palestine, the BDS movement and so on.

The frequent and varied activities initiated by Muslims and leftist organizations has inflamed hatred against Israel, both in the political arena and in the street. This has occurred mainly in European countries but has also been visible in other continents. Its main expressions are endless attacks to blacken Israel’s name through comparisons with Nazi Germany together with accusations that Israel is intentionally killing Palestinian children and even perpetrating genocide against the Palestinians.

All this is accompanied by violent action against Jews and calls to exterminate the Jewish people. The slogan ‘Death to the Jews’ has become an accepted rallying cry in demonstrations in European countries. There are even efforts to discredit Judaism’s historical status as the origin of Christianity by insisting that Jesus was a Palestinian. This is done with the help of anti-Semitic groups. It is impossible to list all the fictitious accusations which are attributed to Israel. We are speaking of a well-oiled propaganda machine which works incessantly and uses the media and the social networks to amplify the messages and their impact. The obvious goal is to demonize and delegitimize, to isolate and undermine Israel, and in addition, to frighten the Jews who are perceived as its supporters.

Such a broad attack by such a large group of bodies over many years, stresses Gerstenfeld, aims to implant in the world in general, and in “enlightened Europe” in particular, the feeling that Israel and the Jews are the embodiment of evil, and that the destruction of Israel and the Jews is a desirable and acceptable goal.

All this, says Gerstenfeld, as the authorities in Western Europe close their eyes to the phenomenon, essentially abandoning their Jewish citizens. The media and the academic community either collaborate in the process or ignore what happens, and thus have become partners in the Muslim propaganda campaign. Furthermore, the lies about Israel’s policy and the false accusations of genocide against the Palestinians are accepted as true by the European Union, which pressures Israel politically and economically, thus causing the country much damage.

Gerstenfeld at the beginning of the book states that he did not intend to limit himself to the preparation of a theoretical academic document about new anti-Semitism, but rather to expose the perpetrators, their mode of operation and their aims in a systematic manner. His objective is to induce the Israeli government to plan an active policy against this phenomenon with all urgency, as the new anti-Semitism endangers the State of Israel and severely harms the Jewish people.

Gerstenfeld stresses that successive Israeli governments have ignored the problem. By now, he says, the phenomenon has become far stronger. It is essential to organize the appropriate people with all speed, to set up an infrastructure which can act rapidly through mobilization of intelligence information, people and budgets. There are still many in Israel who claim that the anti-Semitism issue is exaggerated and that it causes little damage to Israel. They argue that if Jews are harmed by anti-Semitism, they should move to Israel. Gerstenfeld’s book rebuts this nonsense and highlights, with utmost clarity, the imminent danger of the new anti-Semitism. Israel’s government should in no way ignore it. This is an important book and it should be translated into all European languages. However, in the present climate, it is doubtful that his call will be heard.

About the Author
Zvi Mazel is the former Israeli Ambassador to Egypt, Romania and Sweden. Today he is a senior analyst at the Jerusalem Center for Public Affairs.
Comments