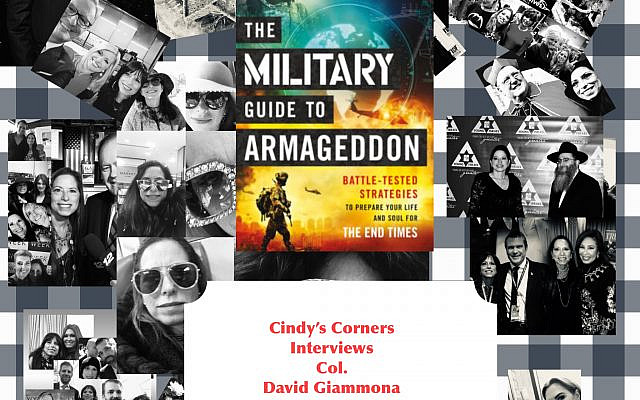 Many of us are trying to define and explain the times we are living in. I recently read a new book that emphasizes through religious beliefs and military thought, we can answer our questions.

The book is The Military Guide to Armageddon: Battle-Tested Strategies to Prepare Your Life and Soul for the End Times. It is written by U.S. Army chaplain Colonel David J. Giammona and Troy Anderson.

We are at war right now. The forces of light and darkness are lined up in a battle array as the world moves closer to the end of the age.

Using both military and spiritual warfare tactics, this U.S. Army colonel and Pulitzer Prize-nominated journalist equip you as a believer to be battle-ready. This training manual will teach you to:

I had a lengthy conversation with Giammona about the book, his Zionism and the importance of peaceful defense of the constitution

C: What did you think about the inauguration speech?
DG:There was very little in President Biden’s inauguration speech in regard to religion. The most I found in the text was:
History, faith, and reason show the way, the way of unity. We can see each other not as adversaries but as neighbors. We can treat each other with dignity and respect.

C:Thoughts?
DG: There is very little concerning religion in Biden’s speech because religion is a roadblock to the Democratic agenda. They speak of bringing unity to America but their stance on unity really equates to buying into their rhetoric. You will see here shortly that we will be labeled as haters if our world view is anything but theirs.

Case in point, back in August of 2019, the Democratic National Committee unanimously passed a resolution in San Francisco in which they have framed religious liberty as a risk to civil rights. Studies show that many in Biden’s party are non-religious or are religious in name only. They believe that the time of the influence of the church and the synagogue is over.

C: His first day in office included 17 Executive Orders. Thoughts?
DG:He is rolling back President Trumps initiatives. In one stroke of the pen, he just decimated 11,000 jobs worth over 2 billion to our economy and made us more energy dependent by cancelling Keystone pipeline. He halting border wall construction, and oh, by the way they built a significant wall with armed Soldiers around his inauguration celebration. He his opening up the US to Muslim extremists by reversing the Trump administration’s restrictions on US entry for passport holders from seven Muslim-majority countries.

How can religion play a part in Biden’s unity plan successfully since most political strategists feel his first day in office proved nothing for unity?
Biden is not interested in unity nor talking to Republicans about their views. Listen to what he says then watch what he does. I served under the Obama administration while in the Army, Obama did the same thing.

C:Thoughts about Israel in the upcoming administration.
DG: President Trump did more for Israel than all other modern-day Presidents. I am sure the Biden administration will try to re-enact the Iran deal, try to stop Israeli expansion and settlements, and side more with the Palestinian leadership in the days to come. 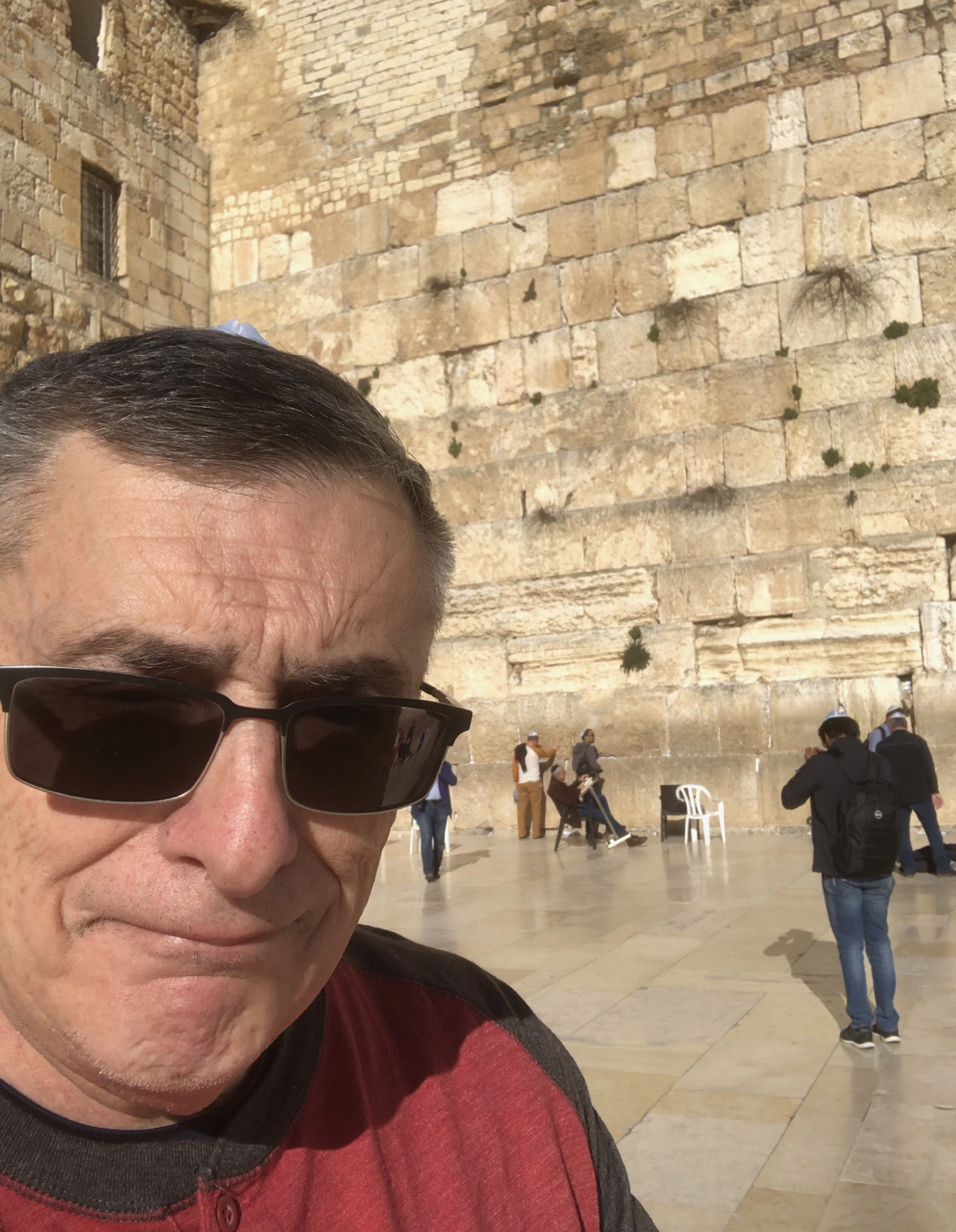 C: Share with us a highlight from the book.From DG: As Troy and I were finishing this book, the COVID-19 pandemic erupted, gripping the world with panic and trepidation. In the middle of it, my wife and I traveled to Israel and then went to Petra, a historical and archaeological city in southern Jordan where, according to tradition, Moses struck a rock and water gushed out. Prophets like Daniel and Isaiah, and even Jesus Himself, spoke about the monumental structures at Petra in connection with end-times prophecies. You probably glimpsed Petra in movies like Indiana Jones and the Last Crusade and The Mummy Returns.
While returning from Petra to Jerusalem with a tour group of forty people and six personnel, things became tense at the first checkpoint in Jordan. The first person to greet Esther and me was a Jordanian dressed in surgical garb with a mask to take our temperatures. It was surreal. After crossing the Jordanian border with a myriad of questions, we arrived at Israel border security, where we were asked many questions about the sites we had visited.
We made it out of that area, thinking we were home free, and headed toward Jerusalem where the Israeli Defense Forces had another checkpoint set up. Our driver asked us to pray that they would not stop us, although they had stopped every tour bus coming into the city before us. We prayed and they waved us through—and our bus erupted in jubilation!
In the year prior to going to Israel, while in prayer and meditation, I asked the Lord about the timing of the release of this book, which is designed to prepare you for living in the end times. He told me that 2020 would be a year of signs that the end times are upon us. He also told me that by the time the book is released, people will need the book due to all the things happening on the earth. 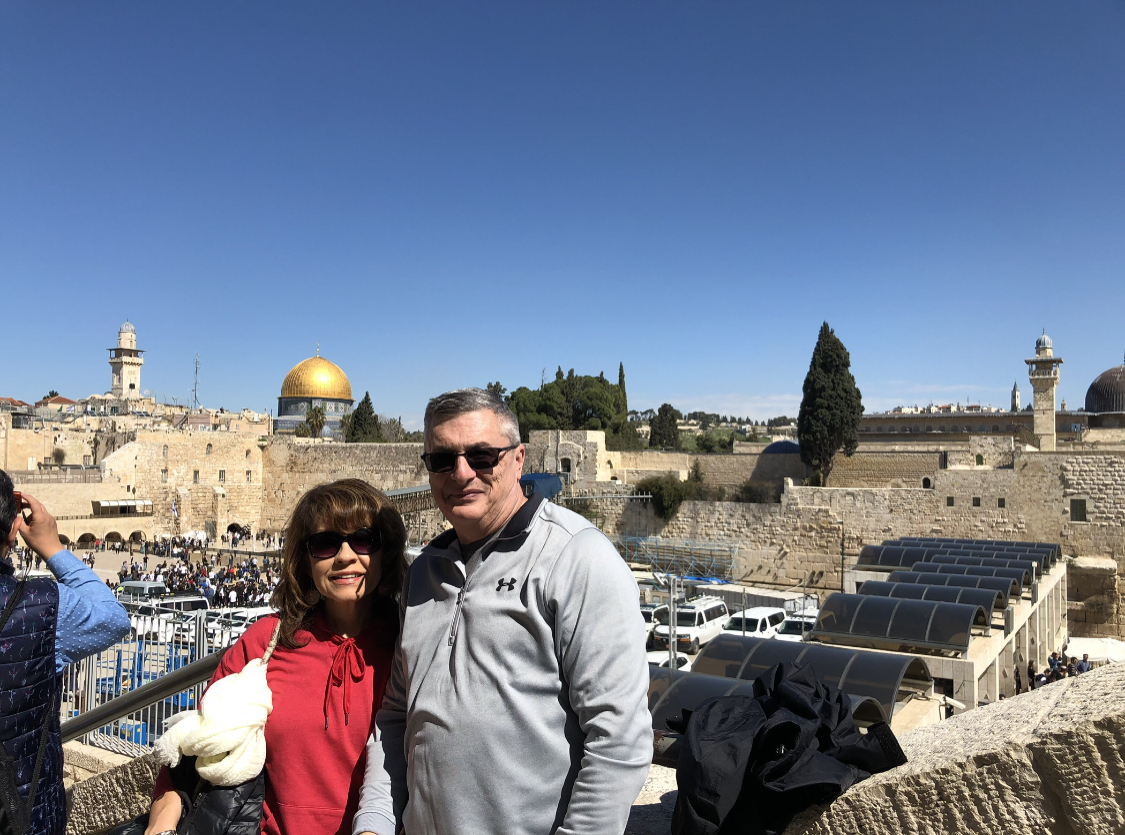 Let me add, “Knowing Your Enemy.” These dark forces are lining up the geopolitical players for the final end-times battle. The focal point where biblical prophecies will unfold: the Middle East—more specifically, Jerusalem. Ezekiel 37 and 38 lay out for us the last battle and the major players involved, including Iran (ancient Persia) and Turkey (ancient Asia Minor). This scenario is now unfolding before our very eyes.

Thank you David for your insight and support for Israel.

U.S. Army chaplain Colonel David J. Giammona retired in 2018 after 32 years of military service. He is an end-times expert, scholar, author, writer and speaker who oversees the Warrior Refuge, a 46-acre ministry resort near Columbus, Georgia.

Troy Anderson is a Pulitzer Prize-nominated investigative journalist and the bestselling co-author of The Babylon Code and Trumpocalypse. He writes for Reuters, Newsmax, Townhall and other media outlets