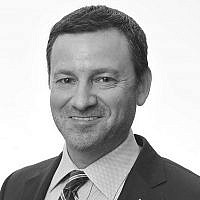 Following an era of inordinate tension in the relationship between the Israeli government and the American Jewish community, Israel’s new political leadership carries the potential to become the country’s most attuned government to the concerns of US Jews.

In past coalitions, government ministers from ultra-Orthodox (Haredi) parties have made inflammatory comments regarding the diverse Jewish denominations in America, while Prime Minister Benjamin Netanyahu in 2017 froze plans to form an egalitarian prayer plaza at the Western Wall.

Now, with the Haredi parties sitting in the Knesset’s opposition, Israel’s 36th government is largely comprised of parties and parliamentarians who have an appreciation for the diversity of American Jewry and a desire to take US Jews’ concerns into account when it comes to issues such as religious pluralism. In fact, the new government already plans to revive the frozen Western Wall plan.

Through their personal and professional histories, Prime Minister Naftali Bennett and President-elect Isaac Herzog each have a deep connection with the Diaspora. Herzog studied at Cornell University and New York University, while Bennett was born to American parents, spent part of his childhood in New Jersey, and worked as a high-tech entrepreneur in New York.

Further, having served as Chairman of The Jewish Agency for Israel for the past three years and previously as Israel’s Minister of Diaspora Affairs, Herzog has a unique understanding of Jewish communities across the US and how they interact with Israel. His insights from those experiences promise to play a role in changing the landscape of Israel-American Jewry relations.

At the same time, although it is well-positioned to bridge gaps between Israeli and American Jews, the new government faces a significant challenge in that arena. In a new survey released this month by the American Jewish Committee, 40 percent of American Jews said their knowledge of Israelis was either nonexistent or weak; 37 percent said they received a strong education about Israel. Among Israeli Jews, 69 percent reported that they did not receive any education about Diaspora Jews or that their education was not comprehensive, with only 11 percent describing their education on that subject as comprehensive.

These findings underscore one of the overriding themes from my career in the realm of working to foster greater closeness in the Israel-American Jewry relationship, first during my time at the American Israel Public Affairs Committee (AIPAC) and now with the Ruderman Family Foundation. Israeli and American Jews do not have sufficient awareness about one another, and that problem is particularly acute among the Israeli population. Our foundation has sought to address this issue by bringing Knesset members from across the political spectrum on trips to the US, launching a caucus in the Knesset to strengthen ties between American and Israeli Jews, and establishing the Ruderman Program for American Jewish Studies at the University of Haifa.

The academic program, founded with a fervent mission to bridge the gap between Israeli and American Jewish communities, promotes ongoing research in Israel on the topics of Jewish-American life, American society, and the long-lasting and vital bond between the Jews of America, the State of Israel, and Israeli society.

Today, despite the continued trend of unawareness about American Jewry among Israel’s population, we are witnessing a new dynamic which shows that educational initiatives to bridge gaps in knowledge are bearing fruit. The Israeli public is no longer content with ignoring the Israel-American Jewry relationship, and Israelis increasingly understand the importance of achieving a common language between the world’s two largest populations of Jews.

It is difficult not to recognize the vast influence that American Jews have on the State of Israel, and the global Jewish community must continue to operate together towards a common goal. We are, above all, one people and not just a collection of various religious sects. The members of Israel’s new government believe now, more than ever before, in the importance of the relationship. They have a connection and experience in the field, and there is an expectation that the government will tend to the issue more seriously — hopefully by increasing the state’s support for educational initiatives that raise Israelis’ awareness about American Jews.

There is much more work to be done and more progress to be made in the area of cultivating mutual understanding between the Israeli and American Jewish communities, but Israel’s new government represents a notable step in the right direction.

About the Author
Jay Ruderman is president of the Ruderman Family Foundation, which works to promote disability inclusion and strengthen Israel’s relationship with the American Jewish community.
Related Topics
Related Posts
Comments
Advertisement