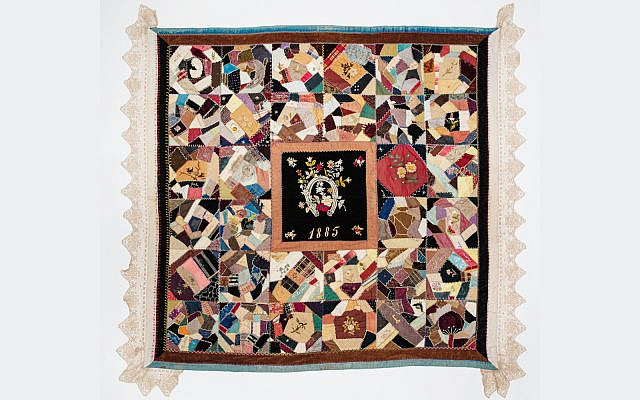 This 'Crazy' quilt was stitched in Canton, Mississippi by the Jewish Ladies' Sewing Circle. Museum visitors will be able to create quilt squares representing their own identities and communities in an interactive, electronic exhibit. Image courtesy of the Museum of Southern Jewish Experience

When friends say they are heading to my hometown of New Orleans, I happily share a list of my favorite places to eat. Soon, however, I’ll also be encouraging them to visit the most exciting newcomer on the city’s “must see” list—the new Museum of Southern Jewish Experience.

A soft opening has just been announced for May 27, followed by a summer preview period with limited capacities.  A grand opening weekend is scheduled for October 2-3, 2021, one of the best times of year to visit New Orleans.

These opening events are the culmination of a four-year process to relocate and expand from the Museum’s founding 35 years ago in Utica, Mississippi, to a prime location in one of the nation’s top tourist centers.

MSJE focuses on the unique story and experiences of Jews throughout the American South. Like a good gumbo, it combines a savory blend of cultures, cuisines and customs. Its beginnings go back to the mid-18th century. By the late 19th century, East European immigrant families like mine began arriving. They settled in places like Mobile, Alabama; Meridian, Mississippi; small southern Texas towns such as Sinton and Odem; and found their way to larger cities such as Birmingham, San Antonio and New Orleans.

Southern Jews both contributed to, and were shaped by, these communities, as well as their social, racial, religious and political environments. From the Civil War to the era of Civil Rights, while some business and educational doors began opening to them, others remained shut even during my childhood years.

A UNIVERSAL STORY. “We are telling a universal story about the lives of a particular group,” says MSJE Executive Director Kenneth Hoffman. “By the end of a visit to the Museum, people of all ages and backgrounds will be thinking about their own identities and how they fit in to where we are today in our communities and our nation.”

MSJE’s exhibitions are being designed by Gallagher & Associates, whose credits include the acclaimed nearby National WWII Museum, as well as the National Museum of American Jewish History in Philadelphia. MSJE Curator Anna Tucker is also collaborating with more than 30 historians, as well as Tulane University Professor Michael Cohen, PhD, chair of the flourishing Jewish Studies Department, who serves as Senior Historical Advisor.

A remarkable one out every four Tulane graduates in 2018 had enrolled in a Jewish Studies course. In addition to offering college students internships, MSJE is planning extensive educational programs. Its inspiring vision is to provide “a never-ending lesson in the promise of America and in the principles of tolerance, charity, and hard work.” 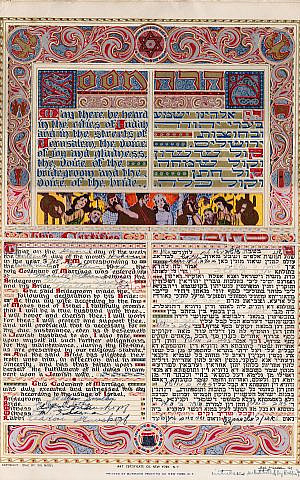 The ketubah of my parents, Mollye Plotka and William Smolkin, will become part of MSJE’s growing collection.

A PROUD LEGACY. I am proud to be among the founding supporters of this distinctive addition to the world of Jewish museums nationally and internationally. MSJE has raised $8 million toward its $10 million capital campaign goal, a significant accomplishment that reflects how important it is to families like mine that our story, with all its complexity, should be shared. My parents’ 1944 ketubah and wedding scrapbook from Mobile, Alabama, will soon be part of MSJE’s growing collection, a meaningful example of the legacy being created across generations.

The Southern melting pot is filled with ingredients that have helped sustain diverse communities and overcome barriers to inclusion. At a time when the need to welcome the stranger has never been greater, the gumbo that is the Southern Jewish story will nourish everyone who visits.

To learn more, sign up to receive the delightful MSJE newsletter, The Southern Shmooze.