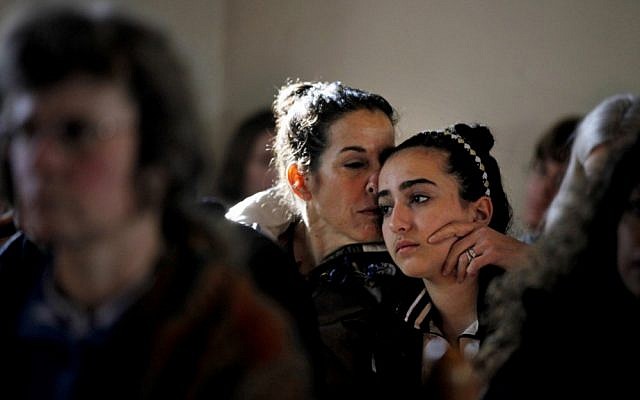 Today my county, my state and my country are in a state of deep shock, following the massacre at Newtown. For a rabbi, especially one living in such close proximity to the murders, it has been reminiscent of the days following 9/11, when we had to discard all our Rosh Hashanah sermons and sift timeless messages through the filter of what suddenly was a very different world.  That’s what I faced as Shabbat approached on Friday.  How could I somehow find a message to convey that would filter Hanukkah through the horrors of Newtown.

I immediately thought of the grief of Hannah.

When you think of it, it’s actually not hard to match Hanukkah to tragic events, despite all the singing and dancing. When you get right down to it, Hanukkah is a rather gruesome holiday. Victory for the Maccabees did not come without cost. Some of the heroes died gruesome deaths, like Elazar, Judah’s, brother, who met his demise when he crushed by an elephant.  And the entire war started when Mattathias killed a Jew – not a Greek but a Jew – who was forced by a Greek soldier to sacrifice a pig to a pagan god.

Among all of the Hanukkah stories, one is the most tragic of them all: the story of a woman named Hannah. Actually, in the book of Maccabees she doesn’t have a name. Later, she was given several names by rabbis and historians. But Hannah stuck, probably because she reminds us of the other Hannah, Samuel’s mother, who wept and prayed for a child she did not yet even have. She cried for the hope of having a child – any child – and in doing so she cried for all children.

In Maccabees, this mother who came to be known as Hannah saw all seven of her sons die in front of her – they were all victims of a cruel ruler who killed those who refused to betray their faith. It’s an unspeakable position for a mother to be in. Legend has it that when the king ordered the death of her youngest son, she asked permission to give him one final kiss. Granted this permission, she hugged him and whispered to him:

Go to father Abraham and tell him that he was told to offer only one son – I’ve given seven.

Too often we measure grief in numbers. The Newtown massacre, we hear, was the second largest killing of its kind in US history. But this grief, like Hannah’s and even Abraham’s (though the biblical account has Isaac being saved at the last moment), is a grief that cannot be quantified.

Still, there is no denying the enormity of the sadness when an innocent child is lost. Each human life is of infinite value, and now that infinity has been multiplied by twenty. Today, 20 mothers are grieving an unspeakable, immeasurable grief. Today, there are twenty Hannahs. 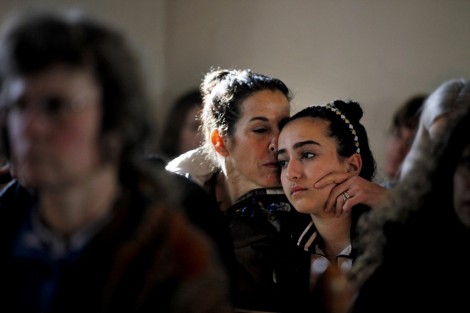 Perhaps this grieving mother, whose story is so tied to this holiday, got her name of Hannah (Chanah) because it is also the name of the holiday. Chanu-kah. It means, literally, “Here is Hannah.” Hannah rests here. The last day of the festival, the eighth day, is known as “Zot Chanukah” echoing a phrase where the Torah uses in the feminine “Zot” (“this”) in relation to the word Hanukkah, which in this passage means “dedication” and is not the name of a holiday.   But why is this day of the holiday spoken of in the feminine?  One rabbi suggests that each candle on the eighth day serves as the as a yahrzeit candle, for Hanna and her seven sons.  I too have a yahrzeit today, on the eighth day, for my father.  I know what it is like to have the candles of joy and candles of sorrow intermingling.

Hanukkah is really a time of great tragedy.  But it is though the lighting of those candles that we transform tragedy into hope for better days to come.

And so our task now is to light candles for our brothers and sisters in Newtown.  The flames of the memorial candle and the Hanukkah candle intermingle – they are all the same flame.  In fact, as the Sfat Emet taught, we say the second candle blessing, She’asah nissim l’avoteynu bayamim ha hem bazman hazeh – who provided miracles in those days and in our own, because simply by lighting the menorah today, we are participating in the ancient miracle, we are there with the Maccabees, lighting that ancient menorah with that oil in the temple.

The flames of joy and the flames of sadness are indistinguishable.  They intermingle effortlessly, and so do the flames of past and present. With flames, there are no boundaries.

The real miracle, after all, is how after all the sadness and grief, and with only a tiny cruse of oil, they could light the candle at all.  The real miracle is how we, in light of today’s tragic news, can do that as well.