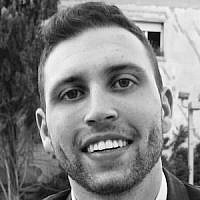 As Yom Kippur approached this year I read tons of mass-mailed text messages and Facebook statuses asking forgiveness for their wrongdoings.

They go somewhat like this, “if I have done anything wrong to you… blah, blah… please forgive me.”

These are the types of apologies that I’d rather not receive and I’m sure that most of your recipients would also prefer not to receive your generic apology. Quite frankly, I think it’s a very cowardly attempt of annulling any potential unresolved conflicts that you may have with others.

Let’s be realistic. We all know deep down inside when we have truly committed some sort of serious act against another person. We can make the effort to personalize apologies rather than mass-mailing them.

On Yom Kippur we as Jews commit our day to atonement. We sit in synagogue all day to pray and repent to God for sins that we may have committed in the year prior. We do this in order to seal our name in the book of life for the following year. Due to the intensive focus on repentance we detach ourselves physically and mentally from the world to create a one-on-one relationship with God or our inner-selves by refraining to use electricity, wearing leather shoes, and eating and drinking for twenty-five hours.

Our effort to create a strong one-on-one connection should give us insight on how to approach our apologies to others. A text message or Facebook status is an impersonal medium. You can neither acknowledge how you wronged another person or what you may do to fix what you have done.

We should be reaching out to those that we have wronged by confronting our feared apologies head-on regardless of how hard they may be.

In the spirit of Yom Kippur, next year (or even before next year’s Yom Kippur) may we do what is right and replace our impersonal Facebook statuses and text messages with meaningful one-on-one apologies as we approach the Day of Atonement.

About the Author
Joey is a writer, social activist, and new immigrant to Israel. He works as a program manager for an international Israel education organization, where he trains students from around the world in Israel activism. Before immigrating to Israel, Joey received a BA in Middle Eastern studies and political science at the University of Arizona. He served as a lone soldier in the IDF with the Paratrooper Brigade.
Related Topics
Related Posts
Joey Bendah
Comments