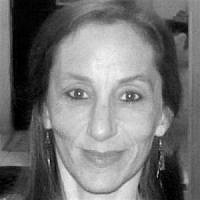 The Blogs
Anne Etra
Writer. Publisher. Fitness Trainer.
Apply for a Blog
Advertisement
Please note that the posts on The Blogs are contributed by third parties. The opinions, facts and any media content in them are presented solely by the authors, and neither The Times of Israel nor its partners assume any responsibility for them. Please contact us in case of abuse. In case of abuse,
Report this post. 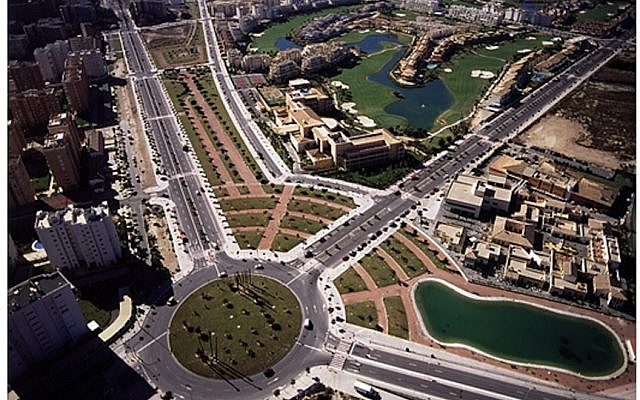 An aerial view of Alicante, Spain, where a Netafim system recycles wastewater and distributes it via a drip-irrigation system, watering all public areas in the southern Spanish town. (Courtesy Netafim)

No, you are not being asked to choose the odd-one-out. This week sees ad #2 in a pioneering new advertising campaign for Israeli inventiveness.

Israel is on it aims to raise mass-market awareness of one tiny country whose citizens are curing cancer, making the ocean drinkable, finding ways to ‘hack a hacker’, saving lives by improving car safety and making our world better. The first two ads were in the New York Times, print and digital editions. See the first print ad, below. 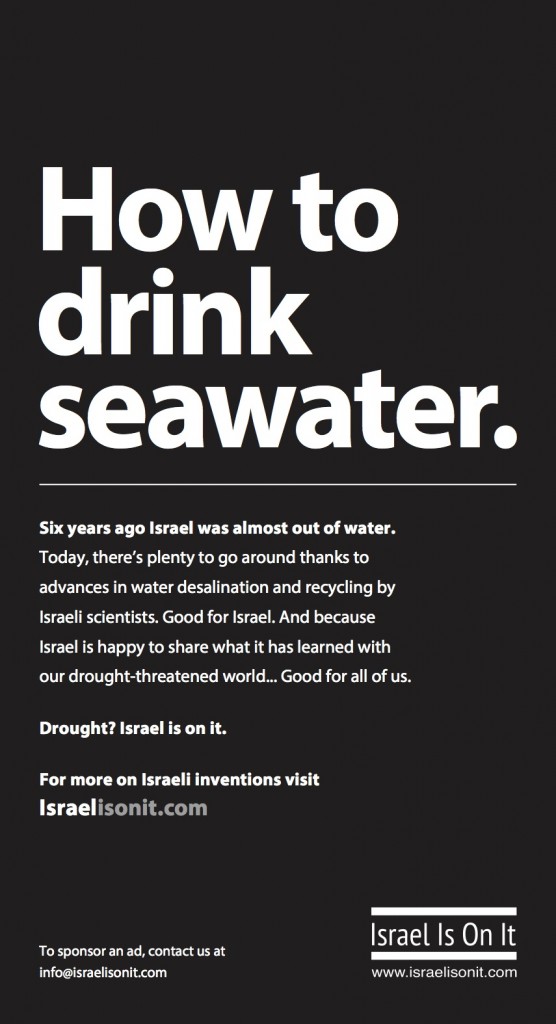 Israel is on it is not a rallying cry for Israel advocacy; other organizations do that. Its campaign takes a different tack; like a knuckleballer, it comes right at you from an unexpected direction. Using the quiet power of advertising, you are hit with one idea, one concept, one invention that has direct relevance to your life: an invention that makes you think “Wow. This could make me healthier, safer, more efficient, happier.”

In order to reach millenials, the campaign will run mostly digital ads, on  sites like Vice.com, Slate.com, etc. 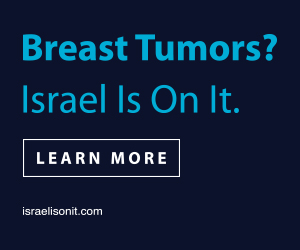 In his seminal book Ogilvy on Advertising, American advertising pioneer David Ogilvy declared: “Most of the advertising techniques which worked 50 years ago still work today. Consumers still buy products whose advertising promises them value for money, beauty, nutrition and relief from suffering. All over the world.”

To put it crudely, Israel is on it is peddling Israeli ingenuity. It’s offering up the no-words-can-describe value of curing major diseases. It’s selling the relief from suffering that is Desalination, Israel’s reverse osmosis process that makes millions of people from California to Calcutta less thirsty. It’s bringing you peace of mind, knowing that the next time you or a loved one is in the hospital you won’t catch a deadly infection because an Israeli chemist named Aharon Gedanken invented an anti-bacterial fabric that will protect you from bacterial harm.

Not at the committed.
The rub is, Israel is on it is not aiming at the committed. It’s looking to attract people who don’t necessarily know much about Israel, who have no clue that their cell phones are Israeli, their flash drives are Israeli, that an Israeli has found a way to freeze what might be their mother’s breast tumor; that the next time they’re at the airport Israel’s ‘WECU’ security system could thwart a terrorist attack. (WECU is, by the way, beyond cool; the sensors it puts into the environment can gauge your body’s physiological reactions and tell whether you’re up to something evil.)

Israel is on it aims to excite people to innovation that improves our lives.

Here’s what innovator Bill Gates – at $87.4 billion the world’s richest man – has to say: “Israel is, by many measures, the country, relative to its population, that’s done the most to contribute to the technology revolution.”

But Israel is on it is not talking about the macro. It’s not quoting that the number of Israeli start-ups is second only to Silicon Valley and equal to all of Europe. Nor is it mentioning the $4 billion invested last year in Israeli ingenuity, that every major USA technology company has a branch in Israel, or that Israeli universities create eco-systems for innovation. Or simply, that the citizens of Israel, a country the size of New Jersey are creating an extraordinary amount of scientific, medical, environmental and medical discoveries for no other reason than to better themselves, the planet, and humankind.

No, that’s just me talking.

Instead, Israel is on it is focusing, one at a time, on an Israeli invention that it hopes will catch the eye, mind, and heart of a young person who is not paying attention, who is deep into doing their thing on one of their fave, modern newsy-cum-bloggie-instagram-like websites.
Via a provocative advertisement.

— Israel is on it is a project of Untold News, a 501c3 nonprofit.
Find out more at www.israelisonit.com

About the Author
Anne Etra is a Writer and Publishing Consultant, who published Tiny Dynamo and El Pequeno Dinamo for Untold News. Her corporate life was with Oxford University Press, she is a proud Penn alumna, and a Senior Fitness Professional.
Related Topics
Related Posts
Comments