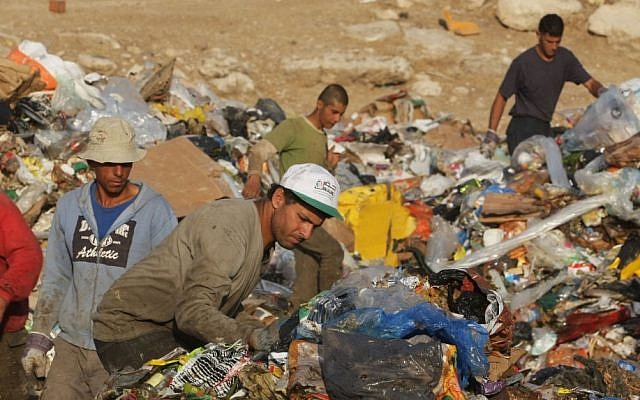 Arizona rabbi Pinchas Allouche blogs effusively in the Times of Israel about his and his wife’s magnanimous contribution to the world by having nine children. As a Jew and human being who cares about the planet, allow me to offer nine reasons why this level of fertility is anything but a blessing for the Almighty’s creation:

1. Because more people means less nature
The World Wildlife Life Fund recently published a study showing that between 1970 and 2010, an astonishing 52% of the world’s wildlife disappeared. In forty years over half the mammals, reptiles, birds and amphibians on earth were simply wiped out. The reason is habitat destruction, caused by an ever-expanding humanity. Even in the wide-open spaces of Arizona, wildlife is in retreat due to the sprawl of human development. Nine children mean accelerating the wholesale devastation of the natural world, hardly what the good lord expected us to do when commanding humans to protect the creatures in his garden of Eden.

2. Because more people means uncontrollable global warming
Every human being has a significant carbon footprint. An article in the noted journal Science this year assessed what concrete things can be done by individuals to help stabilize the planet’s climate. By far, the most important single thing people can do – orders of magnitude more significant than any other activity, even giving up flying in jets – is having one less child.

3. Because children who grow up in very large families frequently suffer from neglect
A study conducted by Tel Aviv University scientists reported that the IQ of children in Israeli families with more than five children on average is nine points lower than those raised in smaller families. This is consistent with research from Europe that shows that children in large families are statistically shorter than children in homes where more modest numbers presumably allow for greater nourishment. I gave a talk this week to ultra-Orthodox women studying in a Bnei Brak college and was surprised to hear the frank acknowledgement among many attending mothers with five or more kids — that their children simply do not enjoy equal opportunity to succeed. They understand better than anyone the price their children pay.

4. Because traditional Judaism never expected Jews to have a maximum number of children
Hillel and Shammai, who never agreed about anything, concurred that two kids was quite enough to meet the commandment of being fruitful and multiplying; The great Talmudic rabbi Reish Lakish, forbade Jews from having children in times of famine, pointing to the example of Joseph who saw ecological hard times and stopped at two. Abraham’s decision to separate his flocks from those of his nephew Lot due to overgrazing reflects Judaism’s sober recognition that carrying capacity is a critical concept and that humans need to learn to live within limits. It follows that most forms of birth control, as well as abortion, are Halachically acceptable.

5. Because we have already replaced the Jews who perished in the Holocaust
For many years, Jews indeed had a solemn responsibility to create the children who would fill in the ranks murdered by the Nazi death machine. Survivor and theologian Emil Fackenheim made this point long before the Lubavitcher rabbi. But since 1945 when only 11.5 million Jews were left on earth, the Jewish people have enjoyed a miraculous revival. In the most recent surveys, 6.8 million Americans define themselves as Jews. This is roughly comparable to the number in Israel, where the number of Jews will double over the next thirty years, easily outpacing Arab birth rates. Half a million in France; Hundreds of thousands more in England, Canada, Australia, South America. The Jewish people are pretty much back at 1938 levels of 16.5 million and still rapidly growing. While it’s critical to remember the victims and the lessons of the Holocaust – it is time to stop using this tragedy as an excuse for Jewish exceptionalism and avoiding the responsibilities facing humanity. The concept of being a “chosen people” was never meant to grant special privileges — only greater obligations.

6. Because the burden of raising large families invariably falls on women
A culture that venerates very large families perpetuates women’s second-class status and stymies their ability to find meaning and satisfaction in areas of life beyond child rearing. Mothers of large families in Israel have less time to deal with their own health issues and face a higher incidence of many diseases and depression. Glorifying mothers of nine children creates expectations that strip women of their reproductive autonomy and professional horizons, producing a biological glass ceiling.

7. Because very often, large families are unable to support themselves and pose a disproportionate burden on society
We all want to live in a generous community and embrace the dense safety net provided by a caring, “welfare state”. But there are limits. Some families choose not to have a third or fourth child because they cannot provide them with the resources children need to thrive. Yet, these responsible citizens are expected to pay high tax rates to support large families that assume that taxpayers should subsidize their unfettered fertility.

8. Because Allouche’s buoyant assertion that: “there’s no limit to our desire to populate our broken world with Jews who will work to heal it” is ultimately an empty slogan
There is an entire science that researches how to heal the planet and it’s called “sustainability.” One of its central themes is that stability and equilibrium are axiomatic. The notion of infinite growth on a finite planet is an impossibility. It took 200,000 years for one billion humans to inhabit the earth. Now every seventeen years we add an additional billion people. Jews may want to “heal the world” – but the truth is that like all other humans we contribute to the pollution, congestion, food scarcity and chaos that is pushing our planet beyond its limits. Nine children is part of the problem – not the solution.

9. Because Judaism has always been about “quality” not “quantity”!
Ever a small nation, content to be based in a tiny homeland, the people of Israel always had a great commitment to living in harmony with the good earth, which provides us the only home we will ever know.

About the Author
Professor Alon Tal is a member of Israel's Knesset representing the Blue and White Party, a veteran environmental activist, and an academic based at Tel Aviv University's Department of Public Policy.
Comments
Advertisement