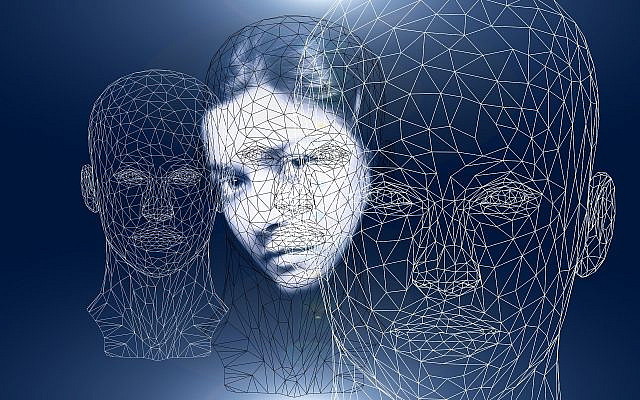 One fact about this week’s parsha has long perplexed the commentators. After his wrestling match with the unnamed adversary, Jacob was told: “Your name shall no longer be Jacob, but Israel, for you have striven with beings Divine and human, and have prevailed” (Gen. 32:29, JPS translation). Or “Your name will no longer be said to be Jacob, but Israel. You have become great (sar) before God and man. You have won.” (Aryeh Kaplan translation).

This change of name takes place not once but twice. After the encounter with Esau, and the episode of Dina and Shechem, God told Jacob to go to Beth El. Then we read: “After Jacob returned from Paddan Aram, God appeared to him again and blessed him. God said to him, ‘Your name is Jacob, but you will no longer be called Jacob; your name will be Israel.’ So He named him Israel” (Gen. 35:9-10).

Note, first, that this is not an adjustment of an existing name by the change or addition of a letter, as when God changed Abram’s name to Abraham, or Sarai’s to Sarah. It is an entirely new name, as if to signal that what it represents is a complete change of character. Second, as we have seen, the name change happened not once but twice. Third – and this is the puzzle of puzzles – having said twice that his name will no longer be Jacob, the Torah continues to call him Jacob. God Himself does so. So do we, every time we pray to the God of Abraham, Isaac and Jacob. How so, when the Torah twice tells us that his name will no longer be Jacob?

This is just one mystery among many when it comes to Jacob’s character and his relationship with his brother Esau. So difficult is it to understand the stories about them that, to make sense of them, they have been overlaid in Jewish tradition with a thick layer of Midrash that makes Esau almost perfectly evil and Jacob almost perfectly righteous. There is a clear need for such Midrash, for educational purposes. Esau and Jacob, as portrayed in the Torah, are too nuanced and complex to be the subject of simple moral lessons for young minds. So Midrash gives us a world of black and white, as Maharatz Chajes explained.[1]

The biblical text itself, though, is far more subtle. It does not state that Esau is bad and Jacob is good. Rather, it shows that they are two different kinds of human being. The contrast between them is like the one made by Nietzsche between the Greek figures of Apollo and Dionysus. Apollo represents reason, logic, order, self-control; Dionysus stands for emotion, passion, nature, wildness and chaos. Apollonian cultures value restraint and modesty; Dionysian ones go for ostentation and excess. Jacob is Apollonian, Esau, Dionysiac.

Or it may be that Esau represents the Hunter, considered a hero in many ancient cultures, but not so in the Torah, which represents the agrarian and pastoral ethic of farmers and shepherds. With the transition from hunter-gatherer to farmer-and-herdsman, the Hunter is no longer a hero and instead is seen as a figure of violence, especially when combined, as in the case of Esau, with a mercurial temperament. It is not so much that Esau is bad and Jacob good, but that Esau represents the world that was, while Jacob represents, if sometimes tentatively and fearfully, a new world about to be brought into being, whose spirituality would be radically different, new and challenging.

The fact that Jacob and Esau were twins is fundamental. Their relationship is one of the classic cases of sibling rivalry.[2] Key to understanding their story is what Rene Girard called mimetic desire: the desire to have what someone else has, because they have it. Ultimately, this is the desire to be someone else.

That is what the name Jacob signifies. It is the name he acquired because he was born holding on to his brother Esau’s heel. That was consistently his posture during the key events of his early life. He bought his brother’s birthright. He wore his brother’s clothes. At his mother’s request, he took his brother’s blessing. When asked by his father, “Who are you, my son?” He replied, “I am Esau, your firstborn.”

Jacob was the man who wanted be Esau. Why so? Because Esau had one thing he did not have: his father’s love. “Isaac, who had a taste for wild game, loved Esau, but Rebecca loved Jacob.”

All that changed in the great wrestling match between Jacob and the unknown stranger. Our Sages teach us that this stranger was an angel in disguise. After they fight, he tells Jacob that his name would now be Israel. The stated explanation of this name is: “for you have wrestled with God and with man and have prevailed.” It also resonates with two other senses. Sar means “prince, royalty.” Yashar means “upright.” Both of these are in sharp contrast with the name “Jacob,” one who “holds on to his brother’s heel.”

How then are we to understand what, first the stranger, then God, said to Jacob? Not as a statement, but as a request, a challenge, an invitation. Read it not as, “You will no longer be called Jacob but Israel.” Instead read it as, “Let your name no longer be Jacob but Israel,” meaning, “Act in such a way that this is what people call you.” Be a prince. Be royalty. Be upright. Be yourself. Don’t long to be someone else. This would turn out to be a challenge not just then but many times in the Jewish future.

Often, Jews have been content to be themselves. But from time to time, they have come into contact with a civilisation whose intellectual, cultural and even spiritual sophistication was undeniable. It made them feel awkward, inferior, like a villager who comes to a city for the first time. Jews lapsed into the condition of Jacob. They wanted to be someone else.

The first time we hear this is in the words of the Prophet Ezekiel: “You say, ‘We want to be like the nations, like the peoples of the world, who serve wood and stone.’ But what you have in mind will never happen” (Ez. 20:32). In Babylon, the people encountered an impressive empire whose military and economic success contrasted radically with their own condition of exile and defeat. Some wanted to stop being Jews and become someone else, anyone else.

We hear it again in the days of the Greeks. Some Jews became Hellenised. We recognise that in the names of High Priests like Jason and Menelaus. The battle against this is the story of Chanukah. Something similar happened in the days of Rome. Josephus was one of those who went over to the other side, though he remained a defender of Judaism.

It happened again during the Enlightenment. Jews fell in love with European culture. With philosophers like Kant and Hegel, poets like Goethe and Schiller, and musicians like Mozart and Beethoven. Some were able to integrate this with faithfulness to Judaism as creed and deed – figures like Rabbis Samson Raphael Hirsch and Nehemiah Nobel. But some did not. They left the fold. They changed their names. They hid their identity. None of us is entitled to be critical of what they did. The combined impact of intellectual challenge, social change, and incendiary antisemitism, was immense. Yet this was a Jacob response, not an Israel one.

It is happening today in large swathes of the Jewish world. Jews have overachieved. Judaism, with some notable exceptions, has underachieved. There are Jews at or near the top of almost every field of human endeavour today, but all too many have either abandoned their religious heritage or are indifferent to it. For them, being Jewish is a slender ethnicity, too thin to be transmitted to the future, too hollow to inspire.

We have waited so long for what we have today and have never had simultaneously before in all of Jewish history: independence and sovereignty in the state of Israel, freedom and equality in the diaspora. Almost everything that a hundred generations of our ancestors prayed for has been given to us. Will we really (in Lin-Manuel Miranda’s phrase) throw away our shot? Will we be Israel? Or will we show, to our shame, that we have not yet outlived the name of Jacob, the person who wanted to be someone else? Jacob was often fearful because he was not sure who he wanted to be, himself or his brother. That is why God said to him, “Let your name not be Jacob but Israel.” When you are afraid, and unsure of who you are, you are Jacob. When you are strong in yourself, as yourself, you are Israel.

The fact that the Torah and tradition still use the word Jacob, not just Israel, tells us that the problem has not disappeared. Jacob seems to have wrestled with this throughout his life, and we still do today. It takes courage to be different, a minority, countercultural. It’s easy to live for the moment like Esau, or to “be like the peoples of the world” as Ezekiel said.

I believe the challenge issued by the angel still echoes today. Are we Jacob, embarrassed by who we are? Or are we Israel, with the courage to stand upright and walk tall in the path of faith?

[1] In the Mavo ha-Aggadot printed at the beginning of Eyn Yaakov.

[2] To read more on the themes of sibling rivalry in the Bible, see Jonathan Sacks, Not in God’s Name: Confronting Religious Violence, 2015.