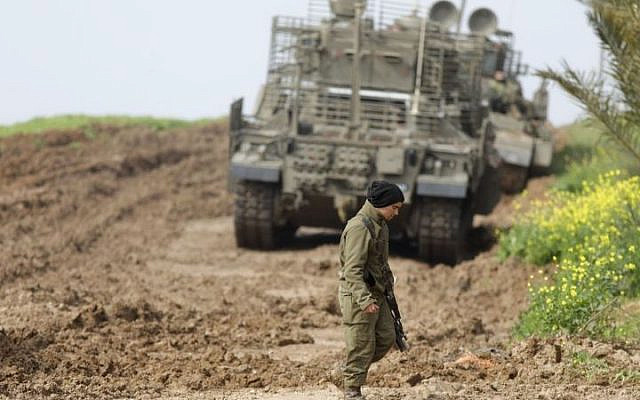 A report by Judy Maltz in Haaretz yesterday (“Israel Halts Veteran Lone Soldiers’ Stipends: ‘There’s No Government, So There’s No Money,’” December 8, 2019), states that lone soldiers will no longer get the stipends to which they are entitled contractually because there is no permanent government to authorize those payments (since the failure of Netanyahu to form a coalition after last April’s election and his dismissal of the Knesset to call new elections this past September, which have also not yielded a governing coalition, we’ve had only a transitional government. That kind doesn’t pass new budgets).

Lone soldiers from abroad, who often serve in combat units, often elite ones, are the focus of Maltz’s piece. I know all about this: my son was one of these. But this is not the only kind of lone soldier. They are also Israelis who, for whatever reasons, do not have parents to go home to, because their parents are ill or deceased or, more commonly, because poor family relations preclude this. Lone soldiers have no home to which to return on leaves, including regular shabbatot. No one who does their dust, mud, and sweat-infused laundry for them. Cooks and serves them good, special meals. Greets them with cries of relief and joy, with hugs. Sends them back to their bases ever so early on Sunday mornings with a good breakfast, and with treats. Runs to the pharmacy for the best ointments and dressings and tends to injuries the army laughs off, but parents don’t. Notices when an eye is infected and not receiving the needed care; when a cough persists.

Despite these hardships, on top of those of army service itself, such soldiers serve. They don’t seek an out; they seek to serve. All they ask is that they get the meager stipends they were promised, so they can cover their rent and pay for food on their own.

We are told there is no money.

There is plenty of money for lots of things. Like paying MKs 40,000 shekel a month, with an automatic pay raise coming (!) when they do nothing, certainly nothing approaching their full jobs, for the better part of a year. No laws passed. No implementation of obscenely delayed programs to prevent violence against women. No reform of our chronically failing educational system, whose shameful record just disgraced us, again, on international measures (nationally, we rank below Croatia. The levels of Israeli Arab students rank below those in Jordan. And these woeful results are artificially inflated because they don’t count the Haredi school systems, whose students, certainly, the male ones, are illiterate in math, science, and reading, the areas the PISA tests measure).

No professional administration of our health system at the top, no expansion of facilities or hiring more nurses and doctors — or educating the latter in Israel — despite 120% over capacity in the hospitals and people languishing for days on gurneys in corridors; the “nightmare” that is our emergency rooms; despite the lack of fully equipped hospitals and staff in the perpetually underserved “periphery.” No enforcement of the most elementary safety regulations on building sites, where the death toll rivals only the horrific record on our shamefully under-policed roads.

There are, however, tens of millions for a luxury new airliner for the prime minister and his spouse to travel in five-star comfort even when that project runs way over budget. There are billions for submarines the IDF says we don’t need — even for commissions on the deal to people close to and related to the prime minister.

And there are billions for elections Netanyahu manipulates for his benefit. This country was due for an election last month — November 2019 — at the end of his term — but he called an early one for last April, hoping he’d improve his coalition’s seat count so he would get an immunity law and a Supreme Court made supine via override legislation. He failed to form a coalition and then would not return the mandate to President Rivlin, instead, dissolving Knesset and calling another election, for this past September, in which his electoral failing was even worse. And then he failed, yet again, to form a coalition. Now, indicted on serious criminal offenses, he won’t do the decent, honorable thing for this country and resign in order to deal with his legal issues on his own time — and his own dime. No, he keeps this impasse going, holding over us the threat of a third election in less than a year in order to try to force a deal that can only benefit him politically. Billions, for needless elections.

Lack of money is definitely not the problem in this country. Lying about it is.

At least don’t propagate the lie that there is no money.

Say: we fund what matters to us. We shaft those who can be shafted. Which, one way or the other, on the above listing, is all of us, though clearly, some get more of the shaft than others.  Of course, that includes lone soldiers. They asked to serve, did they not?

Someone has to bear the burden.