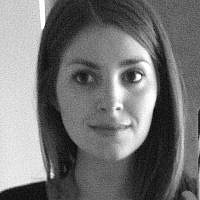 The Blogs
Elise Bloom
Interior Design-Building and Renovating in Israel- a tell all guide.
Apply for a Blog
Advertisement
Please note that the posts on The Blogs are contributed by third parties. The opinions, facts and any media content in them are presented solely by the authors, and neither The Times of Israel nor its partners assume any responsibility for them. Please contact us in case of abuse. In case of abuse,
Report this post.

I usually write about lifestyle and design, new restaurants and fashion but in the last few weeks it hardly seems appropriate to be discussing lifestyle when as Israelis, our very way of life seems to be under threat.

We all woke up yesterday to the terrible news of yet another murder in the wake of the last few devastating weeks and well as news of multiple incidents of violence against Arabs. A young Arab boy – Muhammad Abu Khdeir from east Jerusalem was brutally murdered and his body found on the outskirts of the Jerusalem forest. The news of the past few weeks of Eyal, Gilad and Naftali’s murder has sent an absolutely heartbreaking shock wave across our nation. And now there is talk that the murder of the boy from East Jerusalem was a revenge killing (although currently unsubstantiated).

I join the outcries of many Israelis, old and young alike who sincerely hope that this is not the case and hope that in fact it was not a revenge attack. I am writing this post in order to speak out and say that if the perpetrators are found to be Jewish Israelis then I say to the World ‘Not in my name’. Not in the name of the Jewish people or the citizens of Israel. Certainly not in the name of Eyal, Gilad or Naftali, (may their memory be a blessing), not in the name of their parents and not in the name of their families and friends.  Our nation and our people do not support this kind of heinous behaviour- the very thing we have accused our enemies of. And we will not allow one or two crazed vengeful individuals speak on our behalf with their terrible actions.

Incidents like these seek to add fire to the moral equivalence argument. Claims will be made that there is no difference between our young Israeli boys’ murders and the murder of the young Arab boy. By no means can or should any act of civilian violence against Arabs be justified or tolerated and murder is murder but the difference is this; When three young Israeli boys are kidnapped and shot dead in cold blood  the roar of support from the Palestinian people is overwhelmingly obvious- including that of the mother of the alleged murderer Abu Eisha who ‘will be proud of his actions until her final day’. You very rarely hear condemnation (with the exception of the brave Arab Israeli boy Mohammad Zoabi of Nazareth) from the Palestinian people when their brothers commit such atrocities. Surely if you want to separate yourself from a ‘collective punishment’ you would want to differentiate yourself from those who should be punished? Ok perhaps some Palestinians don’t have the luxury of freedom of expression, but they sure as hell do not need to actively celebrate the kidnap and murder of young boys.

If the murderers of the young Arab boy are found to be Jewish Israelis, not only will our nation NOT applaud and cheer but will all strongly condemn the crime. We will NOT hand out sweets to our children and we will NOT encourage and promote social media photos holding up one finger to symbolize the death of the child. Many people, including myself will speak out to ensure the world understands that this one act of vengeful murder does NOT represent us. It does NOT represent our ideas, our values, our belief system or way of life and I simply cannot understand why more Palestinian Arabs don’t do the same thing when it comes to Hamas and terrorism if they so wish to be separated. But then perhaps they do not wish to be separated, perhaps they support the actions, and that is what separates these two acts of murder. One of them an entire nation supports and the other an entire nation condemns. You do the math. #notinmyname

About the Author
Elise is a qualified Interior Designer running her business from her Jerusalem-based office. She has over 8 years experience in the field in Israel. Elise made Aliyah from Melbourne Australia. She has keen eye for detail and vast knowledge of the ins and outs of the field. This coupled with her unique aesthetic makes her an authority on all things Interior Design. She works with the top suppliers in the country and offers a bespoke service to her clients.
Related Topics
Related Posts
Comments