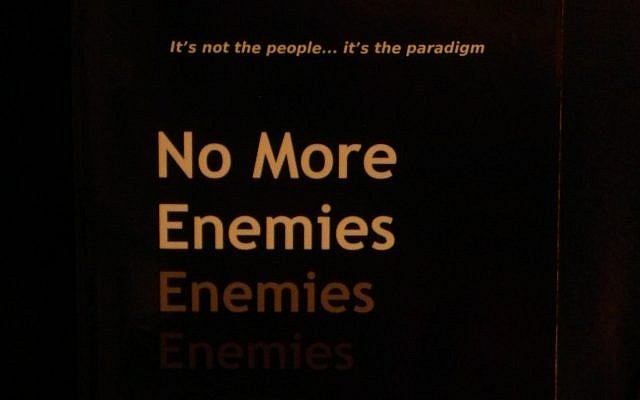 Now hear this, all you energized political partisans out there. You’re feuding about the wrong stuff! Certainly a national crisis (or an election) raises the decibel level of our social discourse to deafening levels, but politics as usual is a fateful distraction. The truly foundational operative distinction awaiting our collective attention is not about politics.

Rescuing ourselves and our planet requires that we focus on Riane Eisler’s classification of societies and cultures as either partnership-oriented or domination-oriented. The usual sociopolitical and economic binaries (capitalist versus communist, left versus right, Europe versus Asia, etc.), while pertinent, are just commentary. The crucial criterion for whether a culture or subculture and its leaders are benign or destructive, to their society and to the planet, is whether they embody a partnership orientation or a domination orientation – because that shapes everything else. For more depth on that subject, read Eisler.

What are our prospects for fostering a society more partnership-oriented than the one we’ve got now? A key obstacle is the unexamined notion of enemies, which deserves a closer look.

We are a flawed species

First, consider this: We humans have evolved toward a self-reinforcing tendency to domination. It’s built in. Modern technology has not altered, and may even have amplified, that tendency. We are a flawed species, violent, territorial, and tribal, and with social media it’s all gone ballistic.

Our cultural extensions evolve ever more rapidly, from the dawn of cyber to wearable computing in just a few decades, while we ourselves remain stuck in barbarism. So let’s say we decide today to envision a deep redesign in human sociocultural evolution and then strive to actualize it. Let’s say we aim to become the fulcrum generation that figures out how to pivot humanity toward a different future as a species – maybe just in time to save the planet and the beings who share it with us. What would we have to do?

Onward to No More Enemies

I suggest that, as a point of departure, we identify a single, beneficent, unifying idea that all humans could rally behind, right now. The ideal unifying concept would help us focus our collective energies on designing a workaround for our in-built toxic behavior patterns – without inviting abusive control by despots, a common downside of revolutions past.

No More Enemies might be just the thing. As a conceptual paradigm, as a meme for species-wide partnership, as a candidate for a reparative viral trajectory, this notion is uniquely suitable. A spirit of solidarity and synergy is inherent in the idea itself.

No More Enemies allows us to say to ourselves: Okay, it’s true we are a flawed species. But we (and “they”) are all similarly tainted; it’s generic. Like domination-oriented cultural blueprints, the enemies paradigm emerged as an artifact of human neurobiology, the same for everyone. We can unlearn the idea that adversaries are necessarily enemies; we can train ourselves to see them as valuable potential allies in a shared quest to transcend the in-built flaws of homo sapiens. Imagine what a powerful functional upgrade this could launch for us all.

Ostensible enemies have managed to cooperate in joint endeavors when the stakes were high enough and the nature of the enterprise was appropriate: Think of the International Space Station, for example, with Russians and Americans spacewalking together in the back yard. Locally, globally, and out there in space, the need for coordinated action powered by partnership is increasing exponentially. The good news: scholars like Eisler and biologist Lynn Margulis have shown that cooperation, not competition, is the real linchpin of evolution. Research critiquing neo-Darwinism suggests that “humans are naturally cooperative, altruistic and social, only reverting to violence when stressed….” That old enemies paradigm has been a powerfully malign stress factor all by itself. So let’s outgrow it.

We could molt the enemies mindset

The notion of enemies is one of those ideas we don’t so much think about as think with. Rarely does anyone stop to examine the validity of the idea itself. Meanwhile, we continue to make war on “them” (stronger adversaries) or warehouse “them” behind walls (weaker adversaries) when what we need is smart, joint problem-solving with those same adversaries.

This reparative, self-administered social redesign could help us to start viewing our adversaries as assets instead of threats. No holdouts on either side would be permitted to deflect us from this path. Moreover, when we adopt a No More Enemies filter to screen our own behavior, the impact should radiate. As more individuals anywhere practice something, practicing it becomes easier for others, even in remote locations. We don’t know how or why, although Rupert Sheldrake and others have proposed some elegant theories. There is good reason to presume, meanwhile, that an embryonic dynamic of emergent partnership can spread and become self-fulfilling. Hard work, but not unachievable.

Why wait? Any time is a good time to redesign. The standard wall-mongering autocrat is hawking an obscenely archaic model of human interaction. Let’s identify, align with, and support public figures who commit to the No More Enemies upgrade and can inspire more of us to do likewise. That way lies the major shift we need toward a sustainable shared future. Let’s be bold and co-create a planetary collective of partnership-oriented people (including “them”). Maybe it’s not too late. Let’s find out. No More Enemies.