Producing and marketing weapons of mass destruction would be a hard thing to do, if there were peace on Earth.

From the point of view of arms dealers, whenever military tensions do not exist, they must be fabricated and expanded. A recent example can be found in the Ukrainian crisis. Another one happened in Asia. And a new level of crisis is now being fabricated in the Middle East.

In Asia, beneath the surface of a strenuous diplomatic effort of many years, North Korean preparations to develop atomic bombs were consistently tolerated by the United States and its allies. As a result, that small country was happy to make its successful nuclear tests in 2006, 2009 and 2013. It is now an atomic power.

The United States is not totally unhappy with the Korean atomic bombs, for the U.S. allies in the region are now much more dependent on its military “protection”, and selling military protection is good for one or two areas of business in various geographical regions.

No one could sell and spread the dangerous and unstable atomic technology if it were not for nuclear proliferation. Atomic power for energy production is being widely abandoned since the 2011 disaster in Fukushima, Japan. The sector has always been dominated by military research and development.

It is not difficult to understand why some Washington pundits consider it a nice idea to have Iran as a fully developed nuclear power in the Middle East: it would make Israel much more dependent than now on the good will and protection of the White House.

Israel, however, is not happy with the idea of living under the permanent shadow of a nuclear threat from Iran.

While in Asia, North Korea is naturally restrained by China, in the Middle East there is no country to stop a nuclear Iran from threatening and attacking Israel in various ways, or from dominating Arab countries in the region on the basis of its nuclear capabilities.

True, USA leaders did not officially admit their acceptance of an Iranian nuclear arsenal, just as they never ostensibly accepted North Korean’s bombs. As these lines are written, the White House insists and keeps reiterating (in public) that it does not want Iran to be a nuclear military power.

However, a surprisingly candid essay was published in the July-August 2012 issue of “Foreign Affairs”, the magazine of the U.S. Council on Foreign Relations. The text vigorously defends Iranian nuclear weapons project. Its very title shows a significant degree of frankness, for it says: “Why Iran Should Get the Bomb”.

One reason for such an article to have been be published in “Foreign Affairs” in 2012 is that nuclear proliferation, while being unacceptable by anyone who has a respect for Life, is obviously stimulating for Uranium-enrichment and related activities in the USA and elsewhere. Those involved in such sectors of economy are influential in more than one circle of strategic thinking. They are not alone in that.

Political leaders also pay attention to matters dealing with national security, and sometimes they get personal advantages from initiatives in such areas. Since 2012, for instance, Hillary Clinton and Bill Clinton have had the blessings of receiving donations from a uranium producing giant in the USA, “Uranium One”.

Previously Canadian, the company now belongs to the Russian atomic energy, Rosatom.  The Russian connection attracted the attention of the New York Times.  Through “Uranium One”, Moscow came to control one-fifth of all uranium production capacity in the United States, at exactly the same time when Washington developed a radical anti-Russia rhetoric, using Ukraine as an excuse for its war of words and financial pressure against Russia.

“As the Russians gradually assumed control of Uranium One in three separate transactions from 2009 to 2013, Canadian records show, a flow of cash made its way to the Clinton Foundation. Uranium One’s chairman used his family foundation to make four donations totaling $2.35 million. Those contributions were not publicly disclosed by the Clintons, despite an agreement Mrs. Clinton had struck with the Obama White House to publicly identify all donors. Other people with ties to the company made donations as well. And shortly after the Russians announced their intention to acquire a majority stake in Uranium One, Mr. Clinton received $500,000 for a Moscow speech from a Russian investment bank with links to the Kremlin that was promoting Uranium One stock.”

These are evidences indicating that the Clintons know how to win friends and influence people. They might want to know more about ethics.

There is something we must not forget, as we see such an easiness of manners and absence of concern regarding nuclear proliferation and the possibility of an atomic war in the Middle East and other regions, either with conventional or “dirty” bombs, possessed by regular governments or not. We must remember the point of view of the people in the streets, including the parents and children to be caught by surprise by the sudden vision of a nuclear explosion and its deadly heat.

The possibility of an atomic attack anywhere is a planetary event. It is an existential threat to mankind and not just to Israel and the Middle East. The duty of all is to prevent any such event and to reduce to zero its possibilities. In order to do this, we ought to remember some of the saddest lessons given us by history.

On 6 August 1945, for example, this was the experience of a Japanese citizen in Hiroshima city:

“As the first atomic bomb detonated above him, Tetsuhiko Uehiro was in the men’s room of a train station, one stop away from his appointed meeting place with a group of teenage workers. Feeling the shock and heat, he dove out the door, ducking and rolling away from the blast as he had learned in judo. Waves of thermonuclear fire rolled over him, searing his outer garments; radioactive dust rained on his head and shoulders.”

He did not have to think too much before acting.

“Uehiro picked himself up and began walking through horrific fires and devastation toward the next train station. There he found only the charred cinders of a few of the teenagers who belonged to his work group. For the next four days he wandered through the radioactive rubble in his underwear, searching for anyone he knew, offering what little aid he could. Countless disfigured faces cried out for water and screamed in the pain of unrelievable burns; thousands more were burned and distorted into unimaginable shapes.  After four days searing these memories into his increasingly benumbed brain, Uehiro staggered ten miles more to his home outside Hiroshima and collapsed.”

His ordeal had just begun. The narrative proceeds:

“For six months thereafter, bedridden Uehiro fought for his life day and night against radiation sickness. His skin was scarred, his hair fell out, and his internal organs were ridden with radioactivity. Almost miraculously, he began to recover. But while bedridden, Uehiro was not idle. His mind was working continuously on a single problem: how to avoid future war and conflict. Today, we might call his experience posttraumatic stress. But instead of asking people’s aid, this amazing man tried to think how he could solve the problem in the future. Inevitably, he returned to the same conclusion: as long as hate and conflict remain in people’s minds, there will be no end to armed   conflict.”*

Uehiro created a grassroots movement for promoting practical ethics and community action.  The initiative spread; by 1998 it had four million associates. Although it offers useful lessons for our own time, one difference is that while Uehiro had to act AFTER an atomic explosion, it is still within our reach to act BEFORE it.

Every citizen and honest government of 21st century can help prevent such a catastrophe from taking place again.  If tough measures are necessary, they will take place provided that tough decisions are made. We don’t need any other Hiroshimas and Nagasakis.

It is a good idea to investigate in public what businesses and political interests may be benefitting from nuclear proliferation, as well as from anti-Semitism and other forms of socially organized hatred, in the Middle East and elsewhere.

The power of thought and the force of an altruistic intention should not be underestimated.  The role played by ethical journalism and by active, well-meaning citizens can defeat anti-Semitism and awaken much of human population to the practice of a planetary ethics, while slowly transforming the whole world in a better place.

*“Practical Ethics for Out Time”, by Eiji Uehiro, Translated and with a Foreword by Carl Becker; Charles E. Tuttle Company, Boston, Tokyo, copyright 1998, printed in Singapore. See the Foreword at pp. vii-viii. 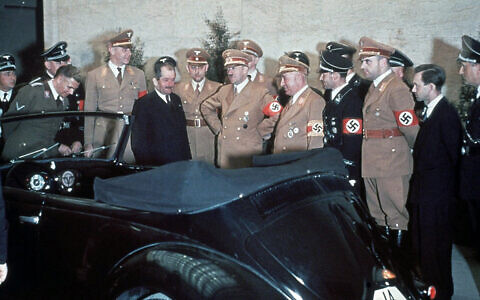 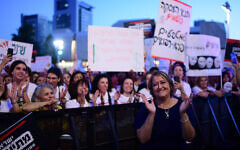 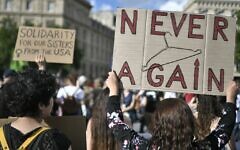