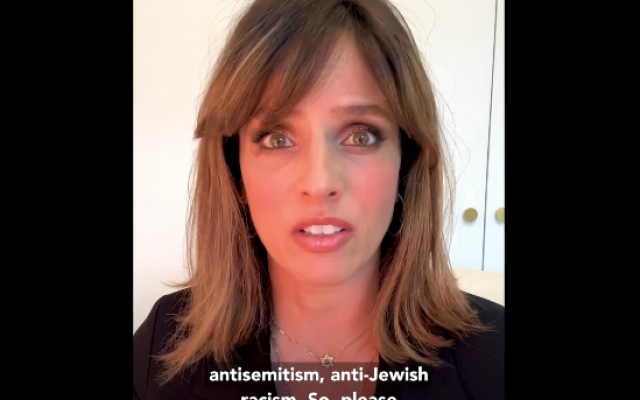 Israel gets a lot of criticism, and some of it can seem unfair, but its partisans are too quick to cry antisemitism. The latest example involves the globally resonant death of Al Jazeera journalist Shireen Abu Akleh while covering clashes in the West Bank.

It was only a matter of time until propagandists would move from the pro forma condolence to the family, and justified outrage at the Palestinians’ refusal to hand over the bullet, to claims that Israel is being unfairly hounded due to antisemitism.

The latest and perhaps greatest salvo comes from the articulate and excellent Israeli actress Noa Tishbi, a Twitter star who has forged an impressive career in the United States, speaks flawless American English, and is regularly moved to defend Israel in a sort-of counterweight to the Palestinian-descended American model-activist Bella Hadid.

It’s been a week since the horrific death of Shireen Abu Akleh. It was NOT an execution or a targeted assassination. Sadly journalist are killed around the world every week, without the same global reaction. This is the antisemitic double standard.

In a tweet video, Tishbi presents a recent study by the International Federation of Journalists showing that between 1990 and 2020 2658 journalists were killed 65 of them in 2020 alone and with numbers running nigh in countries like Pakistan, Mexico and Philippines. Twelve were Al Jazeera journalists, of whom 7 were killed in Syria, and the others mostly in the Arab world, places like Iraq and Yemen.

She argues that only Abu Akleh’s death was greeted by hateful rhetoric and vitriol on social media, being directed at Israel. “It’s purely rooted in sometimes subconscious, antisemitism. Anti-Jewish racism,” she says.

It’s a great video, but it misses something of the essence. While picking a Twitter fight with a quite sympathetic celebrity is not something I normally do, I was compelled to reply (tweet here).

A reply to @noatishby who suggests the attention given the death of @ShireenAbuAkleh of #Aljazeera in the #westbank is disproportional because other journalists have died and may result from #Antisemitism – which is oversimplified and misses the essencehttps://t.co/SBmE1vkj2N

And this is the essence of the argument.

All conflict deaths are horrific. Cases where journalists are involved are disturbing because these are non-combatants who take huge risks to tell the world the story of the world, and this is a critical public service. Several have been my colleagues at the Associated Press, and their memory haunts me. Their safety should be assured.

Without diminishing in any way from their sacrifice, the vast majority of the journalists mentioned in the IFJ report were locals killed by locals known only to locals in countries that are either not democratic, impoverished or lawless, and sometimes a combination of all three.

Very rare is the killed an on-air correspondent well-known to international audiences. They are not worth more – but it is human nature to be most affected by the death of someone famous, or even familiar. Abu Aklah had been that for many millions of people across the Middle East and the world for a quarter century.

This human instinct – to be more shocked by the death of someone familiar – may not be just, but it is the case.

This does not explain all of the indeed extreme outpouring about Abu Akleh – including by the aforementioned Hadid – but it probably does account for most of it.

Some of the rest may attach to antisemitism, but probably not most. There is a simpler and truer explanation, and that is that she died in the context of Israel’s occupation of the West Bank, which is one of the few major policies by any player in the world that is almost uniformly detested.

I know, I know, the world oversimplifies. There is an excellent argument for rooting out terrorists connected to the outrageous murders recently on Israel’s streets, yes. There can even be a security argument for controlling the West Bank, at least partly, for a while. And yes, the Palestinians have missed good opportunities to do a partition deal, no doubt.

But no other democratic country has controlled millions of people who cannot vote in its elections for decades while building towns in the same territory for one group only – for Jews only, who can vote, and have democratic rights, often literally right across the highway. Viewed a certain way, there is no equivalent. And with each day it continues, it drags Israel a little bit closer to an outcome of being a non-democratic binational state.

If you’re looking for a source of antisemitism that does exist you need to look no further than the settlements, and the occupation.

As the son of Holocaust survivors – from Romania, where half the Jews were killed by the Nazi war machine and local collaborators – I feel a special urge to ask that we not cheapen the term antisemitism.

Tishbi is far from the only one. Israel’s Eurovision entrant Michael Ben David, who represented the country last week in Turin, Italy, has complained of alleged antisemitism too, arguing that international media refused to interview him because he was Israeli. Not because he was in the minority of contestants to fail to make the final (the “real” competition). 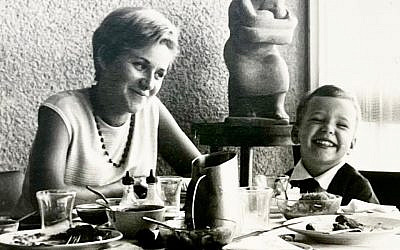 Good people: antisemitism refers to something real. My mother was among the few who survived the Iasi Pogrom, which scarred her for life: in later years she too saw antisemitism under every rock. Her trauma made her irrational on the issue. But Ben-David has no such excuse, and neither does Tishbi. Or me, or most readers.

Israel is not covering itself with glory with its behavior in the West Bank. Certain aspects of the situation there are pretty much impossible to defend and not justified by security. If you behave this way, be prepared for the consequences. You are going to look bad, and it isn’t about antisemitism.

Let’s not give the actual antisemites the gift of diluting their dangerous bigotry.