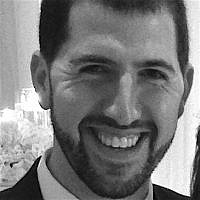 The Blogs
Zev Goldberg
Apply for a Blog
Please note that the posts on The Blogs are contributed by third parties. The opinions, facts and any media content in them are presented solely by the authors, and neither The Times of Israel nor its partners assume any responsibility for them. Please contact us in case of abuse. In case of abuse,
Report this post.

By many accounts, the future seems uncertain for the Jewish People. Anti-Semitism is on the rise, Iran’s nuclear ambitions continue and here in the United States, we face an unprecedented polarized political environment that threatens the stability of the U.S. – Israel relationship. Despite these worrisome trends, there are some extraordinary moments worth celebrating.

This past Sunday, 1,200 people experienced one such moment as Yeshiva University celebrated its triennial Chag HaSemikhah. The Chag HaSemikhah, loosely translated as “festival of ordination,” is a graduation ceremony for rabbis. This year’s graduation included over 130 men of all ages from countries throughout the world. The Hebrew word semikhah literally means to lean; it is used in the context of rabbinic ordination because in ancient times a teacher would lean his hands on his student’s head to symbolize that the student is now permitted to serve as a rabbi.

The full depth of the experience is only appreciated when noting the two instances in the Torah where semikhah is given. In the beginning of the book of Numbers, at the time of the inauguration of the Tabernacle, the Jewish People are told to place their hands on the heads of the Levites. Additionally, at the end of Moses’s life, G-d instructs Moses to place his hands on Joshua.

Rabbi Samson Raphael Hirsch notes that in both instances there are two dimensions to the ceremony. The Jewish People and Moses are both granting. In the former, the Jewish People are granting permission to the Levites to serve in their stead in the Tabernacle. In the latter episode, Moses is granting permission to Joshua to take over as the leader.

However, the Jewish People and Moses are also gaining. The Jewish People are gaining skilled representatives who will serve as their proxy in G-d’s sanctuary. Moses is gaining a successor who will carry on his legacy.

These two aspects embedded in semikhah were powerfully present in the Yeshiva University’s Lamport Auditorium this past . At the ceremony, seated at the dais, were the revered leaders of our generation; giants of Torah who have served the Jewish community with dedication and distinction for decades. Our venerated rabbinic leaders officially granted permission to a new generation of budding leaders to rule on matters of Jewish law ranging from the detailed laws of kashrut to the complex laws of family purity. There was a real sense of awe and reverence as our Torah leaders affixed the next chain in the link of the Mesorah, our holy tradition.

However, there was another palpable feeling in the room as well: that of excitement. Everyone in attendance understood that the Jewish People were now gaining a new generation of rabbinic leaders who are uniquely positioned to engage 21st century Jewry. Among the 130 new rabbis were young men serving as campus rabbis at some of the most elite universities in the country. Other graduates already serve as leaders in their respective congregations throughout the world, while others continue to study in the great halls of the Beit Midrash (Torah study halls).

The thread that weaves each graduate together is an unwavering commitment to the values and traditions that have been transmitted from teacher to student; a chain that has been unbroken since Moses, as well as a passion to leave a unique imprint on the ever evolving saga of Jewish history.

The Chag HaSemikhah is both humbling and electrifying; overwhelming yet empowering. It is a moment that is cause for real celebration; a moment of strength and pride during these times of great uncertainty.

About the Author
Rabbi Zev Goldberg is the rabbi at Young Israel of Fort Lee in Fort Lee, NJ.
Comments