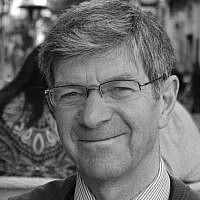 ‘There’s no rest in the West’ – that was the intriguing title of a talk given by a friend of mine in describing a culture which has turned us into restless zombies forever plugged into our mobile phones with no time to stop and think where we are heading.

But we have paid dearly for it as the incidence of mental illness has sky-rocketed under the increasing stress and strain of 24/7 living.

The Lord has made it clear that the Sabbath (resting every seventh day as He did in creating the world) was not just a law to spoil our fun, but for our own good. A proper rest of body, mind and spirit sets us up for the week ahead with renewed energy and inspiration.

Early Western civilization, built on Judeo-Christian principles, adopted the Hebraic model of the Sabbath rest which largely prevented the stressful effects of today’s hamster-wheel existence. Some of us in the West can still remember those halcyon days when all the shops were closed and we could re-engage with our Creator amidst the peace and tranquility of the beauty around us.

In modern Israel, though otherwise mostly secular, the Sabbath (Friday sunset to Saturday at the same time) is almost universally observed, so much so that it has become part of their national character. Is this why Jews are so successful in business, technology and almost every other pursuit? Even some Arabs close their shops in Jerusalem where the streets suddenly empty as the Friday sun goes down, and all is peace and quiet, signifying a time for God and family.

We are currently some halfway through another kind of Sabbath, the Shmita (or Shemitah), in which God calls his people to leave the land lying fallow for one in every seven years. Its practice has been largely lost, but a movement is gathering apace in Israel to return to such biblical ways (see Leviticus 25), and farmers taking part are finding that they are being doubly blessed by doing so.

For the biblical promise is that, if you keep the sabbatical year, you will have a much greater yield than normal in the year immediately preceding it. Now, despite a tight budget in financially-straitened times, the Israeli Government is setting cash aside to further encourage involvement in the practice.

A citrus and herb farmer my friend interviewed said it helped him to gather new strength and do things he couldn’t do in the other six years, like studying and spending more time with his kids. Another welcomed the change from normal routine, provoking fresh ideas and spiritual renewal, all of which leads to inner peace.

Moshe D, who grows tomatoes and peppers, recalled how he decided to observe the sabbatical year of 2000/1, ceasing all cultivation and closing the farm. “I had great apprehension because of the need for income and meeting commitments, and I was in a really difficult financial position. But from the moment I decided to keep it, things changed. I had a big harvest and good prices (in the sixth year), earning three times what I normally get, which provided for living through the sabbatical year.”

A sheep and barley farmer who decided not to plant barley in the sabbatical year of 2000/1 was compensated by the fact that his ewes gave birth to many more lambs than usual.

“These testimonies show us that farming can be as much about quality and values as quantity,” said my friend, Don Stanley, an Australian who grew up on a farm and now lives in Jerusalem, “and that obedience to God’s commands is absolutely practical because He is faithful. There’s more to life than materialism and making money.”

Or in the words of Yeshua (Jesus): “Life does not consist in the abundance of your possessions.”

The Bible also says: “Man shall not live by bread alone, but on every word that proceeds from the mouth of God.”

Jesus told us not to worry about what we will eat, or drink, or wear, for our Father in heaven knows our needs, but that if we “seek first His kingdom and His righteousness, all these things will be ours as well”. (Matthew 6.33)

It’s time to rest and listen to God. Those who refuse to do so are rushing headlong towards the Abyss. Those who don’t acknowledge God are effectively fools, for the Bible says: “The fool says in his heart, ‘There is no God’.” (Psalm 14.1)

The kings of ancient Israel who failed to consult God about policy invariably led the nation to military defeat and ignominy, and we see the same thing happening in today’s Britain.

Our 24/7 culture produces two kinds of heart problems – one resulting from the sheer stress of overwork and the other from a lack of time given over to ‘heart’ matters like communicating with our Maker.

The Lord promises both peace and healing to those who are contrite in heart, sorry for their misdeeds and who seek God’s forgiveness, restoration and favour.