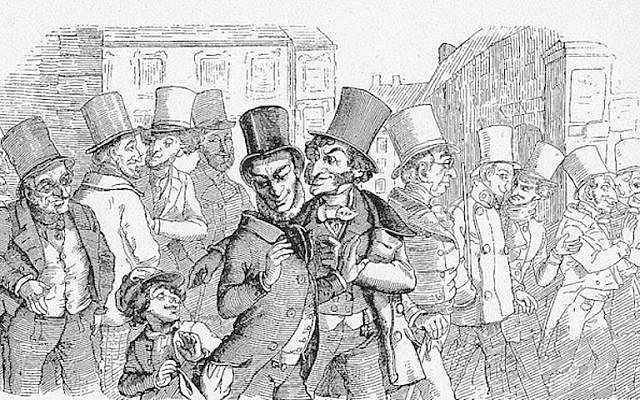 It has often been written that antisemitism is the oldest hatred and the reasons it has existed for millennia are the reasons why one should have no illusions about its disappearance anytime soon.

Having said that, the decades after World War II, while hardly devoid of manifestations of antisemitism, were relatively quiet on that front. The most significant factor in this phenomenon was the sense of shame about Jew-hatred when the first pictures of Auschwitz appeared. Antisemitic attitudes did not vanish suddenly, but the willingness to act out on the basis of anti-Jewish beliefs was significantly constrained. If centuries-old conspiracy theories about the alleged evil and poisonous power of the Jew had led to the gas chambers, then one ought to be careful about exhibiting antisemitism.

Now, years later, with the Holocaust a distant memory in many circles, that sense of shame about acting out antisemitism is largely disappearing. It is true that enough of it still exists that the principal formula to hide antisemitism, anti-Zionism in the guise of criticism of Israel, is still alive and well.

What we see, however, is increasingly an antisemitism that announces itself in the proudest terms. This loss of shame bodes ill and suggests that the current burst of Jew hatred that has surfaced around the world, including in the United States, is not about to go away very soon.

Examples of shameless antisemitism abound and not only from the extremes. Themes include blaming the Jews for COVID and for exploiting it for selfish purposes; caricatures of Jews with power with visual images out of the Nazi playbook; Jewish capitalist manipulation of the economy at the expense of workers; accusations against Israel of Nazi-like behavior and the harvesting of organs of Palestinian children.

These are not new ideas, but what is so striking is the blatancy of such conspiracy notions and the lack of a need to frame antisemitism in defensible terms.

It is useful with the decline of the inhibiting factor of shame to remind ourselves why antisemitism was so pervasive and lasted so long in different settings.

Hatred of the Jew shares characteristics with other forms of prejudice— the Jew seen as the other, discrimination, stereotypes. What makes it unique and goes a long way to explain many of the anomalies about antisemitism – why it has persisted so long, why there are so many contradictions such as accusing Jews of being behind capitalism and communism at the same time, or antisemitism without the presence of Jews – is the notion that the Jew is not what he or she seems to be, a human being like others, but rather is the hidden source of evil power in the world.

This notion that the Jew is not what he or she appears to be means that whenever society experiences anxiety – political, economic, social – political leaders and others have the opportunity to turn to this deep-seated belief and bring it to the surface to explain why the population is feeling so nervous. You think it’s normal economic trends that are disturbing you? No, the all-powerful Jew who is manipulating the international currency is why you are suffering.

That is why it can never be said enough that the moment in history in the realm of antisemitic ideology that captures and summarizes the phenomenon of antisemitism more directly than anything else was the publication of the fraudulent document the Protocols of the Learned Elders of Zion. The writer of this fantasy, which elaborately pretends to be the plans of Jewish leaders to take over the world, understood that this is how millions of people globally already saw the Jew. Putting it down on paper would provide the ultimate confirmation in detail of what they believed anyway. And it played itself out in the extermination of the Jews of Europe.

As we move forward, we must enlist all our resources: educational, advocacy, political, technological to counter this trend. We must make sure that as much as we know that antisemitism is not going away, there are actions, words and policies that can be harnessed to constrain its worst manifestations.