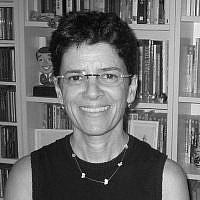 The Blogs
Anat Saragusti
Apply for a Blog
Please note that the posts on The Blogs are contributed by third parties. The opinions, facts and any media content in them are presented solely by the authors, and neither The Times of Israel nor its partners assume any responsibility for them. Please contact us in case of abuse. In case of abuse,
Report this post. 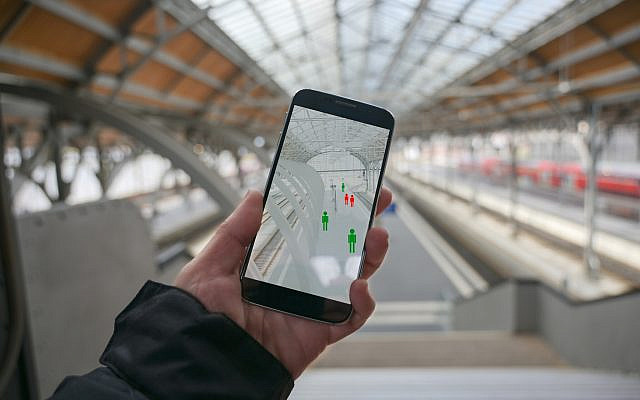 An existing smartphone app for tracking the spread of infection which determines who has been in contact with people who have been infected with the coronavirus. (iStock)

In the wee hours of the night, like those with something to hide, members of Knesset enacted the law officially known as “The Authorization of the Shin Bet to Support the National Effort to Minimize the Spread of the Novel Coronavirus Law (Temporary Order) (Amendment) 5780-2020.” Only 71 Knesset members bothered to attend the vote; 48 of them supported the law.

Behind the national effort to minimize the spread of the novel coronavirus hides what has become known over the past few weeks as “The Tool,” or “The Shin Bet’s Tool.” It is, in fact, the authority that is granted to the secret security services to track citizens who have committed no offense and are not suspected terrorists; they are only suspected of having been in contact with confirmed virus carriers.

And thus Israel has shed another layer of our democratic defenses and has relinquished – voluntarily – our right to privacy, putting it in the hands of a secret organization that is hardly monitored, whose activity is clandestine, and that by law, and unique among the democratic nations, works in a manner that is far from transparent.

The evolution of the law until its final approval at the Knesset reflects not only the zeitgeist — fear and terror of the virus’ spread — but, more than anything else, the addiction of Israel’s authorities and leaders to security services and the glorification of the tools that these forces have developed, as if they were no less than Aladdin’s magic lamp.

The discussions were held in the Knesset’s Foreign Affairs and Defense Committee which, unusually, had opened them to the general public, and had even asked civil society organizations that work in the fields of human rights and privacy to share their opinions. Thus, we were able to closely watch hours of discussions, and learn not only about the legislative process, but perhaps even more so about the enormous gap between the reputation of the Shin Bet’s Tool and the Tool itself, between what the Knesset members think and the facts that were uncovered in the committee. The open discussion also allowed us to realize how shockingly little it takes to deny us our privacy.

While other countries have developed voluntary, Bluetooth-based apps, Israel has chosen, almost from the outset, to allow the security services to spy on its citizens.

The cries of privacy defenders did not help, nor did the appeals to the Supreme Court by human rights organizations. Even the refusal of the head of the Shin Bet to participate in the national effort to eradicate the coronavirus on the grounds that The Tool is not suitable for this mission has fallen on deaf ears.

The terrified leaders at large, and the Ministry of Health’s administration in particular, have fallen in love with The Tool, making it the Be-All and End-All.

It is either the Shin Bet or a lockdown — that, more or less, was the motto of the discussions. If we don’t use The Tool, we will have to impose a lockdown and the economy will collapse, they warned. They glorified the powers of The Tool to the extent that even Supreme Court justices, who grasped the danger of this unchecked breach of privacy, did not dare to rule against its use, feebly asking that the process be carried out by using primary legislation, rather than by using a temporary order.

Then, statistics started pouring into the Foreign Affairs and Defense Committee, that prepared the law for its second and third readings. How great was the disappointment, not to say the fall. The use of The Tool exposed its weaknesses for all to see. What the head of the Shin Bet feared has come upon him.

And this is the disturbing picture that was revealed during long days of discussions at the Foreign Affairs and Defense Committee:

It is hard to believe that anyone would buy a technology if they knew it would be wrong in 20% of the cases. The meaning of this error is putting thousands of people under house arrests — also known as quarantines — with no reason. Oops, we were wrong.

It is clear the human epidemiological investigations are the best way to understand and track the chains of infection. But what was discovered?

Moreover, a representative of the Ministry of Health was unable to provide data regarding the scope of the budget for marketing and advertising of “HaMagen 2” (The Shield 2) app that had been developed and is supposed to replace The Tool. The law requires a launch of the civil app within a week. It is an app on a voluntary basis, in which the data is saved on the users’ phones and is not transmitted to a secret center. It is significantly more precise than the Shin Bet’s Tool, it is based on an open source model, and it is immeasurably safer. It is clear to everyone, however, that if the Ministry of Health does not market this app aggressively and does not encourage the citizens to download it at the app store, it will not be able to provide the necessary layer of protection.

That is, one concern is that after the legislation of “The Authorization of the Shin Bet to Support the National Effort to Minimize the Spread of the Novel Coronavirus Law (Temporary Order) (Amendment) 5780-2020,” the Ministry of Health might think that there is no need to work hard to market HaMagen 2. 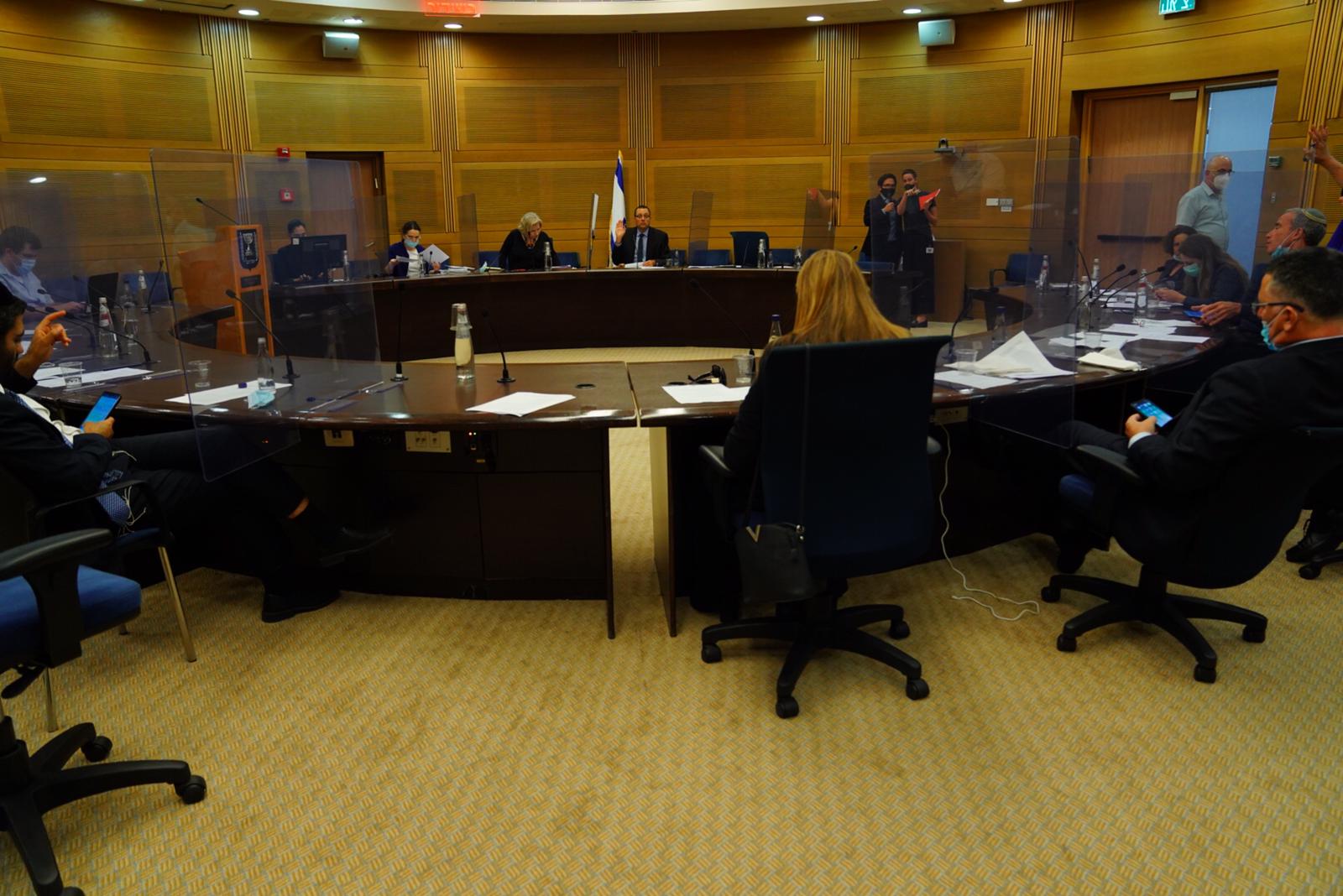 The Knesset’s Foreign Affairs and Defense Committee votes on a bill that would allow the Shin Bet to use tracking technology to identify those exposed to COVID-19 on June 30, 2020. (Adena Welman/Knesset)

Another concern is that once the law allowed the Shin Bet to use The Tool to track the general population, it will not be long before The Tool will be used for purposes other than fighting the coronavirus, ones that will surely be defined as having national importance.

Is detecting pedophiles not an appropriate goal? Perhaps tracking drug deals? Or members of the Mafia? Disorderlies? Dissidents?

Where do we draw the line?

This article is translated from the Hebrew original, which appeared in The Times of Israel’s Hebrew language partner, Zman.

About the Author
Anat Saragusti is a journalist, a commentator, a documentarian, an editor, and a feminist. She voluntarily serves as head of the organization 'Ken LaZaken' ('Yes to Seniors'), promoting the rights of senior citizens in Israel. She was on journalistic assignment in Gaza, Beirut, Ramallah, Aman, and Cairo. She lives in Tel Aviv and has an LLM. degree from Tel Aviv University. Anat is a proud daughter of the Saragusti family, which has been living in Israel since the expulsion of Jews from Spain.
Related Topics
Related Posts
Comments 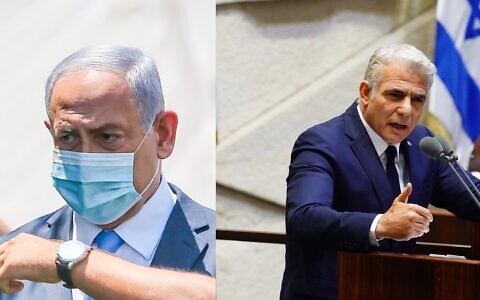 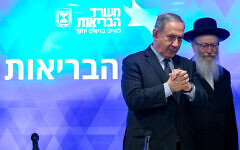 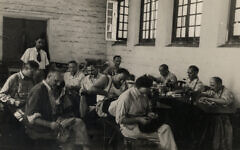