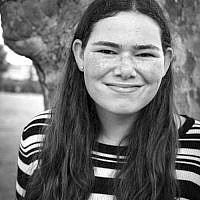 The Blogs
Ilana Drake
Apply for a Blog
Advertisement
Please note that the posts on The Blogs are contributed by third parties. The opinions, facts and any media content in them are presented solely by the authors, and neither The Times of Israel nor its partners assume any responsibility for them. Please contact us in case of abuse. In case of abuse,
Report this post. 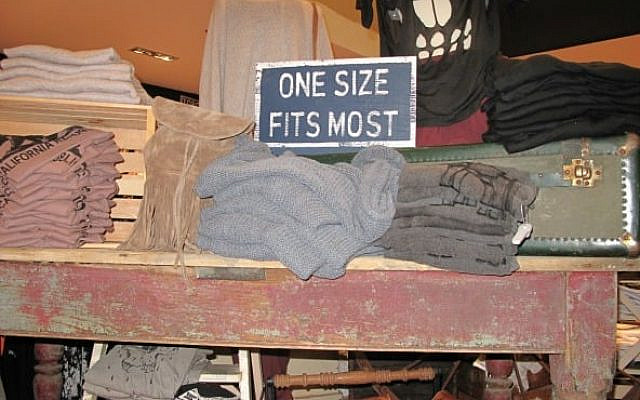 As a teenage girl growing up in New York City, each day I see a diverse array of faces. Every person in New York City is different, in outside appearance and on the inside. When I was twelve, my peers and I started obsessing over Brandy Melville. The clothes Brandy Melville sold were categorized as “needed basics.” While I enjoyed going to the store in my early teenage years, I now understand how Brandy Melville’s message is deceptive and that their “one size fits all” logo should be removed.

When walking into a Brandy Melville store, I would see bony models with 23-inch waists decked out in Brandy Melville clothes. The models sized up each customer when they entered the store, making them uncomfortable. On a visit with my friend in the summer before high school, we saw an employee who was a little larger than her coworkers. She was not dressed in Brandy, and when I asked her which clothes she recommended or liked to wear, she could only offer an oversized t-shirt.

Brandy does not cater to people outside of its “correct” sizing and the founders, Silvio and Stephan Marsan, made it this way for a reason. They wanted to design the clothing so that it was only for very skinny girls. In today’s society, size is everything. Not being a size small in one store is as embarrassing as being overweight (even when a person is not.) Brandy Melville has taken size to a new level, showing us that size small should be the norm. By teaching girls and women that size 0 is the expectation, Brandy is contributing to the crisis of eating disorders among young women. In a society so fixated on size, size 8 is sometimes considered the same as “plus size.” One of my friends told me that her friend, who is very small, was not accepted to be a store associate at Brandy Melville. The requirements Brandy holds for their jobs are being extremely thin and for many people, this type of “thin” is not healthy.

Two summers ago, I saw the desire to be thin, particularly among high school girls. At camp, Brandy was the “in” brand. It was noticeable since the clothes and designs were easily recognized. The girls at my camp wore the same tank tops and short sleeve shirts every day, just as a symbol of their skinny bodies. I saw how much of the culture was focused on eating and on status. To wear a size small was looked on as “perfect.” I also saw girls who couldn’t fit into Brandy but looked the other way when classmates talked about it. While I saw a focus on designer clothing, I also saw unhealthy behavior happening at the camp — juice cleanses and 400 calorie skip-a-meal drinks in order to maintain the perceived “perfect” body image.

A person does not need to achieve status by wearing Brandy’s clothes or showing them off because they are afraid they aren’t thin enough. While we see “plus size” models appearing in magazines and on television, there is a stigma around it that it is unhealthy. About a year ago, Amy Schumer was categorized as plus size. While plus size is not bad, Schumer only wore a size 6 or 8 in clothes. Is size small or medium now plus size?

It really is disgusting how Brandy Melville has influenced the way girls and women view themselves. My brother, who is a soccer player, doesn’t care when he’s categorized as “husky” at a store because he has a regular, healthy body. So I have to ask: why is this not the same for teenage girls? If we change Brandy Melville’s point of view on bodies, then we could change the world. As a former Brandy Melville wearer, I now feel it’s time for me to say “NO” to “perfection.”

About the Author
Ilana Drake is a junior at the High School for Math, Science, and Engineering at City College in New York. She is passionate about social justice and attends Stephen Wise Free Synagogue. During high school, Ilana was an Inaugural Fellow and Teen Secretary for The Greenhouse and attended Seeds of Peace Camp. Ilana is a mentee in Girls Write Now, a Rising Voices fellow, and a YouthBridge-NY fellow. Ilana’s work has been published in Fresh Ink for Teens, The New York Jewish Week, The Forward, Jewish Women’s Archive, jGirls Magazine, and other blogs for the organizations she participates in.
Related Topics
Related Posts
Ilana Drake
Comments