These elections present a huge opportunity for us to change Israel for the better – but will we take it?

At this point, I am talking about only one thing – a Knesset that truly reflects the population it represents. Very simply, here is our chance for gender equality.

We have been making progress. There has been a substantial increase in the number of women serving as MKs since 2000. The 20th Knesset had 33 female parliamentarians (out of 120).

All we need to do is double that number.

All it would take is for women to say, “Time’s up.” We have waited for 70 years to be properly represented. That’s enough. We will only vote for those parties who have women ranked equally with men – the “zipper” system, alternating men’s and women’s names on the list.

Unbelievably for a modern nation state which says it does not discriminate on the basis of gender, we still have some political parties which (with questionable legality) preclude women’s participation. Agudat Yisrael and Shas both exclude women and despite the High Court giving a deadline of September for the parties to change the clauses that insist on this discrimination, they still insist that it is not proper for women to participate in politics.

We can learn from our Haredi sisters. We don’t need to call on them to boycott those parties. They are doing so. Esty Shushan founded Nivcharot to lobby for the Haredi woman’s right for political representation. The slogan of the movement, directed against the exclusion of Haredi women from the parties that would naturally represent them, has been “No voice; no vote.” 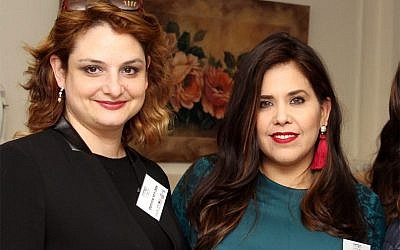 Nivcharot representative Estee Rieder-Indursky said last year, “For us it is not 2018. It is 1918.” “We are in the middle of the suffragist fight.” And they are having legal victories, even if the parties are still flouting the law. (See my previous post for my feelings about the way law is enforced here.)

We so-called “modern” women should be supporting these courageous women but, more than that, we should be imitating them.

How can we justify voting for parties knowing that women are underrepresented? Why do we allow ourselves to do so? If it is because our political positions are more significant to us than our gender identity, I can understand. But it is no excuse. Now is the time for women to insist that the parties that they support change their representation. It is not unrealistic, if we participate actively in primaries and if we warn the politicians that we will not vote for them unless they respond.

I still hear the voices saying it is unrealistic. Sisters, it can be done.

It is not a matter of right or left. The right have Orit Struck, Miri Regev and Ayelet Shaked as role-models. The centre and left have Tzipi Livni, Tamar Sandberg, Stav Shaffir and many, many more. Meretz had more female MKs in the previous Knesset than male. The Zionist Union was almost at the 50% mark in its list.

Other countries are doing so much better than we are.

A comparison of the rate of female representation in the Knesset with the parliaments of other OECD countries shows that Israel is ranked 20 out of 35. In case you among those who think the comparison is unfair – “Why should Israel be compared to older, richer democracies?” – it will surprise you to know that many South American countries, including those with struggling economies, have figures of female representation in the thirty or forty plus percent range. Ethiopia’s Prime Minister Abiy Ahmed has received great acclaim for his decision to appoint women as 50% of his cabinet. It is only for the good of his country. In other words, it is not just privileged countries who are recognising the importance of gender equality.

Changing the gender balance may or may not change the agenda of the Knesset. It may or may not lead to stronger social policies and a stronger will to find a way to a peace process.

I hope it will. But even if it does not, we have to change the balance because it is the right thing to do. Democracy is supposed to mean representation of the people. Unless women are fairly represented, our democracy is flawed.

So, now, before the lists are closed on February 20th, we should be insisting that our party, whichever it may be, creates a list that will result in equal election of women.