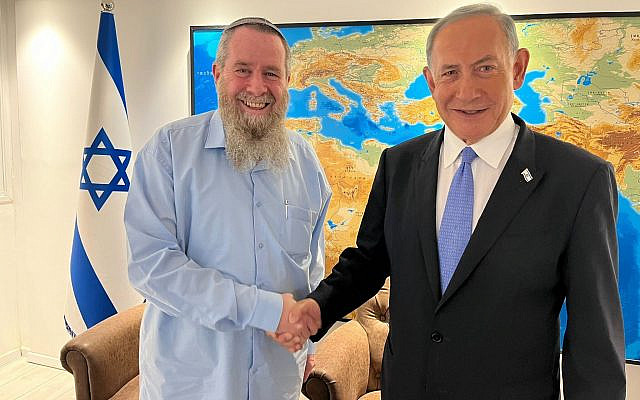 Israel is in a tizzy following the expose of the Noam faction blacklists of “undesirables” in Yediot Aharonot this past weekend. Topping these rolls are feminist researchers whose pictures are displayed prominently (full disclosure: mine included), LGBTQ+ media personalities (names expunged in the publication but readily available to anyone interested), and a handful of leading foundations supporting pluralistic educational initiatives. These lists are frightening: a latter-day revival of ignominious registers compiled for centuries. They are also pathetic: they are incomplete, outdated, and factually spotty. But above all, they divert attention from a series of discriminatory policies and practices sanctioned in the coalition agreements of the incoming government headed by Benjamin Netanyahu.

The attention being devoted to these listings today – posted online in 2017 but circulated widely for more than a decade – is hardly coincidental. It highlights the difference between patently bigoted regimes bent on controlling anyone who does not adhere to their worldview and liberal ones based on self-control in order to enable freedom for all. The widespread outrage being expressed across social groups and most political parties is symptomatic of the deeper dangers embodied in these lists. In these circumstances, for those who care about Israel’s character and being, silence and inaction are not an option.

The blatant name-calling at the center of the released inventory of the candidates for ostracism focuses on women. The seven scholars featured in what is nothing short of a 21st-century witch list are all veteran academics with strong feminist credentials. Their main (but not only) transgression: promoting gender equality in the military. Each of these academics is berated not only for her support for the improvement of the position of women in the IDF, but also for her role in advancing feminist and other liberal causes. They are therefore deemed to be beyond the pale, as are members of the LGTBTQ+ community in the media, who are accused of using their professional positions for disseminating their sexual and ideological preferences to an unsuspecting and vulnerable public.

This list follows in the footsteps of other such compendia of activists collected by such organizations as Im Tirzu, Academia Monitor, Israel Sheli (to name but a few), aimed at discrediting those who diverge from their precepts. These include, but are not limited to, minority groups ranging from Arabs in general and Palestinians in particular, blacks (especially Ethiopian Jews and members of the Bnei Menashe community); refugees and asylum-seekers regardless of origin, and, of course, many recent immigrants; to certain occupational categories (among others: academics, opinion-shapers intellectuals in general, artists, and performers); as well as to ideological and religious dissenters (leftists, liberals, secular citizens, pluralists) – all perceived as potentially disloyal and therefore either anarchists, traitors and either antisemites or self-hating Jews.

The perpetrators of these canards – a much broader group than those depicted in recent publications – have been spreading their toxic ideas in Israel for years, just like their historical counterparts before them for ages and their contemporary co-travelers today. Experience has shown that these horrific teachings gain traction when their preachers – who started at the margins of their societies – gain legitimacy and political power. In Israel they now make-up more than half of the incoming government, have gained control of its official agenda, and are currently charting its national priorities.

The targets of these extensive blacklists have several common characteristics. They all differ, either in their appearance, their political views, their lifestyles, and/or their religious predilections from those of the Jewish supremacists that now hold sway in the public arena. They are either the victims or the outspoken critics of the norms they seek to entrench. And they are all committed, in their own way and with varying intensity, to blocking their realization and stymieing their truly horrendous implications for Israeli society and its citizens.

There is also something shabby and pitiful about these lists, which are presented as the products of in-depth and systematic inquiry. The docket of leading women scholars is decidedly haphazard. Without belittling the contribution of colleagues on that list (mostly now retired from their professorial posts), many of their generation with at least the same or even more extensive credentials have been omitted. The reasons for this failure are inscrutable. Is it because they are viewed as less important? They are not. Is it because they have been purposely excluded? If so, one wonders why. Or is it because they did not spring to the minds of those conducting this dubious research? If that is the case, then this curious and selective compendium is the outcome of appalling ignorance.

Intriguingly, to follow on this defamatory witch-hunt, the backgrounds of the women in question are purposely skewed. Although marked for their research contributions, they are condemned not for the substance of their work, but for their affinities – mostly with feminist undertakings or with progressive political causes. Underlying this guilt-by-association technique is a more profound misogyny that links brewing evil with unruly women.

The names of at least two generations of currently active women scholars and activists are notably absent from this gender-biased inventory. This lacuna is either a product of the sloppy “opposition research” of its authors or a conscious move to avoid acknowledging their proficiency and incisiveness. Even a rudimentary glance at some of the gender studies programs, leading research institutes. or the main social science journals in Israel and abroad would yield an impressive crop (too lengthy to list) of influential women thinkers and actors in Israel’s present public landscape. Their exclusion is testimony to ongoing efforts to belittle their lasting influence, just as the proliferation of the gay and lesbian community in every social group and walk of life is mentioned but systematically downplayed.

This leads to an examination of the role of the Noam chronicles in Israel’s political firmament. To be sure, its publication is a reminder of the misogynous and homophobic currents in the country’s public domain. It also provides a glimpse of the dangers that could befall national, ethnic, religious, and ideological groups at odds with the predominant discourse. Its disproportional accentuation – especially around the bigoted philosophy of the one-person Noam faction – hints at something even darker.

A cursory perusal of the coalition agreements being completed before the induction of the new government in the next few days reveals literally hundreds of clauses with the Religious Zionists, the Jewish Power Party, and United Torah Judaism, which normalize, legitimize, and legalize retrogressive policies and practices either via legislation or government edict. Many of their provisions – agreed upon by the Likud – are troubling in the extreme when not downright hair-raising.

A few examples of literally hundreds of detailed paragraphs give a taste of what is in store: the legalization of gender segregation in public spaces and in access to goods and services; the entrenchment in law that a “woman’s body is not her property”; the exclusion of individuals from stores, hotels, and public gatherings on the basis of their religious or gender preferences; special allocations to religious and settler communities at the expense of Arab society in Israel; the curtailment of almost any non-Jewish immigration to Israel; the enactment of an override clause that would effectively cancel individual liberties and minority rights; and the list goes on. The preoccupation with the Noam roster, however repugnant, provides a convenient diversion from any serious discussion of the incoming government’s actual propensities, which represent anachronistic and patently immoral patterns. Their results for Israelis, for their neighbors, for Jewish communities abroad, and for the country’s international standing are beyond terrifying.

This is the time, in the words of one of the great women writers, Jane Austen, for a large dose of sense and sensibility that can help in overcoming pride and prejudice by recognizing and reasserting the goodness of all those “others” that compose the human mosaic elsewhere. This will be achieved only through concerted action by large numbers of Israelis committed to promoting peace and justice for all.