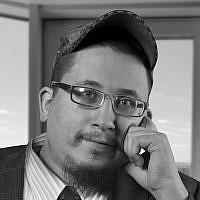 Whether one takes the creation story literally or as a cosmic allegory, one traditional reading of Genesis reveals that man was not created first, and it was Adam not Eve that was responsible for the original sin.

In an essay on Chabad.org, Tova Bernbaum explains the dangers of a sexist view on the Adam and Eve narrative:

There is a primordial aspect to the struggle for equality, as we will read in this week’s Torah reading of Bereishit (Genesis 1-6) … The image of woman as evil temptress persists to this day, and not just in the religious sphere. Eve is an oft-employed motif in art, literature and music… Every time a woman is faulted for leading a man to evil thoughts or behavior, we are harking back to the era of Eden. The offensive notion that a woman can provoke rape or molestation by the way she looks is also a byproduct of this mentality.

Understanding the story in a non-sexist light is essential to combating the roots of misogyny in parts of our society.

Rashi, a commentator on the Torah, quotes Midrash Rabbah, a major work of rabbinic exegesis, suggesting the first human had androgynous characteristics. This creature was male on one side and female on the other.

This is expounded from verse 27 where it says, “in the image of God he created him; male and female he created them” (Genesis 1:27). The plural pronoun ‘them’ indicates the plurality of Adam still before the formation of Eve. To be sure, scripture states clearly that Eve was taken from Adam’s flesh (Genesis 1:21).

Unlike man’s, the women’s body was not taken from the earth. God built one side of man into women — so that the single human being became two, thereby demonstrating irrefutably the equality of man and women.

A deeper understanding of gender roles as embodied by the first man and woman also sheds light on another often misunderstood episode of Genesis, the sin of eating of the Tree of Knowledge. Genesis describes this incident (allegorical according to Maimonides): “Of every tree of the garden you may freely eat; but of the Tree of the Knowledge of Good and Bad, you must not eat; for on the day you eat of it, you shall surely die;” (Genesis 2:9-3:12).

We see that Adam heard the commandment from God. He, Adam, was then expected to relay this message to Eve. God had merely commanded Adam not to eat of the tree. As Rashi explains, however, and as substantiated by developments in the narrative, Adam intentionally misinformed Eve by telling her that they were forbidden to even touch the tree thinking this to be a safeguard from prohibition. (Rashi, Genesis 15:3-4). This is where the serpent was able to cunningly entice Eve into eating the forbidden fruit. This ambiguity in Adam’s directive set the stage for this sin.

This theme of Adam misrelating God’s instructions becomes starkly evident when God gave the Torah at Mount Sinai. He told Moses: “Say the following to the House of Jacob,” i.e., as the Sages explain, He had Moses tell the women about receiving the Torah first (Shemos 19:13). Why this order?

Shemos Rabba explains that God desired to prevent a recurrence of what had happened at the Sin of the Tree of Knowledge, when Adam, and not Eve, was the one who heard the command from God. This had made the sin possible. (Rabba 28:2). Despite all this, Adam’s intentions were of a protective nature, but they lacked a key element of trusting Eve, which is why God chose to first entrust women with the Torah.