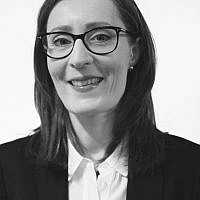 The Blogs
Emma King
Apply for a Blog
Please note that the posts on The Blogs are contributed by third parties. The opinions, facts and any media content in them are presented solely by the authors, and neither The Times of Israel nor its partners assume any responsibility for them. Please contact us in case of abuse. In case of abuse,
Report this post. 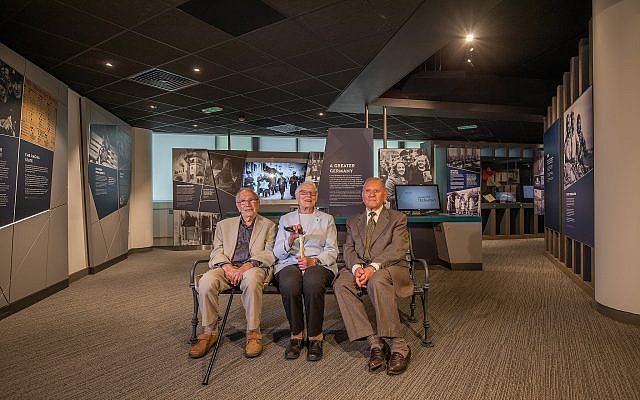 Since the Holocaust Exhibition and Learning Centre at Huddersfield University – northern England’s only such facility – opened a year ago, it has attracted more than 5,000 visitors.

The centre features an interactive exhibition, Through Our Eyes, that presents the Holocaust narrative through the experiences of survivors. Stories of discrimination, persecution, concentration camps, escape and liberation are told through interactive touchscreens, followed by a digital memorial to local families and testimonies of how survivors of Nazi persecution rebuilt their lives in Yorkshire.

Speakers at our anniversary celebration were Barbara Winton, whose late father Sir Nicolas Winton rescued almost 700 child refugees from Czechoslovakia, and Lady Milena Grenfell-Baines, one of the children he saved.

This was the first time the two speakers had been together at the same event, offering a perspective of the child refugee alongside the thoughts of the man who arranged their safety.

Barbara told how as a young stockbroker in London in 1938, her father became aware of the situation unfolding in Europe, with members of his own family fleeing Germany during the 1930s. While volunteering in Prague, he was deeply affected by the terrible conditions refugees from Nazism were living in. Children had little to eat or wear and were trying to keep warm in the freezing refugee camps.

Certain that war was imminent, Sir Nicholas refused to wait to see if organisations taking children out of Austria and Germany could also help those in Czechoslovakia. He was given the go-ahead to organise trains to transport the children, on the premise that each had a foster home to go to, and that a £50 registration fee would be paid.

Also taking part was Lady Milena Grenfell-Baines, one of the children rescued from Prague aboard one of Winton’s trains.  Lady Milena was born in Czechoslovakia in 1929. Her father fled the country the day before the Nazis invaded but had to leave his wife and children behind. Aged nine, Lady Milena and her younger sister Eva left on one of the eight trains and cared for by a family in England until their mother was able to escape a year later via Norway.

The anniversary event was attended by members of the Holocaust Survivors’ Friendship Association (HSFA), which campaigned for 20 years to get the project off the ground.

Among these is Trude Silman. Trude fled her native Bratislava with her aunt and cousin by train aged nine. Her father was murdered in Auschwitz; however, her mother is classified as  one of the two million people still missing. “In essence, I’m still searching for her,” she said.

For Trude, the centre is vital – a tangible record of the terrible events in history so that future generations might understand. “The exhibition serves as a palpable reminder of what happened, and what must never be allowed to perpetuate in the future,” said Trude. “Terrible things have happened in history for thousands of years, but for many, these are now consigned to the history books. What happened to us was real, it happened to real people whose families were torn apart; we lost our parents and had to make our own lives without them.

“Tragically, we see similar situations today with refugees who are forced to flee their homelands. We are all human, we all have the same needs for food, shelter and a loving family, regardless of colour or creed.”