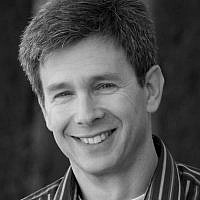 The Blogs
David Mendelsson
Apply for a Blog
Advertisement
Please note that the posts on The Blogs are contributed by third parties. The opinions, facts and any media content in them are presented solely by the authors, and neither The Times of Israel nor its partners assume any responsibility for them. Please contact us in case of abuse. In case of abuse,
Report this post. 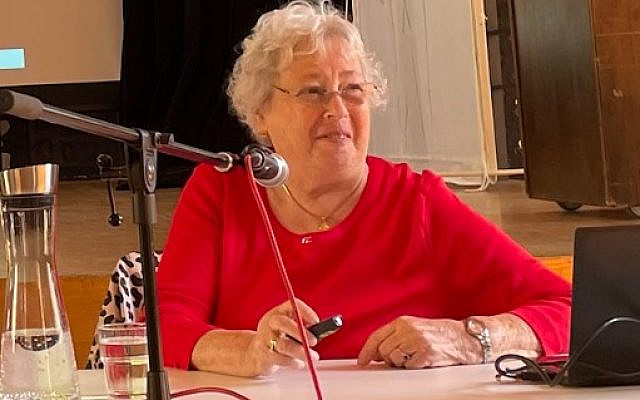 A few years ago, the prison in the Black Forest town of Offenburg was turned into a boutique hotel and restaurant. Someone with a profound sense of irony gave it the name Liberty. But for my mother, this is the place where, on November 10, 1938, her father and other Jewish men, having been arrested and rounded up, were forced to sing a folksong with an added line about the Jews leaving and never returning, and to listen to one of their number read Mein Kampf out loud, the place from which they were marched through the town to the railway station and dispatched to the Dachau concentration camp.

For my wife and I and our children, many things in Germany call up jarring associations. Sitting on a train is not simply a journey from one scenic locale to another, but brings to mind images of Jews being sent to the East. A guidebook on a hotel desk bears the title Reisefuhrer, an innocuous rubric that nonetheless startles us each time we notice it. And so on and so on.

For my mother, visiting her hometown is a fraught and incongruous experience. As the past recedes, it is increasingly difficult for her to summon up memories of her childhood being upended as the enactment of racial laws separated her from her non-Jewish friends. She remembers only vaguely being billeted, during the school week, with a Jewish woman who had a boardinghouse in Freiburg, where attending school was still possible, and has only faint memories of the school where two classrooms with a separate entrance were set aside for Jews, whose play times differed from those of the ‘Aryan’ pupils to prevent any contact between them. And she has another memory, much less vague, of her father returning from Dachau barely recognizable because of the weight he had lost and his shaven head.

Upon arriving in Offenburg, my mother – accompanied by my wife and I and our nephew – is greeted with an abundance of affection. Nothing is too much for our hosts. The mayor of this town of 60,000 seems to have rearranged his schedule to free up as much time as possible to spend with us. A tour guide takes us to the historic mikveh (ritual bath), then to the cemetery where relatives from pre-war times are buried. The following day, a historian who has devoted his life to researching the Jews of Offenburg takes us to Diersburg, a nearby village where Jews lived before being granted, in 1862, the right to reside in Offenburg itself (Jews had lived in Offenburg in the medieval period, as the mikveh attests, but, accused of poisoning the wells, had been expelled in the mid-fourteenth century).

A carefully-manicured cemetery bears witness that Jews resided in Diersburg from the eighteenth to the twentieth centuries – the last burial took place in March, 1939. I notice an adjacent empty field, highlighting the absence of a community that might still exist had circumstances been different. I also ponder the question of why this man, a non-Jew, is so dedicated to this work. Is his motivation religious – does he seek to atone for the sins of an earlier generation? Does he feel shame at what his compatriots did, and did not do, in the 1930s and 1940s?

Back in Offenburg, we visit the Salmen complex, formerly an inn where, at a public gathering in 1847, supporters of democracy issued thirteen demands for basic civic rights, a milestone in German constitutional history. A few decades later the Jewish community acquired the building to use as a synagogue. Support for the Nazis was, I am told, particularly robust in Offenburg, the very town where democracy had been championed less than a century earlier. On November 10, 1938, the synagogue furnishings and contents were destroyed by the Nazis. Today, the restored and expanded Salmen complex serves as a municipal cultural center, one section of which memorializes Offenburg’s extinct Jewish community. It is suggested that visitors inquire of their grandparents where they were during the war.

Not quite at ease

My mother is showered with warmth, respect, even love. Having visited this town regularly for thirty-seven years, speaking at schools and taking part in discussions with students, she is awarded the German Order of Merit; it is bestowed on her by the Minister of Education and Culture of the federal state of Baden-Württemberg. The physical representation of the award, which comes in a box embossed with the German eagle, is a cross.

My mother is not quite at ease, but she delivers a speech on the subject of homeland. She quotes a poem by her mother, Sylvia Cohn. The poems were recently translated from the original German into English. Sylvia Cohn wrote of German betrayal, of the fact that the country she loved had deemed her an alien, punished her, and sent her off to the Gurs internment camp. From there, she was taken to Rivesaltes, then Drancy, and lastly Auschwitz, where she was murdered in 1942.

For my mother, Germany, though once her homeland, can never again be home, despite the many friends she has made, and the impeccable hospitality with which she has been received these past four decades. England, too, where she has lived for 77 years, is not home. Home, she asserts, is where one is fully accepted for who one is. Neither in Germany nor in England, it seems, does she feel – even after so many years – that she is truly accepted as a German-born Jew who was persecuted, survived, and now bears witness to the fate of her childhood community. Speaking in German, she shares this message, and other reflections, in talks at the schools she visits.

On the current trip, we are privileged to hear three such talks. Though not fluent in German, we understand the drift of her presentation, which is accompanied by a PowerPoint. At the end of these talks, she shows photos of her seven grandchildren, all adults now. She is smiling, and I am aware that this is her sweet revenge, as it is for many survivors. The pupils, having sat spellbound throughout – you could hear a pin drop – ask meaningful questions.

My mother then asks me to share my thoughts on growing up in the home of a survivor. In response, I say that my mother had no role model to look to as she raised her children. Fortunate though she was to have survived, to have been with one of her sisters during the tribulations of the war years, and to have been reunited with her father after the war, losing her mother under such terrible circumstances created a void that was difficult to accept. Nevertheless, her children can attest that she strove to keep her past from casting a shadow over their own childhoods.

After a week in this town that has embraced us so warmly and hospitably, we make our way home. The train, as punctual as one might expect, pulls out of the station, and we proceed to Zurich. The scenery is magnificent, but as always, the train ride prompts painful associations. We try to process what we have experienced, but a feeling of ambivalence remains. The town that so cruelly expelled my mother’s family back then now couldn’t do enough to make us feel welcome.

And we are indeed grateful for Offenburg’s educational and archival undertakings of recent decades, projects that seek to commemorate its former Jewish community. These projects inspire hope that understanding and acceptance have replaced enmity. But the residents of Offenburg know, and we know, that the past remains present, and despite all the hospitality – thank you, Offenburg – we will never be able to relax and enjoy the lovely scenery: the Rhine, the vineyards, the Black Forest, the mountains and castles. Offenburg will remain, for my mother and for the family, a site that evokes anguish and unfond memories.

About the Author
David Mendelsson is Senior Lecturer of Israel Studies and Modern Jewish History at the Hebrew Union College - Jewish Institute of Religion and at the Rothberg International School of the Hebrew University of Jerusalem. He is the author of Jewish Education in England, 1944-1988 between Integration and Separation. (Oxford; New York: Peter Lang, 2011).