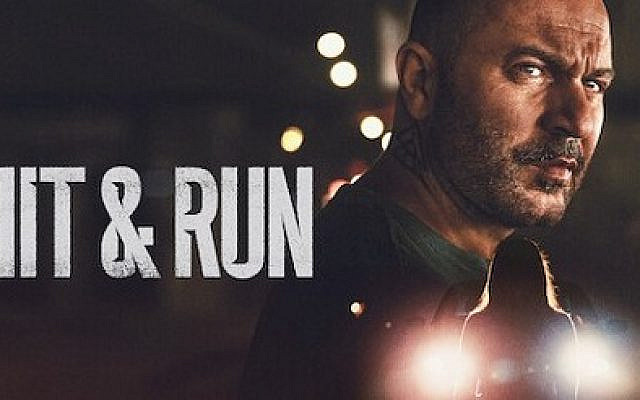 In the age of streaming services, Israel has seen trans-Atlantic transports of original content in Hebrew. The most surprisingly successful show has been “Shtisel”. The third season about a Haredi family living in an ultra-Orthodox neighborhood of Jerusalem is now available on Netflix.

Another Netflix success story is “Fauda”, which very realistically tells the story of “a top Israeli agent [who] comes out of retirement to hunt for a Palestinian fighter he thought he’d killed, setting a chaotic chain of events into motion.” In Israel, this series is possibly too close to home for comfort, but it has attracted a huge international audience.

One could assume that the creators of “Fauda” — Avi Issacharoff (Middle East commentator for The Times of Israel) and Lior Raz (who also stars in the series) — have a Midas touch, and anything with their name in the credits would be golden.

Unfortunately, this is not the case.

“Hit & Run” premiered recently on Netflix and the 9-episode series is listed as one of the top 10 shows in Israel today. The show relates the story of a “man searching for the truth behind his wife’s death,” only to be “caught up in a dangerous web of secrets and intrigue stretching from New York to Tel Aviv.”

There are many problems with this show. Although Israeli viewers will enjoy identifying local Tel Aviv scenery, the plot has so many holes that one can’t help but be amazed that someone dared to write a script like this. (While Issacharoff and Raz are listed as creators, they only wrote the first episode).

The main problem with “Hit & Run” though, is its main character. Lior Raz may have been good, and believable, as the star of “Fauda,” but here is grotesquely out of place. Looking like a terrorist on the hunt, we can’t help but cringe every time he appears. A man we are supposed to have sympathy for goes on a killing rage and seems to enjoy it. When this travel agent-turned-avenger gets locked up and beaten to the core, we can’t help but cheer. Keep him in jail and out of our living rooms!

No spoilers here. I won’t give away the ending because after a few episodes, you’ll wonder what’s the point? You might make it to end of the ninth episode, but this could be in hopes that the main character would be killed off, thereby preventing a second season.