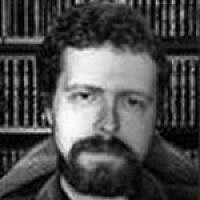 The Blogs
Daniel Greenfield
Apply for a Blog
Please note that the posts on The Blogs are contributed by third parties. The opinions, facts and any media content in them are presented solely by the authors, and neither The Times of Israel nor its partners assume any responsibility for them. Please contact us in case of abuse. In case of abuse,
Report this post.

Romney has landed in Jerusalem and Obama is threatening to visit Israel in his second term. This seems like good news for Americans, but presidential and pre-presidential visits are often bad news for Israelis.

A presidential visit to most other countries is a formality, while a presidential visit to Israel is an unpleasantness. Presidents who visit Israel must also stop off for a visit with the terrorist leaders. Presidents don’t just stop by, have a pita, smell the flowers and do some handshakes. Instead they arrive tasked with peacemaking duties and then they task everyone else with their peacemaking.

There is something intriguing, though little good, about Vladimir Putin’s visit to Israel, because it at least has the air of unpredictability. Presidential visits to Israel, however, are painfully predictable. There is never anything new that comes out of those trips and nothing good either. They are a lot like family reunions, pleasant in theory, but uncomfortable in practice. Both have a special relationship that they can never quite define and the visits always carry with them an aura of disappointment.

A presidential visit has the air of a boss coming downstairs to check up on a lazy employee. On arrival, there are the customary expressions of a hope for peace. In private, whatever prime minister is in office will be upbraided for still not having achieved peace. At a joint press conference in a capital that the United States still doesn’t recognize, after the usual formalities about the special relationship and the commitment to Israel’s security, the president will tell reporters that more sacrifices are needed for peace.

“And next time I talk to you there had better be peace,” is the unspoken message always left hanging in the air.

The pre-presidential visits are less of a chore, but no more significant. Candidates stop by Israel the way that they do any other state. They visit a few significant places, have their picture taken there, get a brief tour from local officials and fly over the narrowest point in Israel’s border as a demonstration of just how strategically precarious the situation is.

Like all practiced politicians, they are very understanding of the problems that their hosts have, whatever those problems might be. They emphasize that unlike the last guy from the other party, they will not pressure Israel to make more concessions. And then a few years later they are disembarking from an airplane and frowning at the lack of peace on the airport tarmac. “Where is that damn peace already? I ordered it last week. I thought it would be here by now.”

Israel would be best served if the next American president forgot that Israel even existed, or decided that it was a small country like Slovenia or Fiji that need not be bothered with. A great month would be a month that passed without any State Department statements on Israel or a single question or answer from the White House Press Secretary about that small country wedged in between much bigger countries where frankly more interesting things are going on right now.

There are high hopes that a new president will be different and that this time the cycle will be broken, but then a few years later we are right back where we started and usually worse off. After a while all the headlines run together in smears of ink, and the broadcasts full of earnest reporters standing against some dark background, somberly reporting about another blow to the hopes of peace, all seem the same, no matter how many fashions have changed and how many decades have passed.

The dark cloud of the eternal peace process overshadows everything that Israel is and does. And it defines its relationship with American leaders who on their initial visits may see Israel as a place but on their succeeding visits see it as a problem in need of a two-state solution.

The thinking goes that when Israel finally builds its own special relationship with the Muslim world, the United States will be able to build its special relationship with the Muslim world too. And when every president sits down at the table and is given his briefings, those briefings place Muslim violence in the context of Israel. And Israel becomes the Jewish Gordian Knot that has to be cut to untangle the hostility of 1 billion Muslims.

About the Author
Daniel Greenfield is a writer and commentator on American politics and Islamic terrorism. He is a Shillman Journalism Fellow at the David Horowitz Freedom Center.
Comments