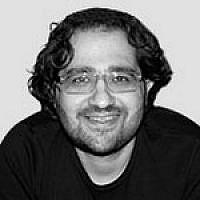 The Blogs
Samer Libdeh
Apply for a Blog
Please note that the posts on The Blogs are contributed by third parties. The opinions, facts and any media content in them are presented solely by the authors, and neither The Times of Israel nor its partners assume any responsibility for them. Please contact us in case of abuse. In case of abuse,
Report this post. 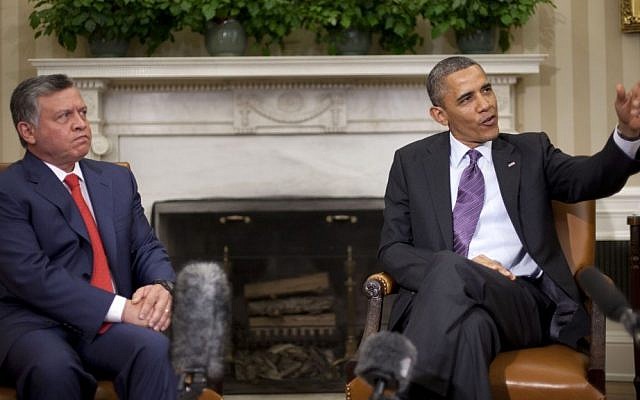 There have been a handful of memorable political interviews between world leaders and journalists in the last century that have resulted in damaging confessions or overly candid comments that did not play well in domestic political circles. These include, of course, Terry Coleman’s interview with Margaret Thatcher in 1971, the series of interviews between Sir David Frost and Richard Nixon in 1977 and Herbert Matthews interview with Fidel Castro for the New York Times in 1957.

More recently King Abdullah’s interviews with The Atlantic’s Jeffrey Goldberg, which culminated in the publication of an article last month entitled ‘The Modern King in the Arab Spring,’ has caused a political storm, in Jordan and across the Middle East, due to statements attributed to the King which some have described – rather generously – as markedly candid.

In an effort to falsely present himself as a political modernizer in an illiberal part of the world, King Abdallah accused conservative forces in the Kingdom, including his own security forces and Trans-Jordanian tribal leaders, of preventing him from implementing political reforms that are necessary to democratize the Kingdom. While both the security forces and Trans-Jordanians zealously defend their privileges in the Kingdom, it is undeniable that the King has reinforced their privileges and influence through politically-motivated appointments in the government, security agencies, and the media, through personal connections and secret nominations from the intelligence services, or tribal affiliations supported by the King’s personal advisors. What is even worse is that many of these individuals lack the proper qualifications and skills to assume these positions, and this has severely damaged Jordan’s political and economic life. The failure to promote people based on merit has led to the mismanagement of the state’s public finances. Indeed, an observer will never find a public tender announcing employment opportunities in the royal court, security establishment, the government or even the media.

In 2012, the external public debt was 7.6 billion USD, which is equivalent to its level in 1999 when Abdullah came to the throne, and the GDP has increased by a mere 0.5 percent, despite the rising US and EU aid to the country during the last decade. According to World Bank statistics, the country witnessed a peak in GDP growth in 2006 to reach around 6.3 percent thanks to the large cash flows from George W. Bush’s administration in support of the King’s efforts in the war on terror and the war in Iraq. Overall, the King’s corrupt practices have deprived the state bureaucracy of true liberal and secular talents in a highly educated and experienced society.

The King’s surprising criticism of major stakeholders in the Kingdom has illustrated his unsuitability for dealing with Jordan’s growing challenges. He seems unable to adapt to internal and external political contexts, suggesting below par performance in the social intelligence that leadership requires. Further, he presented himself as a naïve orientalist who looks at the region from a very narrow classist perspective, thinking that a Scandinavian model, for instance, could be replicated in a poor country like Jordan. Indeed, the King has been educated in US and UK where he lived for many years, but it seems that he has breathed only the rarefied air of the privileged classes, failing to grasp the essence of Western societies’ traits of ethnic fairness, economic dynamism and social justice.

For instance, his government last year introduced a new press and publications law that stipulates official registration of every internet media outlet, a move that was strongly criticized by international rights organizations. But the King did not confine his criticism to internal forces. In the Atlantic interview, he carelessly lashed out at his fellow Middle Eastern leaders including Turkey and the new Egyptian president. On the Turkish Prime Minister Recep Tayyip Erdogan, the King said that Erdogan’s party was simply promoting a softer-edged version of Islamism, and that the premier had once said that “democracy for him is a bus ride. ‘Once I get to my stop, I’m getting off’,” while attacking Mohammed Morsi as having “no depth.” Since he apparently knew he was speaking on the record, his statements demonstrate lack of diplomatic skills in containing emerging regional actors in the region, upon whom Jordan badly depends for economic growth.

The King’s self-admitted inability to deal with the local culture and heritage of the Middle East makes it impossible for him to transform Jordan into a prosperous constitutional monarchy. And the Hashemites’ mismanagement of state affairs has not escaped public notice. Dissatisfaction is at an all time high on the Jordanian street. In a recent survey by the International Republican Institute, around 59 percent of respondents said that the Kingdom is heading in the wrong direction, with their top complaints being the flagging economy and rampant corruption.

Although the west is keen on maintaining Jordan as an ally, there are various policy options available to them. It is in the West’s interest to prepare for a peaceful transition in which the Hashemites, brought to power and supported by Britain, will agree to relinquish power and step down with dignity. This is certainly within their means given the vast wealth they have accumulated over the past decade.

The liberal, secular and moderate alternative is already being brewed in Jordan and abroad. Yet, as was the case in Egypt during its revolution, the West – and the US in particular – need not fear the domestic transitional implications of change in power recently imposed by the masses. Indeed, according to several Western diplomats I have interviewed in London, the military intelligence as well as the Army are currently performing under strict US oversight due to comprehensive cooperation and operational links created in the mid-1990s. And given the current mood of frustration among security establishment personnel, it seems that a change at the top of Jordan’s ruling elite and governmental system will not be met with interference from the military in support of the Hashemites, allowing the army to facilitate, rather than hinder, change at the top echelons.

About the Author
Samer Libdeh is a British-Jordanian policy analyst and Managing Director of Interaction Forum. He's a former FCO officer and Fulbright Scholar, and has held senior research analyst positions at think-tanks in Washington and London; In 2003, Samer worked as a reporter in Baghdad for MSNBC and later as a Foreign Desk Editor for Alaswaq Business Daily in Jordan.
Comments