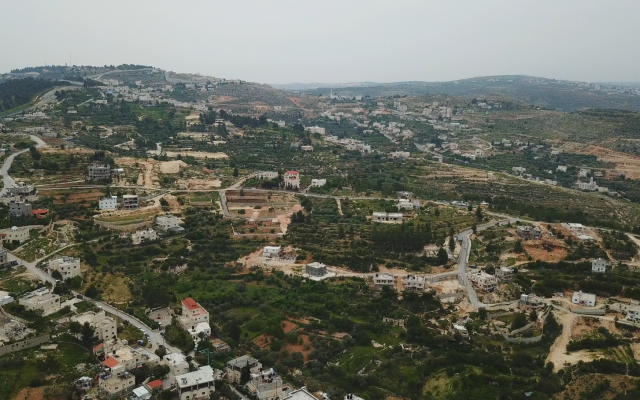 The Nile and its centrality for Pharaoh explain why Ezekiel 29 constitutes the bulk of the haftarah for parashat Va’era (Exodus 6:2 to 10:35), in which both the Nile and Pharaoh feature prominently. 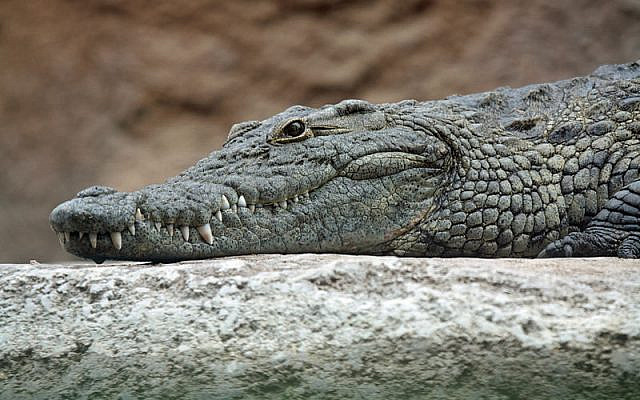 But the decision to start the haftarah at the end of Ezekiel 28, instead of the beginning of chapter 29, indicates an additional focus: history repeating itself. As envisaged by Ezekiel and other prophets of his time, the Jews who returned to the land at the end of the Babylonian exile were replaying the entry to the Promised Land of the Israelites who left Egypt.

After a long period of displacement and dependence on the whims of Pharaoh-like foreign kings, the small percentage of the population who went into exile – 5 to 10%, mainly the ruling elite – could finally return to their own land and rebuild their lives.

But what happened next? No doubt the Jews who had been exiled wanted to reclaim their property and their status. At the same time, those who remained in the land during the exile – 90 to 95% of the original Judean population – must have been reluctant to give up whatever property and prestige they had acquired in the meantime or hoped to acquire with the departure of the Babylonians.

There was surely conflict between the returning exiles and those who remained over land, status, authority, and power, and Ezekiel may have been alluding to it when he singled out Jacob – without mentioning Abraham and Isaac – as the patriarch to whom the land was given (Ezekiel 28:25). Like the exiles, Jacob left home under a cloud, and came back as the uncontested head of his own household and the future patriarch of a people.

This nod towards Jacob is seemingly as far as Ezekiel goes with the question of displacement, and here he departs significantly from the Torah. Before Jacob could return from his personal exile, he was obliged to endure a terrifying – at least in prospect (Genesis 32:8) – and presumably painful face-to-face encounter with Esau, the brother he had displaced (Genesis 27). And, of course, God gave Esau a desirable land of his own, which Israel was prohibited from invading (Deuteronomy 2:5). 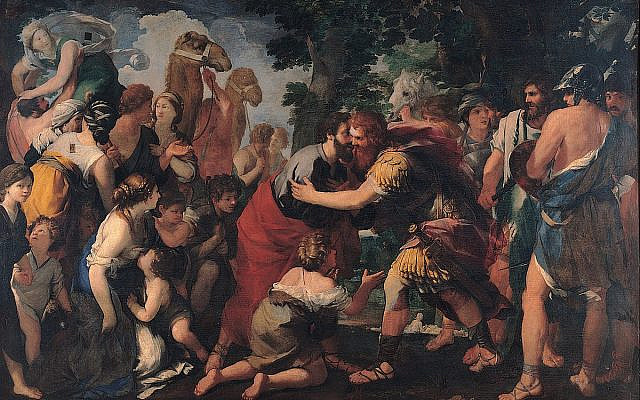 As for the Israelites who left Egypt, God made it clear from the beginning that they would displace other people when they entered the Promised Land. In last week’s parasha, God spoke to Moses at the burning bush in glowing terms about the good and spacious land, flowing with milk and honey, to which he would bring the suffering Israelites. But then he added these ominous words: ‘the place of the Canaanites, the Hittites, the Amorites, the Perizzites, the Hivites and the Jebusites’ (Exodus 3:8, 17).

This week’s parasha calls the Promised Land ‘the land of Canaan’, in which Abraham, Isaac and Jacob ‘lived as sojourners’ (Exodus 6:4). Concerning the fate of the Canaanite nations, details are not yet forthcoming, but the Torah by no means sweeps them under the carpet. Israel would get a place of its own at the cost of another people’s displacement, and they would live in it under their shadow.

Within living memory, history has repeated itself yet again. Jews returned to their historic homeland, and later to parts of Jerusalem – including places of inestimable religious significance, such as the Kotel – from which they had long been exiled. But the jubilation on the streets was not accompanied by a proper reckoning for the displacement entailed by triumphant return. Israel is hardly alone in this failure. Displacement is an original sin of many nation states, none of which has been able adequately to compensate the peoples they swept aside. But that’s no excuse.

During and after the wars of 1948 and 1967, many Arab families were driven from their ancestral homes, never to return. Others were relocated within the country, from Jaffa to Jerusalem, for example. Still others were forced to leave their original homes in exchange for giving up their right to refugee status. For example, Arab families who lost their homes in West Jerusalem – those beautiful stone houses that ornament the neighborhoods in which many of us live – were given much more modest houses, some originally owned by Jews, in East Jerusalem. An attempt was made, however imperfect, to compensate the displaced.

We can’t turn back the clock, and it’s not simple to redress past wrongs, or to perfect imperfect attempts at compensation that were made at the time. But we should be able to prevent these wrongs from happening in our own days.

A new round of displacements is underway in Jerusalem, not in the throes of chaos and disorder, as was once the case, but calmly, cruelly, and greedily, at a time of economic stability and relative peace, using (and abusing) real estate markets and courts of law.

Palestinian residents of the East Jerusalem neighborhood Sheikh Jarrah, many of whom received their homes in exchanges of the kind I just mentioned, are living under the constant threat of eviction. Settlers are clawing back even the limited compensation these families received for being displaced the first time, and now, unbelievably, they are being displaced again. (Read more at Ir Amim) 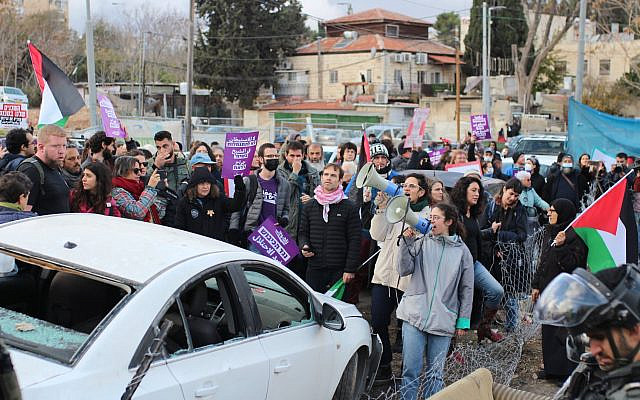 And as I write, residents of the Palestinian village of Al-Walaja, located on the southern outskirts of East Jerusalem, are awaiting a court decision that could result in the mass demolition of 38 homes and the displacement of around 300 men, women, and children.

Since 1967, Israel has neither prepared nor approved an outline plan for the northern part of Al-Walaja, which it annexed and absorbed into the Jerusalem municipal borders. In the absence of an outline plan, residents cannot obtain building permits. The homes of approximately 1000 residents who live in the annexed section of the village are thus considered ‘illegal’ and subject to demolition. 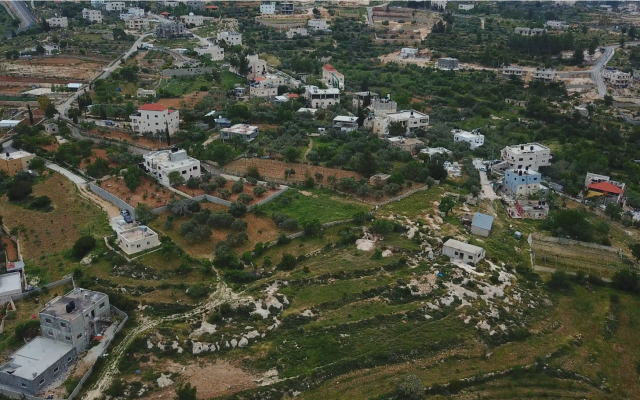 At the beginning of 2021, Israel’s planning authorities rejected an outline plan prepared by the residents, which would have enabled them to build legally. Since 2016, Israel has demolished some 30 residential homes in the village on the grounds that they were built without a permit.

To date, some fifty additional demolition orders are now pending, placing hundreds of residents at imminent risk of displacement. In 2018, the Supreme Court froze 38 of these demolition orders pending a petition filed by residents concerning the authorities’ refusal to review their outline plan. The other dozen homes are not temporarily protected under the pending appeal. (Read more at Ir Amim.)

Ten days ago, 237 rabbis and leaders of Jewish communities in the United States sent a letter to Israeli Foreign Minister Yair Lapid. They called upon him to act to prevent the impending demolitions in Al-Walaja, which, if they happen, will be the most aggressive in East Jerusalem since 1967. ‘Home demolitions do not reflect the values on which the state of Israel was founded’, the community leaders wrote to Minister Lapid, ‘and certainly not those to which it must aspire’.

When it comes to the biblical land of Israel, the picture is complicated. There were always displacements, whether of Esau by Jacob, or the Canaanites by the Israelites who entered the Promised Land (as in this week’s parasha), or the Judeans who remained in the land by the Jewish elite returning from Babylon (as between the lines of this week’s haftarah).

But displacements were accompanied by intimations of wrongdoing (Jacob was exiled after displacing Esau); compensation (God gave Esau his own land complete with a restraining order); and upfront acknowledgement (continuing to call the Promised Land the ‘Land of Canaan’ and enumerating the peoples who inhabited it) that threatened a future accounting (residence in the Promised Land would be as conditional for the Israelites as it was for the Canaanites, see Leviticus 18:28).

Who in the modern-day state of Israel is preparing for our future accounting? Who will stand up to defend us from accusations of gratuitously displacing people we have already displaced, of living in denial of the incalculable suffering we are inflicting on our own neighbors when we threaten them with displacement? We must thank the 237 American Jewish leaders who wrote to Foreign Minister Lapid asking for his intervention, and we must hope that his is the right address.