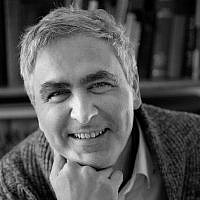 The Blogs
Ben Lynfield
Apply for a Blog
Please note that the posts on The Blogs are contributed by third parties. The opinions, facts and any media content in them are presented solely by the authors, and neither The Times of Israel nor its partners assume any responsibility for them. Please contact us in case of abuse. In case of abuse,
Report this post. 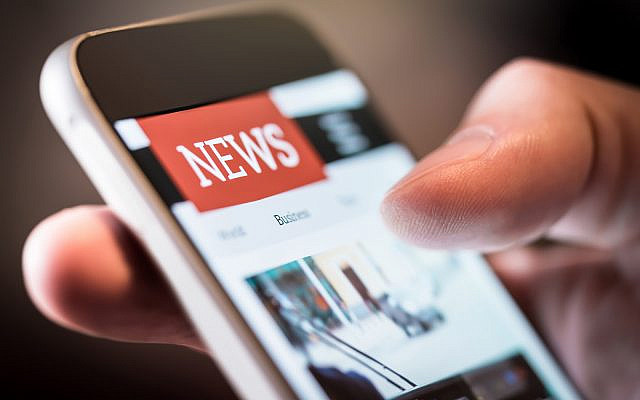 The Abraham Accords that form the basis for the burgeoning warm peace between Israel and the United Arab Emirates have a gaping lacuna: they make no mention of human rights.

In the absence of any stated commitment to the fundamental norms encoded in international laws and declarations, responsibility falls upon the media from both countries to fill the breach and bring abuses to the attention of their respective publics. Perhaps this could help deter infringements.

While close alliance of governments is already in the cards and seeds are being planted for people to people relationships as well, it is imperative that journalists cover both the good and bad in both countries so that normalization is based on reality, not hasbara or propagandistic talking point. Policymakers should be forced to take into account the impact of their decisions on perceptions and opinion in the other country.

For example, if the planned eviction of Palestinian families to make way for settlers in Jerusalem’s Sheikh Jarrah and Silwan areas or home demolitions in the Jordan Valley made front page news in Abu Dhabi, complete with interviews with impacted families, perhaps less ugly policies would be considered.

Israeli media can play a similar role. For example, according to the US State Department 2019 report, “in some cases UAE authorities did not allow detainees contact with attorneys, family members or others for indefinite or unspecified periods.” If Israeli media covered Emirati detention practices – if possible with interviews with families – perhaps UAE authorities might see value in improving its record on arrests.

The UAE is a young country that has enjoyed stability in a tumultuous region. It is very advanced in some respects but lags woefully compared to Israel (within the Green Line) in freedom of speech and the media, where censorship, self-censorship and adherence to unwritten government guidelines are rampant, according to the State Department report. The UAE now has a unique opportunity to develop an increasingly democratic political culture, including loosening its grip on media expression. With Israel, a regional superpower, at its side, it can feel safer than ever from the Iranian threat. Israelis can play a role, for better or worse, in the UAE’s political evolution.

According to the State Department report, the UAE National Media Council ensures that publications are censored to remove criticism of the government, ruling families or friendly governments. If the UAE truly aspires to be the cutting edge, tolerant country it projects, it needs a freer media. Israel’s press, though imperfect, can serve as a model. When Israeli airstrikes in Gaza kill civilians, much of the media reports this and objections are heard from outlets like Haaretz and human rights watchgroups such as B’tselem. Perhaps this can influence journalists to be bold and the UAE authorities to permit questions about the toll caused by UAE airpower in Yemen and Libya.

Why not work together on joint stories?

Having worked for three years as a contributor to an Emirati newspaper, the National (and, I should mention here, hoping to return to the Emirati media), I found that professional journalistic standards were usually upheld, albeit with greater interest in the Palestinians than the Israelis. Ironically, the unwritten guidelines then, which I was unaware of, precluded voicing support for certain Israeli government policies, presumably including settlement expansion.

With Israel now an all-out friendly government, it will be fascinating to gauge how the government-influenced press and the Emirati authorities adapt to the new situation in which we find ourselves. To what extent can its policies be criticized in the Emirati media? The answer cuts to the heart of how democratic a country the UAE intends to be. My guess is that UAE media will display across-the-board backing of the Abraham Accords alongside sympathy with the Palestinians. In a warm peace, there will be no concern over the kind of anti-Semitism found in much of the Arab world’s media, while Israeli journalists, for their part, might avoid anti-Arab racism and stereotyping of the Emiratis of the kind all too often inflicted upon Arab citizens of Israel and the Palestinians.

The real question is how lenient journalists will be while covering the other side, especially when they are unfamiliar with its nuances.

Israel, with its wide margin of press freedoms, can in theory be a beacon for all the countries with which it is normalizing. Unfortunately, the Israeli government does the opposite by reportedly providing surveillance equipment to Gulf governments that are used to monitor citizenry.

Forging ties between Israeli journalists and colleagues from the Emirati media outside the official framework of the foreign ministries would doubtless be a major gain for everyone. Why not do joint stories that are co-bylined out of Jerusalem or Ramallah and Abu Dhabi, thereby covering all sides of an issue? There should also be an independent format for journalists to meet regularly, benefit from each other’s experience and expertise and just get to know one another. Palestinian journalists should also be included if they so desire.

The media holds one of the keys to the breadth and authenticity of the people to people relationship, and there is great potential in an open media approach. This approach should be an integral part of normalization, bringing the UAE and Israel closer and promoting press freedom while playing a crucial role in helping to protect human rights.

About the Author
Ben Lynfield, a freelance journalist, is the former Middle East affairs reporter at the Jerusalem Post and covered Israel and the West Bank for the Independent. He has contributed to the New Statesman and the Palestinian website Akhbar al-Balad.
Related Topics
Related Posts
Comments