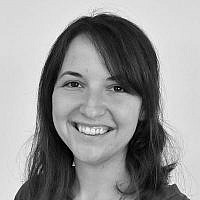 The Blogs
Samantha Rush Soclof
Apply for a Blog
Please note that the posts on The Blogs are contributed by third parties. The opinions, facts and any media content in them are presented solely by the authors, and neither The Times of Israel nor its partners assume any responsibility for them. Please contact us in case of abuse. In case of abuse,
Report this post. 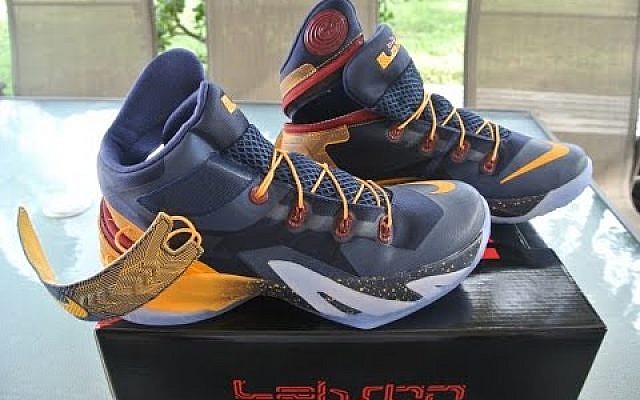 In an article in 2016, Google’s Eve Andersson said that the accessibility problems of today are the mainstream breakthroughs of tomorrow.

Did you know that many products we use today started out with a focus on accessibility? For our modern version of the keyboard, we can say thank you to Agostino Fantoni, an Italian inventor who, in 1802, created the typewriter to help his blind friend write legible letters.

That cell phone of yours? Alexander Graham Bell invented the telephone in 1874 more or less by accident as part of his research on hearing and speech and as part of his involvement with the deaf community, including both his mom and wife.

How about the entire internet that most of us can’t live without? In the early 1970s, Vint Cerf, “the father of the internet,” co-developed the architecture and protocols to be able to communicate with his hearing-impaired wife while he was at work.

From closed captioning and voice dictation to word prediction and that pinch to zoom-in feature on your touch screen, our world is filled with products that are designed to make our lives easier.

The truth is that inclusive design — design that accounts for differently abled users — ends up benefiting everyone. All of us experience some level of disability at some point in our lives. Be it temporary, like a broken leg or having your hands full with groceries, or something more permanent, like paralysis or limited mobility.

By encouraging product design to be more accessible, it pushes people to think outside of the box — a technique that is required to gain an edge in our world of fast-paced entrepreneurship and innovation. If we collectively try and brainstorm ideas on how to create products accessible to everyone, we can unlock possibilities for the average consumer. Just last month, Google, Apple, and Microsoft teamed up to create a new standard that makes it easier to use Braille displays on different devices.

ALYN Hospital, Israel’s leading pediatric rehabilitation hospital, has been at the forefront of innovative rehabilitation care for over 80 years. At ALYN’s new Innovation Space, we are bringing together the expertise of the hospital staff with the hi-tech network of the Start-Up Nation to build a new opportunity for cross-collaboration on developing solutions for children with special needs in Israel and around the world.

With over 1.6 billion people living with a disability, we are not speaking about a small market. Some of the biggest global companies have already realized not only the moral importance, but also the financial opportunity that lies in creating and adapting products to be more accessible.

In 2016, Mars Chocolate UK launched a series of Maltesers ads featuring actors with disabilities celebrating awkward situations. The series proved to be the most effective advertising campaign the brand had seen in the last decade.

Inspired by a letter from a teenager with cerebral palsy in 2015, Nike designed the Flyease, a new line of sneakers for athletes who struggle to put their shoes on independently. After its initial launch, the response was inspiring, and they have since expanded the line and even put out a challenge with a $50,000 prize to progress the design of footwear for athletes of all abilities.

Today, Microsoft is also making waves on the path to accessibility, with a $25 million grant program, AI for Accessibility, that funds projects creating solutions focused on assisting people with disabilities. In addition, XBOX is releasing its new Adaptive Controller, a new device designed specifically for gamers of all different abilities.

Google Campus TLV is the first Google campus in the world that is helping startups adapt their apps for accessibility. The program was launched four years ago, and based on its success, Google is considering expanding it to campuses all over the world. At a panel for entrepreneurs on accessibility held at ALYN’s Innovation Space this week, Nir Horesh from Wix spoke about how the perspective needs to shift. “Accessibility is not a feature,” he said. “It needs to be part of the process.”

There’s a growing list of companies that are beginning to make accessibility a priority. More entrepreneurs and companies need to realize the importance of inclusive design, not only because it’s the right thing to do but also because it’s good business. The global smart speaker market was valued at $2.4 billion and is projected to grow exponentially in the coming years. These virtual assistants — such as Siri, Alexa, OK Google, and Cortana — are based on technologies that originally focused on helping people with disabilities. Smart homes/cities, autonomous cars, and gaming are just a few examples of up and coming industries that would benefit greatly by accessible design.

History has shown that when companies focus their designs to include consumers with disabilities, those products become better for users with all abilities. When we create a world where we design products and services that include everyone, then we all win — businesses and individuals alike.

About the Author
Samantha Rush Soclof is the Innovation Associate, at ALYNnovation – ALYN Hospital’s new innovation track for the development and commercialization of assistive technologies.
Related Topics
Related Posts
Comments