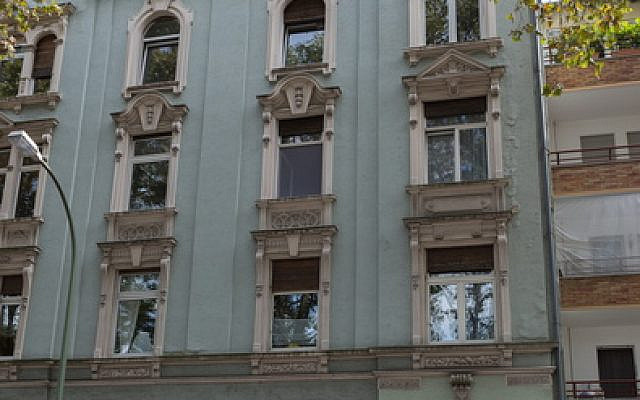 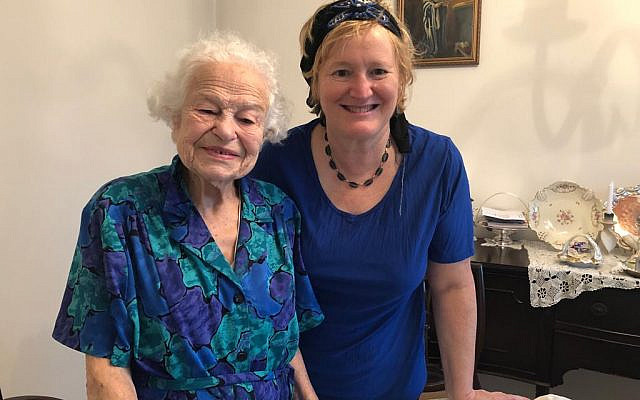 With my father’s cousin Herta Stiefel in London 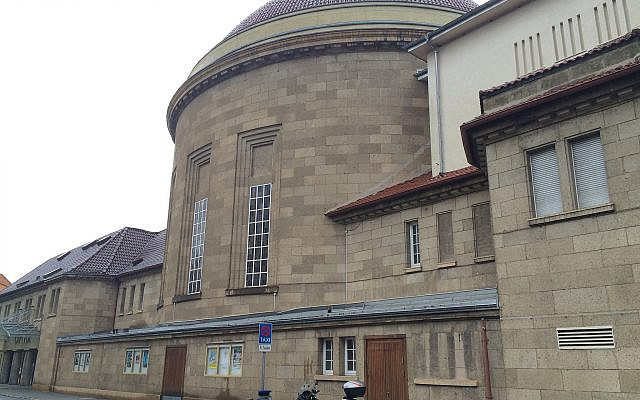 Synagogue of Offenbach : The  Synagogue was ransacked and the contents burned on the day after Kristallnacht.   The  building is now a theatre.

My father, Hans Bachrach,  was a persistent man. When his father, my grandfather, was taken to Dachau a day or two after Kristallnacht, my 16 year old father went to the police station every day to advocate for his release. Extraordinarily, one of the policemen admitted a begrudging admiration for my father who said that he would have wanted his son to act in the same manner had he been in the same predicament.

My father spoke very little about it but left us notes and letters that piece together the devastating events of November 1939.

For my father, it was not Kristallnacht, rather, as he wrote, the event needed a different name:

“It should be called Crystal Day, (Tag in German) as in the city of Offenbach located near Frankfurt in Germany, the Synagogue was set alight in daylight: The Storm Troopers came to our home at daylight and my father was taken from us at daylight”.

A teenager, he describes the terror of “Kristalltag” which began as a regular workday, but he was sent home as “… Frankfurt Synagogue was already burning and Jews gathered for transport to concentration camps.”

In his understated way my father writes

“Mum and Dad were pleased when I came back home – but it did not take long before we noticed the ransacking of our Synagogue across the road”.

Four years ago our family did a “roots tour” to Offenbach.  There we were told that on the day after Kristallnacht, the synagogue was set alight, and whilst it was burning, firefighters waited outside the burning building until the contents were destroyed and only then, moved in to save the building.  This was planned so that the building could be repurposed to serve the mission of the Nazi Regime.   We were able to look out of the of the window of  my father’s home on Franz Joseph Strasse with an excellent view of the Shule  (now a theatre) across the road and imagine the view that my 16 year old father had of the destruction of his Synagogue.

My father continued to describe the horror of the day, describing a strange sense of order to the terror.  The first storm trooper that entered the home came at the behest of a baker who wanted to rid himself of a debt to the family.  The storm trooper demanded and received a receipt for  monies not paid and left the house.

With little emotion, my father continues to describe the scene as SS Troopers arrived at his home – an apartment complex where his family lived, but also with apartments where his grandmother, uncles and aunts lived.  The storm troopers methodically went from apartment to apartment “turning them into heaps rubble”.

“They were very quick about it, crockery and crystal was shattered on the ground, bookcases turned over and lamps smashed all in a quarter of an hour.”

My father’s words to us were written decades after the horror, and there is a certain quiet resignation and even his ever-present optimism in his summation:

“We considered ourselves lucky that we did not suffer any physical harm ourselves. In fact, whilst the marks of destruction were visible until the end of our stay in our home, a lot of the damage was repairable and we were able to continue to live in the same apartment with most of the restored furniture and the books back on the shelves with a few less plates and saucers few less cups, missing arms on the candelabra bent arms on the lamps”

Unbeknown to him at the time, this terrible time of terror was to be  almost immediately eclipsed by the visit of the Gestapo within the next 48 hours when my quick-witted father hid under his bed and he listened in terror as his father and uncle were arrested.

“The Gestapo knocked and enquired which men were there”.

Politeness and manners belied the horrors that lay before them.  “Knocked” and “enquired.”   Men meant anyone over 16, which would have included my father.

On the morning after Kristallnacht my grandfather drove to the home of his beloved  sister  and brother-in-law and brought them to Offenbach, naively  believing that Offenbach was a safe haven.  These “polite” Gestapo men then took both my grandfather and his brother-in -law, my great uncle who had taken refuge  with them, to the Dachau concentration camp.

In his letter to us, my father described the heroism and appreciation he had for the actions of his father.  His father lied to the Gestapo and claimed that his son, my father, was a few years younger than he actually was. Lying to authorities was alien to my German grandfather, who had fought for Germany in WW1, been imprisoned as a German POW  and been rewarded with an Iron Cross.   Who know what physical beating my grandfather would have endured had he been discovered lying?   Despite all of  this,  lie he did in order to protect  his only son.

In the days following Kristallnacht, Jewish men throughout the region were being arrested and sent to concentration camps and hearing this,  the family  discussed the possibility of  the men of the family hiding in the forest for several days to escape the camp.  However, my grandfather refused to leave home,  as he was concerned that if he was not in the house, the Gestapo would avenge themselves by arresting the women of the house and so “he voluntarily stayed at home and discarded any plans he had to save himself in order to protect the Ladies of the House.”

My grandfather was released from Dachau on  the 6th of December 1938, and granted almost another 4  years of life until he was murdered in Treblinka on Hoshana Raba in 1942.  However, his brother in law, my great uncle , Avraham Sichel was shot dead in Dachau the day after my grandfather was released. His body was sent to the Jewish Community in Munich where he was buried.    Memories of those terrible days are still alive in the memory of his daughter – my father’s cousin, Herta Stiefel,  who has been granted a long life and whom we are privileged to meet with when we visit London. 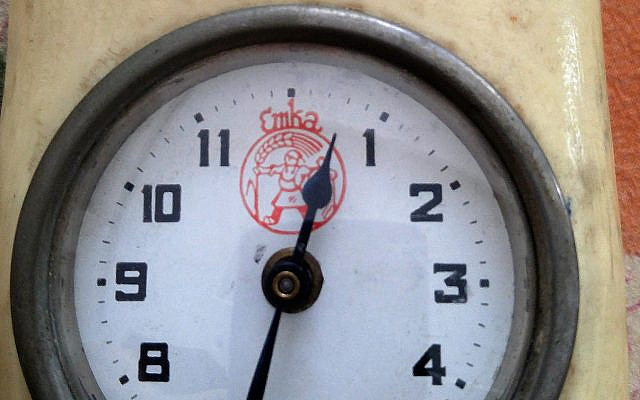 Clock in the shape of a flour mill presented to customers of the family business. On Kristallnacht the Nazis demanded the cancelation of debts to the business 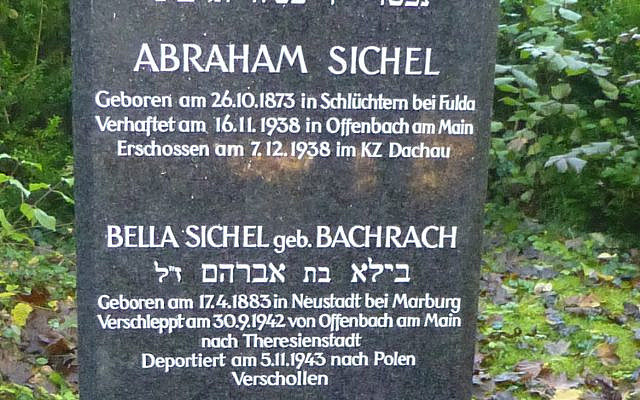 Grave of my great uncle Abraham Sichel. He was buried without a tombstone and his daughter and grandchildren consecrated the tombstone in 2014.
About the Author
Nurit Bachrach made Aliya from Australia in 1985. She is a qualified lawyer who worked for 10 years as a public prosecutor in Israel, founded the Mosaica Center of Conflict Resolution by Agreement in 2003 and has been the executive director of Mosaica , Religion, Society and State since 2016. She lives with her family in Jerusalem.
Related Topics
Related Posts
Comments