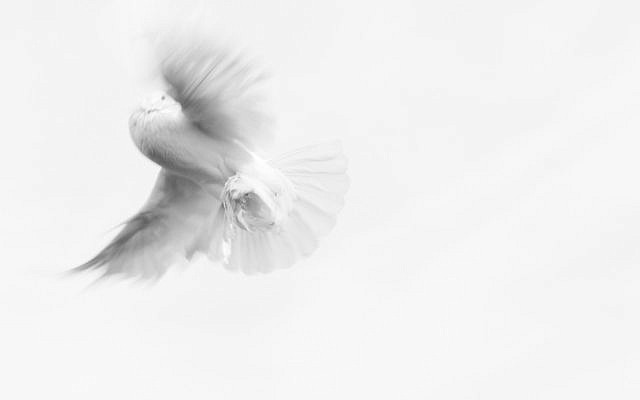 Illustrative [courtesy of Pixabay]
I got home from work right in time for the big announcement. My family was already gathered around the screen, and Trump had just started talking. I hadn’t planned to watch any of this speech — hearing Trump talk makes my skin crawl — but I found myself leaning against the doorframe and listening anyway.
The first memory I have of any event of historic significance was of the Oslo Accords. I remember sitting in our living room in Squirrel Hill, Pittsburgh, 7 years old, watching my parents as they stared at a screen displaying three men on a lawn. I noticed that my mother’s lips were tight and her brow furrowed. I asked her what was happening. She told me that they were signing a peace plan. “Isn’t that good?” I asked her. She thought for a moment before answering. “Well, peace is good,” she said slowly. “But I don’t think this plan is going to work, and I’m worried it will make things worse.”
I didn’t understand what she meant.
Two years later, my family made aliyah. The Second Intifada served as the backdrop for my entire adolescence, and my first year of post-high-school national service was spent volunteering with an organization that supports victims of terror. I became intimately acquainted with the hospitals and cemeteries in Northern Israel. And I began to associate terror attacks with faces — weary faces, etched with pain.
I remember Camp David 2000 and the “Road Map,” peace deal after failed peace deal. Prisoner exchanges brought us more terror attacks. Settlement freezes got us nowhere. Disengaging from Gaza brought us rockets on Tel Aviv — just like opponents of the plan had been called “hysterical” for predicting.
No reasonable Israeli, right or left, has any illusions that Trump’s plan is going to make things better.
We all know the script. Abbas rejected the plan before it was even announced. There will be rage. There will be riots. There will be an uptick in violence. There will probably be more rockets. World leaders will criticize and point fingers, and the situation will continue to devolve into chaos, which is exactly where it was headed to begin with.
And yet.
As I stood there watching with my lips tight and my brow furrowed, despite my considerable skepticism, despite my deep dislike for and distrust of the two men smiling smugly on the screen… I felt something stirring inside me, a tiny, faint glow of something that felt like… hope.
And for a moment I found myself dreaming.
I let myself imagine what it would be like to drive through the Palestinian village near my West Bank community without my hands tightening against the wheel, without rehearsing what to do if a rock or Molotov cocktail were hurled at me, without seeking the reassurance of the olive green army jeep and the surly young men with machine guns standing on guard nearby. I imagined waving at the hijabi women by the side of the road, and having them smile and wave back. I imagined their children, who I often see walking to school, with a new lightness in their step, with a sparkle in their eyes.
I imagined not having to hear my 10-year-old son tell me that he would rather kill himself than get hit by a rocket because he wouldn’t want to stay alive with a limb blown off.
I imagined my friend Ahmed’s dad, a Palestinian from Gaza, being able to come freely to Israel to receive his cancer treatment. Even better, I imagined him getting excellent care at a state-of-the-art hospital near his own home in Gaza, with facilities to rival those of any Israeli hospital.
For just a moment, despite the fact that I know this plan changes nothing, despite the fact that it was doomed to fail before it was even conceived… I let myself imagine what it might feel like to move through life without the weight of the fear and the anger and the sorrow and despair of this conflict.
Our hope is not yet lost, declares our national anthem.
This “Deal of the Century” is very unlikely to justify that hope.
But I guess it’s nice to know it’s still there.
About the Author
Daniella Levy is the author of By Light of Hidden Candles and Letters to Josep: An Introduction to Judaism. Her next novel, Disengagement, is forthcoming from Kasva Press. Born in the USA, she immigrated to Israel as a child, and currently lives at the edge of the Judean Desert with her husband and three sons. You can learn more about Daniella and her work at Daniella-Levy.com.
Related Topics
Related Posts
Comments