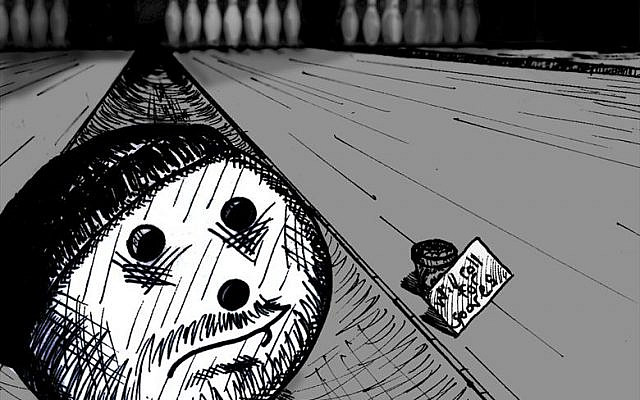 Who knows me well would find it hard to match my positive optimistic character with the following lines especially that I am writing while celebrating my birthday.

But I hope that the closing paragraph will give some light of hope and encouragement to work for a better reality and future.

At a time when many realistic people are thinking about the end of the world, dreamers think they will not reach a time when our end will be at the hands of robots, and everyone started planting vegetables in their garden, not just the spiritualists who expect a new world system that will provide people with their food through a chip in the right hand or on the forehead. When this system comes, many of us will be already dead!

At the same time that technology and the Internet besiege me, and the magnetic energy that attracts my phone to me, almost everything in my laptop is screaming, calling me, the sensory vectors in my nerve system programmed to the visual cues in this vast amount of visual content that we see around us. The chains and traps of addiction keep coming back to me whenever I try to get away. I want to check my email and accounts in the virtual (social) world, I am trying to revive that vital part of my body so that it does not numb from all of the content supported by sexual images in commercials.

If billions of people still didn’t start thinking of the future as the minorities of environmentalists, spirituals, conspiracy-obsessed people, whether their predictions are right or wrong, extremists or conservatives, liberals, Leftists or rightist, they will be a minority among other billions of people who are now on Tik Tok application creating content that is rarely to be useful. Others are following this content in silence.

I was considering in the quarantine wave that the world would become a less intimate and colder place for lack of contact between people, no hugs, and kisses. However, I feel that this ice doesn’t only hit hearts but also minds. Likewise, the feeling that you felt when you were a little kid when you drank that slushy very quickly, you felt pain in your head, the same pain i feel hitting my head while living in this iron jungle.

I escaped from this reality to find myself for a while separated from reality, I started farming and exercising. Sometimes I deliberately took off the gloves and let my hands touch the dirt. Maybe that feeling brings life back to my limbs that used to touch the keyboard for so long.

I tried to use the social media stream that I am trying to escape from. Perhaps this current will eventually move me to the other bank of the river so that I do not stay in the middle of it. I started writing on a blog on what is considered a right-wing Israeli newspaper, as a Palestinian youth I tried to build bridges, but I demolished many of them with many of my friends because they did not see this writer’s feelings, no matter how much he tried to show them through digitally written words. But I hope that their knowledge of my heart before writing makes them transcend the matters in which I have not had the proper expression or my voice did not reach, either for a defect in the transmission or reception.

I stopped writing for a period of time when I did not find news that I could write about, sometimes I found a lot of news but I did not find the desire, and at other times I found the news and the overwhelming desire to write, but I did not know what news to start with because all of them make me feel a tingling in my body, each news hurts me in a different part. I always wanted to write about delightful things, but whenever I wanted to diversify in writing to write about social, artistic, religious, and political matters, it leads me to talk about politics in some way, there are those who interpret it as leaning to some side of politics or taking a position, except that my position in politics is always to reject it completely, not to support it. Of course, I do not support one party over another.

In the midst of this silence, as if the words of Mahmoud Darwish’s poem “Nothing impresses me” are provokes my silence and want my fingers to write them again.

Also, no one likes anybody, and nobody likes anything. But every time we forget to change the closest thing to us which is ourselves and try to impose our thoughts that even we do not like, still we want to change and criticize anything else. So we get farther from ourselves and allow other people to come crossing from the other side of the river to tell us that we are the ones who must change not them. We all remain as a result: the rocks that the dry river produced.

You see religious people who have been persecuted are persecuting others, and those who claim that their God is merciful, prevent mercy from atheists, homosexuals, and everyone who contradicts their beliefs the thing which I will single out for a special article that didn’t want to be done from the moment Sarah Hijazi committed suicide to the moment when we see elected parliamentarians, leaving aside issues like poverty, corruption, unemployment, disease outbreaks, poor education, lack of water, electricity, healthcare, agricultural methods, and proper treatment, and suing a dancer or singer, focusing most of their attention, and their highest goals become actress’s dress or video clips. They associate this with values higher even than them, which are honor and morality. We see the poor public clapping for them and cursing the dancer. They sign on the death certificate of their real honor and clap for their executioner again.

As for my country here. I see Palestinians who are not demonstrating a cold-blooded Palestinian death. While the demonstrations take place in Tel Aviv. This is followed by a demonstration against the Israeli annexation policy. Which neither nourishes nor avails against hunger but the already wealthy fattened politicians and market monopolists.

Just as I did not wake up on my birthday in the new year feeling that I am any different than the day before, as well as the world is not different in its east than its west, not in racism, anger, violence, or hatred. Or in love, giving, and togetherness if you desired.

Rather, nations differ according to how individuals then groups differ in the way they obey God’s perfect commandments whether they believe the source of these. People are degraded, just as people descend in the same way by moving away from these perfect values. Which cannot be from an incomplete human being who will determine imperfect ways to apply them, violating the rights of other humans! And here I do not mean by this the religion, Rather, I am talking about something else entirely which is unbroken, unconditional, and sacrificing love. Try to apply this to any situation and see where love takes you, away from all of these explanations and interpretations.

A few weeks ago I published a post about the death of the artist Ayman Safia, drowning. From that time I wanted to talk about delightful matters, but it is unfortunate that the news of the death of the Israeli Michael Ben Zekri drowning as he tried to save an Arab family from drowning is a good topic to talk about coexistence, love, and sacrifice. Michael Ben Zekri did not count his life precious to lay his precious life in order to save another precious family’s lives. Worse yet, this news is being exploited by politicians.

Every soul is precious, and we must love with no conditions. But governments are not spirits so we can love or hate them.

In the conclusion of my flustered words, I want to wish myself and you more concentration on ourselves with self-accountability, on others with loving giving, and acceptance, and to put ourselves in the shoes of others, not to ask others to become like who we are but to better than us. To focus more on principles not on events that have no starting point, that we give more room to appreciate feelings and experiences, not to mental thoughts. There is no black or white. Feelings cannot be judged right or wrong, and experiences cannot be divisible by yes or no.

Perhaps the rest time in this hibernation the earth is experiencing is the start of new recovery, not just a rest from long walk tiredness.

Nothing impresses me, but I don’t need to be a fan of those who disagree with me to love them.

Nothing impresses me but there is no faith that prevents me from embracing an atheist, a believer, and a devout person, nothing distinguishes me.

Nothing distinguishes me and prevents me from seeing others like myself, nothing raises me except humility

And nothing degrades me except pride

Nothing impresses me, but I don’t need to like anything

Nothing impresses me, and I don’t impress all people.

Nothing impresses me about myself, so I keep improving.

I am impressed by everyone, so I see people with an eye of beauty.

I am not impressed with my thoughts, so I do not live in the imagination.

I don’t need to agree with people to mourn with them.

I don’t politics to be able to rejoice.

Be a voice to the voiceless.

“Speak up for those who cannot speak for themselves; ensure justice for those being crushed. Yes, speak up for the poor and helpless, and see that they get justice”

About the Author
Mahmoud Ghanim, 29, Bethlehem/Palestine: a peace and environmental activist. A poet and writer part of Yala Young leaders for citizen Journalism a project of Peres center for peace and innovation, which connects young leaders from across the middle east and north Africa online.
Comments