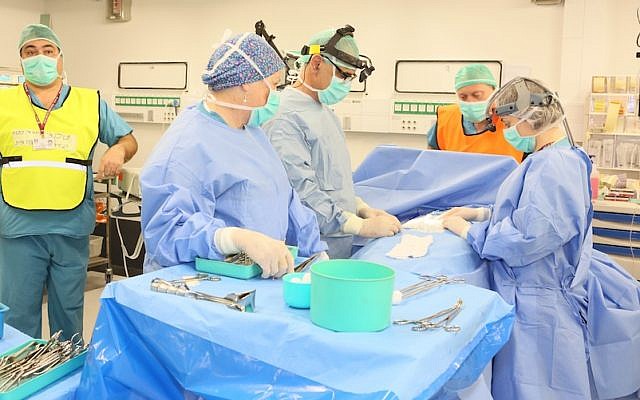 I would favor someone like Angelina Jolie receiving the Nobel prize either for “Peace” or for “Medicine”. In an act which should remind all physicians to remain humble, Ms. Jolie saved more lives than most doctors will, in the course of their medical careers.

When Ms. Jolie went public with her genetic status and vulnerability to breast and ovarian cancer (and then her very invasive surgeries to deal with this), she sparked a huge push by women around the world to go to their physicians and get assessed. In the process, Ms. Jolie undoubtedly lead to the early diagnosis, or early preventive management, of countless women’s cancer. For a woman as well known for her physical beauty as Ms. Jolie, this was unquestionably a heroic act, and one, as heroic acts often do, that saved the lives of people that she never met.

There is no question that Ms. Jolie’s fame was critical to the effect of her personal choices on others. I should add that Mr. Pitt’s statements that his wife is still as beautiful as ever, added a great deal to allaying fears of women that they would be rendered less attractive to those who truly love them. It should be clear to all that I am a romantic and that this story very much touches my heart. Once in a while, it is nice to be that a noble act is rewarded with love and respect.

The value of setting an example cannot be underestimated. For example, the fact that a significant number of hospitals in the United States are now adopting Apple’s health kit technology, defines a new standard for everyone else. In a few years, a patient could very well decide not to make use of a specific hospital’s services, solely because of the fact that, that hospital does not have a complete universal and mobile system for accessing and sharing medical records.

Hospitals, like any business, need clients. If patients start demanding certain IT services, every hospital will have to adopt them. Therefore, major hospitals have the ability to set a new standard purely by example. Please appreciate that this has nothing to do with government rules or third-party interests [such as by insurance companies or research groups that want to collect digital information on patients].

A person’s individual influence on others can be appreciated even at the level of a single medical department. When a Chief of Staff makes a decision about how patients are to be managed, that effectively makes demands on the other physicians in the same department or hospital, and on the IT department that provides computer services. If the Chief of Staff decides that all patients must have certain clinical information recorded, even if this goes beyond the standard of care, then the IT department will definitely be under pressure to provide this additional option. Ideally, the decision over what information is being captured will not be random. The hope is that every medical service will capture information that is of value, all the more so when it is combined with medical information from other health funds, insurance services and healthcare providers.

The fact that all of the major EMR companies are now rushing to add data sharing and mobile services to their products, is a reflection of the pressure being put on them by the public and the hospital services. These updates to these major EMRs, will literally revolutionize the way medical information is moved about. And when we finally achieve nirvana, where all medical information is secured but nevertheless readily available anywhere and everywhere it is needed, patient benefit will increase dramatically.

I remember my mother telling me on many an occasion that every person should focus on changing their small part of the world. If each individual can make a positive change in their own small world, all those positive changes will sum up to a revolution that helps us all. In this day and age, a single person can literally change the world. Via Twitter and Facebook and all of the other social media, a single person, whether initially famous or not, can spark a revolution.

It is unfortunate that notoriety is often related to unwelcome actions. But it is clear that notoriety has the potential to educate vast numbers of people on the proper way to act. I say this in all seriousness that if Kim Kardashian were to adopt a positive health practice, and make it known that she fundamentally believes in this health practice, she could literally change the lives for the better of millions and millions of people.

With great power comes great responsibility. This is true for each one of us as it was for Peter Parker/Spiderman when his Uncle Ben shared this  piece of wisdom with him. Imagine a world where all of us constantly strive  to be a positive example for others. I can’t imagine that heaven can offer anything better.