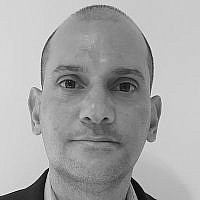 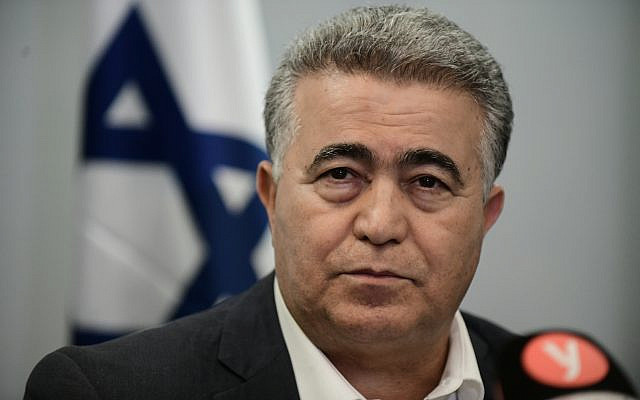 Chairman of the Labor party Amir Peretz seen during a press conference in Tel Aviv on March 12, 2020. (Tomer Neuberg/Flash90)

November 29  stands out in Israel’s history. On this date in 1947, the UN voted in favor of the Partition Plan and laid the political foundation for the establishment of the State of Israel. The founders of Mapai, the predecessor of the Labor Party, those titans at the forefront of the Yishuv leadership, could never have dreamed that on that exact day 73 years later, the funeral would be held for the party that established the state.

Throughout most of its long history, Labor was the most important and influential party in the landscape of Israeli politics. Its unchallenged control of the political system in Israel until the upheaval of 1977 is one of the longest ever in the history of democratic regimes. Being on the throne of state leadership, the party helmed by David Ben-Gurion led the Jewish Yishuv to historic independence; under Levi Eshkol, it led the State of Israel to a military victory in the Six-Day War, and with Yitzhak Rabin, it brought about the signing of the Oslo Accords with the Palestinians and peace with Jordan.

Since the collapse of the Oslo process and the outbreak of the Second Intifada, however, the Labor Party has been unable to return to leadership. The victory over the Likud in the 1992 elections, in which the late Yitzhak Rabin led the Labor Party to 44 seats, seems like a very distant memory and an impossible achievement.

Over the past two decades, the Labor Party has tried all methods to return to power. All of these attempts ended in blatant failure. At the beginning of the first decade of the 2000s, it was very difficult to convince the Israeli public, which was still experiencing Palestinian terrorism during the Second Intifada, to vote for the party responsible for the Oslo Accords. In 2007, after the return of Ehud Barak, who knew how to leverage Labor’s eternal lust to sit at the cabinet table, many were sure that the party had reached the end of its path. The entry into the Netanyahu government, the split among the faction members, and the single-digit poll numbers were a clear sign that the party was on the verge of doom.

Shelly Yachimovich’s victory in the Labor elections in 2011 breathed new life into a party that was on its deathbed. In fact, under Shelly’s leadership, the Labor Party underwent a complete transformation and turned, overnight, into a left-wing socio-economic party. But this stood in stark contrast to the DNA of those in the traditional Labor base who are on the center of the political spectrum and primarily interested in the political-security arena.

Hence, the disappointment at the ballot box was great, when Labor lost many potential voters in favor of Yair Lapid’s Yesh Atid party and won only 15 seats. Yitzhak Herzog’s victory in the chairman election in 2013 temporarily restored the crown to its older state, mainly due to his understanding that the Labor must return and lead a security-focused political agenda. In addition, Herzog realized that the way to reclaiming Israel’s leadership went through unification in the center-left bloc. For a moment, it seemed that Herzog was going to be the next prime minister, but the 24 seats won by Labor in the 2015 elections were not enough to prevail over Netanyahu and the Likud.

Since Herzog was ousted as chairman in 2017, the Labor Party has failed to be an alternative to Netanyahu and the Likud. There is no doubt that the establishment of the Blue and White Party in its unified version, which was in fact a genetic duplication of the Labor Party of the 1990s, crushed Labor and took its place in the landscape of Israeli politics. Currently, Labor, under the new/old chairman Amir Peretz, is preoccupied with pathetic attempts at political survival. In the past year, Peretz has managed to lead the Labor Party into two unrelated political unions, once with Orly Levy on the right, a second time with Meretz on the left. And for dessert, after shaving his famous mustache and contrary to all his statements before the election, Amir Peretz shamelessly sneaked the Labor into the Netanyahu government. Now, he is steering the Labor Party towards the graveyard of Israeli politics, and again all in the name of his own political survival.

Amir Peretz of 2020 is not Amir Peretz of 2006, who managed to bring new sectors of traditional Likud voters from the periphery, people for whom voting for Labor was an impossible task. Today, Amir Peretz is only concerned with his own political survival, and hence the Labor Party is a tool for accomplishing his future ambitions. His political history supports this argument well. Peretz has already left the Labor twice when things didn’t work out for him. Before the 1999 election, he abandoned Labor and formed a new party, “One Nation.” Prior to the 2013 elections, after losing his battle for Labor leadership to Shelly Yachimovich, he again left the party in favor of Tzipi Livni’s “Hatnua,” and was appointed a minister in the Netanyahu government. Now, he has again decided to abandon ship, but this time he’s taking the whole Labor Party down with him.

The Labor Party should not cancel its primaries, a clearly anti-democratic move, simply in order to guarantee Amir Peretz a chance in the race for the presidency. Labor certainly should not merge with Blue and White and Benny Gantz, who has apparently already finished his career in Israeli politics. Alternatively, the Labor Party must get rid of its current chairman who is leading it into oblivion. Labor needs a new chair who will be able to bring the center-left voters back home. Only then will the party be able to be an alternative to Netanyahu and return to lead the country.