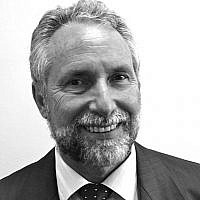 The Blogs
Yoram Dori
Apply for a Blog
Please note that the posts on The Blogs are contributed by third parties. The opinions, facts and any media content in them are presented solely by the authors, and neither The Times of Israel nor its partners assume any responsibility for them. Please contact us in case of abuse. In case of abuse,
Report this post. 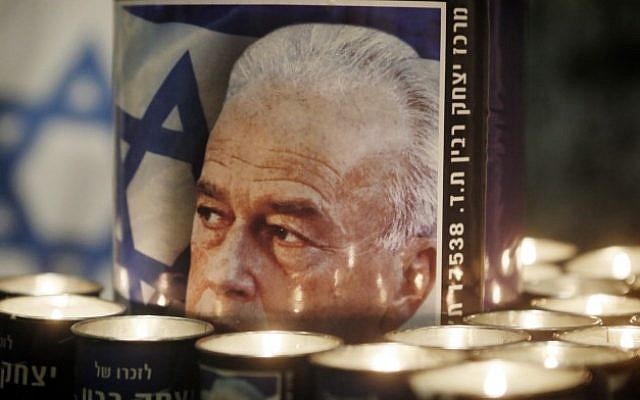 Apple chose to launch her campaign around the anniversary of Rabin's assassination. (Photo credit: Miriam Alster/FLASH90)

Today is the Hebrew anniversary of Yitzhak Rabin’s assassination. Having served as the head of the media and press relations department of the Labor Party and as one of the organizers of the rally on November 4, 1995 I have decided to share publicly my personal experience from this tragic day.

“Be careful. This evening somebody may try to kill Rabin. All of you in the Labor Party are ignoring the terrible mood of settlers in the settlements.” A good friend, Jacob, said these words to me on November 4 in the afternoon in his residence at the settlement of Yakir. It was Saturday morning. I had gone with my wife to meet our son who was serving in the army and was stationed at a camp near Barkan, over the Green Line.

As we had good friends living nearby at Yakir, we decided to pay them a visit. This family were longtime settlers in Samaria, religious and rightwing in their political views. During our conversation, the husband, Jacob, spoke with me about the rally scheduled for that evening. “You don’t know the mood here among the settlers. They are going crazy over Rabin and the Oslo Accords. They wake up every morning and go to sleep at night full of incitement against Rabin and his government. I am afraid one provoked individuals might attempt to murder the Prime Minister.” I have to tell the truth that despite the fact that I was fully aware of the mood among the ultra-right people and their demonstrations that had become more and more violent, I never imagined somebody would actually shoot the prime minister.

True, the violent demonstrations against the Oslo Accords and against the government were the reason we, the Labor party, organized the rally. We in the Labor party under its Secretary General, Nissim Zvili, were sure that the majority in Israel were on our side — a silent majority, but a majority nonetheless. If we would only give them the right platform, they would speak out and demonstrate for government support.

In our first discussions with Rabin about the need to hold such a rally, Rabin always said: “I am not Ceausescu and you will not force coalminers to support me.” Only once the demonstrations became increasingly violent did he give his consent to the rally but on one condition: It was not to be a rally supporting him personally but a rally with the slogan: No to violence. Yes to peace.

Rabin worried that Malchey Israel Square, where the rally took place, would not be not filled. Until the last minute, I remember him being very nervous and even biting his fingernails. At 20:00h, the square was completely full. Thousands filled nearby streets. Everybody could see the satisfaction on Rabin’s face. After weeks of antagonism, he felt the nation was finally standing with him. He was so excited that after Shimon Peres concluded his speech, the famously reserved Rabin gave Peres a hug on the stage in front the ten of thousands of participants. That’s when I told Aliza Goren, the prime minister’s press officer: “I’m done here. We did our job.”

A few minutes later after Rabin and Peres sang “Song of Peace” together and the very successful rally ended, I went to look upon the hundreds of members of Labor Youth dancing in the fountain. A good friend, Dovi, a reporter for Channel 2, told me at this moment that he was going to accompany Rabin to his car. A few minutes later Dovi ran towards me shouting: Someone shot Rabin. I ran to the other side of the balcony (maybe 20 meters) and saw police officers pinning a youngster to the ground. This was the shooter, Yigal Amir.

Immediately I informed Nissim Zvili, the party’s Secretary General, of the shooting. Zvili, who was in his car on his way home, did not believe what I was telling him. It took me four times until he understood what I was saying. Zvili made an immediate U-turn and we all went together to the hospital. We waited impatiently in the waiting room next to the operating room as other ministers and mayors started to arrive. Suddenly Shimon Peres came towards us with the doctors. “He died,” they said. Shevah Weiss, the speaker of the Knesset, cried out in grief, others were in a state of absolute shock and looked at each other in utter disbelief.

Within minutes, there was an informal consultation. President Weizmann, ministers Libai and Shachal, MK Zvili and myself. What was the next step on the table. First Eitan Haber was sent to make an announcement about Rabin’s death. I mentioned what was well known to everybody, that the government needed to immediately elect an acting Prime Minister.

In keeping with guidance from security officials, the individuals at the hospital and high-ranking officials waited for military safeguarding and were accompanied by army forces as they went to a special government meeting to elect Peres as acting prime minister. I remained at the hospital with Zvili and Jewish Agency Chairman Avraham Burg, working on the labor party press release and later released information to the media from the party headquarters in Tel Aviv.

I left at approximately 3 a.m. as there was nothing else I could do, my thoughts raced with every emotion at once, sympathy, regret, anger and fear for the future of our great county.