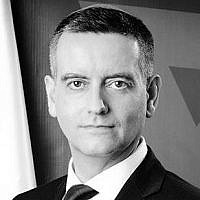 Last Sunday, the Israeli government approved the entry of some 9,000 Falasha Mura, Ethiopians of Jewish lineage, ending decades of debate on whether to allow their immigration.

Thus ends a saga which lasted far too long and stretches back to the 1970’s.

In 1977, then Chief Rabbi Ovadia Yosef was asked by the Israeli Government to determine the halachic status of Ethiopian Jewry. Rav Yosef studied the issue and found that some Ethiopian Jews, the Falasha Mura, had ancestors who had been forcibly converted to Christianity and even Islam.

But those Jews who come from the land of Cush are without doubt from the tribe of Dan, and since they did not have in their midst sages who were masters of the tradition, they clung to the simple meaning of the Scriptures. If they had been taught, however, they would not be irreverent towards the words of our sages, so their status is comparable to a Jewish infant taken captive by non-Jews…And even if you say that the matter is in doubt, it is a commandment to redeem them.

This status “comparable to a Jewish infant taken captive by non-Jews” has long standing in halachic discourse and has been used many times over the centuries.

Unfortunately, for well over a millennium many Jewish communities had been forcibly converted by those that ruled over them, whether in France, Germany, Yemen, Iran or other places.

The most famous and largest group historically is the Anousim from Spain and Portugal, otherwise known as Marranos, Conversos or Crypto-Jews, where hundreds of thousands of Jews were forcibly converted in the span of over a century.

Throughout the centuries many kept Judaism in secret afraid of the Gestapo-like ever presence of the Inquisition which would imprison, burn and garrote them and their families on merely the slightest whim.

Dozens of Jewish customs, like to avoid pig, light candles on Friday night, not mixing meat and milk, avoiding fish without scales, fasting at various times of the year, avoiding leavened bread in the Spring, lighting an eight-branched candelabra in the Winter and covering mirrors when someone in the family passed away, were bravely passed down in secret from generation to generation away from watchful eyes.

Sometimes the almost impossible burden of secreting the Jewish identity became too much and these and many other customs became known as ‘family traditions’ and today appear all over the world, particularly in Latin and North America and Europe.

However, thanks to modern technology including the Internet and advances in genealogy and the understanding of DNA, millions are discovering hidden Jewish roots, and many are seeking to solutions to reconnect with the Jewish people.

These types of solutions run the spectrum of interest, to merely furthering research of ancestral roots to those who wish to fully return to the Jewish People and even make Aliyah.

Only last month we held the first ever meeting of the Knesset Caucus for the Reconnection with the Descendants of Spanish and Portuguese Jewish Communities.

Initially, we expected, like most other Knesset Caucuses, to have a small intimate meeting with around 50 to 60 attendees. Instead we had over 350 in attendance, 70 of which flew in from around the world, including from the U.S., Brazil, New Zealand and Spain, just for this two-hour historic meeting.

During that Knesset event and in subsequent meetings that I have held with political, diplomatic, religious, academic and Jewish organizational leaders, I have spoken about the need to place the reconnection with the Anousim on the highest levels of the agenda of Israel and the Jewish world, and have been met with enthusiastic support. 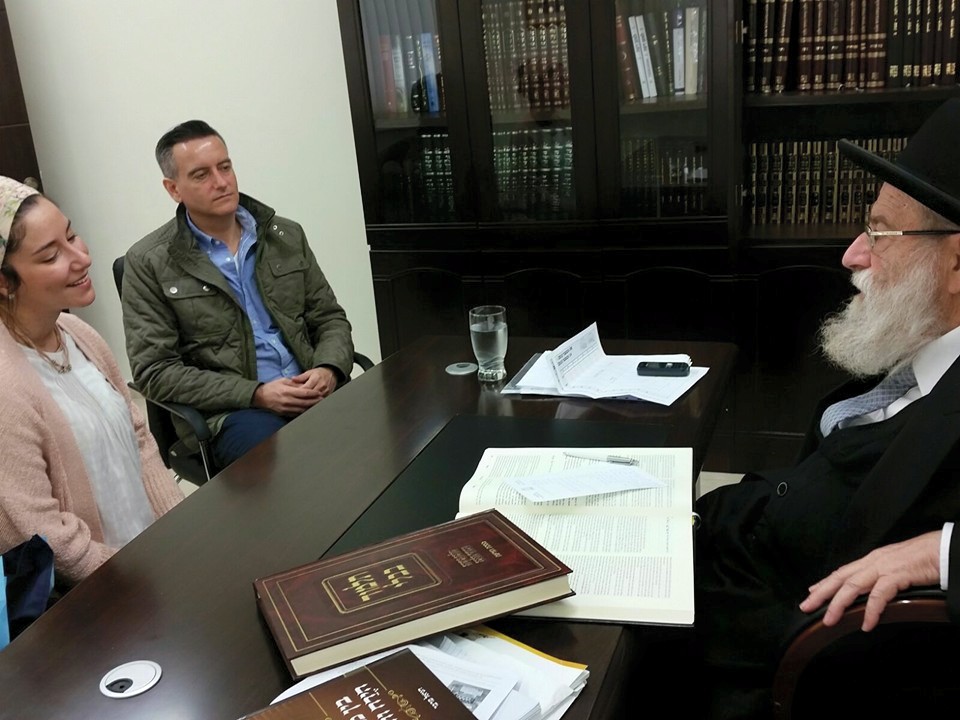 The author and Chana Eyal, a representative of the Anousim, who has returned to the Jewish People, in a meeting with Chief Rabbi of Jerusalem, Rav Aryeh Stern.

The Jewish people will face many grave challenges in the years ahead and the decisions we make today will shape our future.

An optimistic projection of our Jewish future is one which includes reconnecting with the Bnei Anusim, wrote Della- Pergola.

The historic reconnection between the Anousim and the formative Jewish world can have many benefits, including in the diplomatic, political, economic and demographic spheres, and can help us in the fight against anti-Semitism, including combating the nefarious assault on Israel’s legitimacy through the BDS movement, especially in the US where a large number of Hispanics and Latinos are descended from forcibly converted Jews.

However, such benefits are dwarfed by the moral imperative of this historic moment.

The window for this opportunity is not unlimited and we must act resolutely and with a united purpose.

The path is clear.

Just as during the last century Israel and the Jewish Diaspora united in the fight to welcome home our lost brothers and sisters from Ethiopia, even though some had ancestors who were forcibly converted generations ago, during the Twenty-First Century our goal should be to reconnect with another part of our people which was cruelly ripped from us.

As the Radbaz, rashi, Rambam, Rav Yosef Caro, Rav Ovadia Yosef, Rabbi Aharon Soloveichik and countless others rabbinical figures throughout history up until today have argued, this is a commandment, a just cause and a necessary next step in the extraordinary in-gathering of the exiles in our ancestral homeland.