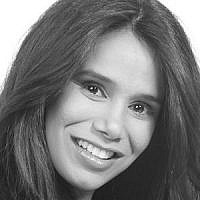 The Blogs
Ranit Nachum Halevi
Apply for a Blog
Please note that the posts on The Blogs are contributed by third parties. The opinions, facts and any media content in them are presented solely by the authors, and neither The Times of Israel nor its partners assume any responsibility for them. Please contact us in case of abuse. In case of abuse,
Report this post.

Over the last year Ra’anana has seen a slowdown in real estate transactions, to the point that prices have dropped. Despite the worrisome data, now is the time to buy an apartment in Ra’anana, the sooner the better. Experts estimate prices will eventually catch up to those in verdant Hertzliya.

Over the last year Ra’anana has gone through a phase of price doldrums as real estate sales have decreased and demand has shrunk. This is not the “Pearl of the Sharon” we once knew.

Ra’anana has always been a desirable location for a diverse segment of the population, and for years held the title of real estate sales leader – both in terms of the number of such transactions and the sale price. As of the middle years of the previous decade, secondhand apartments were selling for 10% more than in neighboring towns.

Madlan data point to the fact that from 2007-2010 Ra’anana’s prices exceeded those of neighboring Kfar Sava by more than 20% (at the time the average sale price in Kfar Sava stood at about NIS 950,000, whereas in Ra’anana the price reached NIS 1.2 million). In 2016, by contrast, that gap shrank to a mere 7%: a four-room apartment in Kfar Sava cost NIS 1.88 million, compared to NIS 2.15 million in Ra’anana.

Many residents of the southern Sharon harbor fond memories of paying NIS 10,000 per m² in Hertzeliya and Ra’anana. Today the rate has reached NIS 25,000/m². In Hertzeliya, the figure is even higher – NIS 29,000/m².

But the secondhand figures offer little reassurance. According to that data, in the last year Ra’anana housing prices have dropped 3-7%. A three-room that sold in July 2016 for NIS 1.52 million only fetched NIS 1.47 million by year’s end. A four-room that went for NIS 2.14 million in July barely managed to attract NIS 2 million in December. A five-room apartment in the same period went from NIS 2.63 million to NIS 2.54.

Why is that happening?

In the last two years plans have advanced for the establishment of new neighborhoods in the town. The main new neighborhood is called Neve Zemer, and is slated to contain 3,500 housing units. To date about 1,000 have been built, and building permits have been issued for a further 500. Adding to this large wave of construction are other plans that will increase the housing supply in the town by thousands more. One such plan will see 1,480 new homes in the city’s south; urban renewal initiatives are expected to add a further 450; and price-per-set construction will add 200 units priced well below market value.

Experts estimate that the slowdown is temporary. Eventually Ra’anana will catch up to Hertzeliya. The gap between the two cities yet yawns, but the forecast for Ra’anana is upward.

Analysis of housing prices in prominent large neighborhoods in the Sharon region from 2010-2016 indicates that cities in the Sharon carry potential for an increase in the hundreds of thousands of shekels. In the last two years prices in the Neve Zemer neighborhood have gone up NIS 259,000. An apartment sold in late 2013 for an average of NIS 2.3 million went for NIS 2.559 million in 2016.

Examination of other neighborhoods in the Sharon shows other significant jumps in the last five years. The most impressive jump came from verdant Hertzeliya, where an average apartment that sold for NIS 2.182 million in 2010 claimed NIS 3.354 million in 2016 – a NIS 1.172 million leap in only 5 years.

A similar jump took place in the Neve Gan neighborhood of Ramat HaSharon. Whereas in 2010 the average price there stood at NIS 2.36 million, in 2016 the same place commanded NIS 3.37 million – an increase of NIS 1.013 million over the same period.

Other substantial rises in a similar period took place in Kfar Sava and in Compound 1200 in Hod HaSharon, where prices increased by 578,000 and 670,000, respectively.

It turns out that Ra’anana has plenty of room and opportunity to move up. A Tax Authority analysis revealed that from the time an apartment is marketed on paper to the day residents move in, prices increased by 11% – whereas on a countrywide basis, the price increase has been only 6% for the same period. Anyone walking around Neve Zemer today will see close to 300 apartments nearly ready to take residents. At this point much of the surrounding infrastructure has yet to be installed: there are still no trees, no sidewalks, and no formal education facilities.

Once all the development is completed in approximately three years, prices will again jump, and the average will break the NIS 3 million mark. Contributing to this trend are the incoming populations of religious Jews and foreign residents, who have yet to move in, as well as large transportation initiatives expected to positively affect Ra’anana and the Sharon in general.

About the Author
Ranit Nahum-HaLevi is a journalist with more than 20 years, in both print and online media. Between 2008 and 2014 she served as a reporter at the real estate section of the business newspaper “The Marker”, part of the Haaretz group. Currently, she edits the Commercial Real Estate Magazine of "The Marker", research assistant in high-tech incubators and runs the blog StartFromBereshit which provides a platform for Israeli technological innovation in real estate, construction and mobility.
Comments