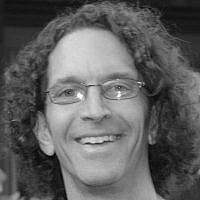 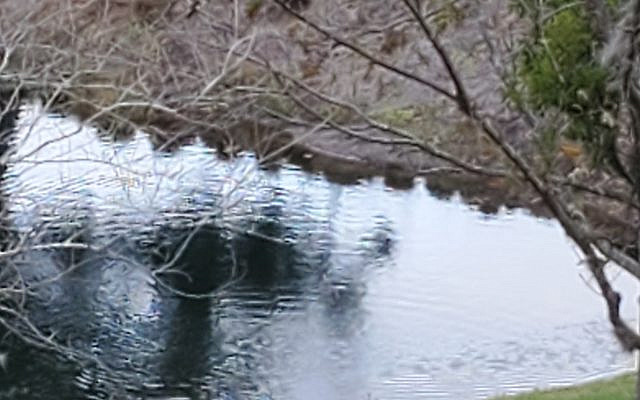 The late Yogi Berra once said, “It ain’t over ‘til it’s over.”  Like most things Yogi said, his famous quotation was a malapropism, a fumbling of a more conventional truism about a particular individual belting the notes that mercifully signal the end of an opera.

But what do you do if there’s no one to sing, no signpost to tell you the end has arrived?

We’ve reached the climactic moment of the Exodus story – after the false-hope happy ending of the departure from Egypt, when the Israelites discover they’re being chased by all the king’s horses (and chariots) and all the king’s men.  I’ve analogized my own narrow place as a search for water to nourish the Burning Bush so I don’t go up in flames, but here the water appears where it is least welcome, a vast expanse of sea that traps the Israelites in the path of an oncoming army.

The climax ends when God provides the Israelites a path between two walls of water and then allows the water to crash back down on the Egyptians, drowning them in the sea.  Now, at last, even with God’s admonishment to diminish their joy at the suffering of the Egyptians, the Israelites are free, the drama over.

Or is it?  If you’ve been on this journey with me since the beginning, you may remember a post from a couple years back called “The Wall of Water”, in which I recall how Rabbenu Bahya reads the line in the Torah that says, “The water was, for them, like a wall on their right and on their left,” and adds the words, “and above” to the end of the sentence (Exodus 14:22 and 14:29).  They crossed the sea on dry land, but with the mass of water hanging over their heads the whole time, threatening to drown them, too.

“The Wall of Water” was about living with chronic disease, with the threat of flare-ups, relapses, and progression forever hanging over one’s head.  Here we are, two years into the COVID-19 pandemic, and it appears that we are not experiencing some climactic end to the pandemic, but rather crossing through Rabbenu Bahya’s tunnel under the water, entering a time where we will be free, but with COVID always hanging over our heads.

The other night my long-time friend Chuck Diener asked me, “How do you know when we’ve crossed from pandemic to endemic?”  I don’t think anyone has a good definition; as Justice Potter Stewart might say, we’ll know it when we see it.  The only thing certain is that it won’t happen with the drama of walls of water, or even tunnels through the water, that suddenly permit us to emerge from “the other side.”

Yet it’s hard to think of that transition as being so desirable; think of the lives lost to or disrupted by endemic measles, malaria and HIV in Africa every year.  Think, apropos our water metaphor, of water-borne illness, in these same parts of the world, where getting a drink to sustain oneself is also risking a lethal, though “endemic”, infection.  Endemic diseases hang over everyone’s head, just as chronic illness hangs over the head of someone living with it.  After the second mention of the walls of water, the Torah tells us, “And God saved Israel on that day,” which the Sforno writes is because when the water crashed back down on the Egyptians, the enslaved Israelites were freed by the death of their enslavers.  To truly leave the narrow place of cancer, a person needs to be cured, not just in remission.  To leave the narrow place of an abusive relationship, a person needs to be forever beyond the abuser’s reach.  To leave the narrow place of pestilence, the microbe needs to be eliminated from the planet, something which has only ever happened once.  Truly leaving a place of addiction, of chronic depression, of autoimmune disease or chronic pain?  Who knows?

Even with this freedom from their drowned enslavers, the Israelites do not feel their new freedom as the gift it is meant to be, because they emerge from the sea and find themselves, like those moderns I mentioned above who have only bitter, and perhaps dangerous, water to drink.  On the near shore of the sea, they cried out to Moshe that he had brought them into the desert to die at the hands of the Egyptian army; now, on the far shore, they cried that they had passed through the water to die for lack of water – not once but twice.

Our search for water is at a confusing end.  The burning bush must sink deep roots into the ground to find water to sustain grow and continue to burn without burning up.  Yet we have encountered water which threatens to drown us or trap us in front of an implacable enemy; water which cannot be consumed; and eventually no water at all.

All three occasions, however, have the same ultimate lesson: we don’t just find water and drop to our knees to drink.  Human history is one long quest for a few basics: protein, shelter, fuel, and water.  These incidents teach us that even when we are parched, even when we are charred and on the verge of burning to cinder, we need to put something of ourselves into the water before we can consume it.

At the shore of the sea, Nachshon ben Aminadav, Aaron’s brother-in-law and leader of the tribe of Judah, had to throw himself into the water before it had fully parted to turn the sea from foe to friend.

At Marah, fittingly, God instructs Moshe to throw a piece of wood into the bitter water to sweeten it.  I imagine this wood to have been a piece of a s’neh, the species of bush which burned but was not consumed.  Nourished by sweet water deep from the earth, the wood now allows the water to become life-giving again.

At Rephidim, God instructs Moshe to use another kind of wood to get water: his staff, the very one with which he commenced the plague of blood upon the Nile.  Different thirsts call for different solutions; the same staff which brought the Egyptians to thirst by turning their water to blood brings the Israelites relief when it strikes the rock and water gushes forth.

It is the great illusion of Western life that we can control every circumstance and that our default state in life should be one of material contentment and absence of want.  Again, human history is a quest for fuel and water, protein and shelter (it has been suggested that intoxicating beverages may be on that list as well).  Especially for those of us who came of age in the 1990s, the decade in which Francis Fukuyama wrote The End of History and predicted we had solved the puzzle, the recognition of the last 20+ years that we are no closer to the finish line than we ever were is a painful defeat.  So if we are doomed to continue our trek in the desert, what will we do to bring forth water?

For my part, I will keep writing.  I will keep viewing each time I achieve some small bit of healing, some small kindness for a person, as a dayenu moment – if only this little thing, it would have been enough.  I will keep reminding myself, as I did in my October 27, 2021 piece, “Renewal,” that just as God renews all of creation each day, whatever goodness and comfort we do have requires continual, unseen effort and that it is God-like work merely to keep doing that, even if it bores us.

And I will keep remembering the hardest part of all, a truth that I struggle against every Saturday evening as Shabbat ends, every Monday morning as I return to the work week, and every time I finally do go away on vacation and think I might be relaxing.  Sometimes in life, we do find an oasis, with sustaining, refreshing water that requires no effort at all other than to drink.  In Shmot 15:27, we learn that the Israelites “arrived at Elim, where there were twelve springs of water and seventy date palms; they encamped there by the water.”

In the very next verse, the inexplicable happens: they leave.  And so must we.  These oases, be they Elim, or Shabbat, or vacation, are just that: stops along the way where we are allowed to rest and refresh, not destinations where we can stay forever.  At best, we can hope to return someday for another draught of the water.  It takes an act of faith to step away from these places and back into the fray, but it is an act we must perform.  Had the Israelites stayed at Elim, what would they have been?  There would have been no Torah, no Promised Land, no future.

Where did they find the faith to leave?  Perhaps it was not faith at all, but merely the tug of unfinished business, the nagging feeling that they had somewhere to get back to, a feeling we all know.  Our oases in the 21st century are no longer remote paradises; our electronic connections make these bits of heaven all too easy to shatter with a text, a phone call, or a casual glance at an app or website.  Over the past three years I have been roused from long-awaited rest and relaxation by news of a loved one’s hospitalization and news that my whole family might have been exposed to COVID and had to get tested.  Over that same time I have awakened in a bed and breakfast in Canada to reports of the Dayton and El Paso terror attacks, and in Disney World just this weekend to reports, thankfully reassuring ones, of the terrorist hostage situation in a synagogue in Texas.

That third wall of water never really disappears, even when we are surrounded by our oasis.  There is always something hanging over our heads, something calling us back, something we still must do.  The thing that pursued us – pestilence, chronic disease, anti-Semitism from the left, right and center – pursues us still, and will not let us dwell too long in that little slice of heaven.  I think as a compensation, this is the parsha where, even before it is commanded to us at Sinai, we are introduced to the idea of Shabbat, an oasis – Heschel would say a sanctuary – in time.  Once a week, a gift of water, a place to rest, knowing that at sundown Saturday we will need to travel on again, to contend with the things that threaten to set us aflame – and God willing, to return the following week to be refreshed again. 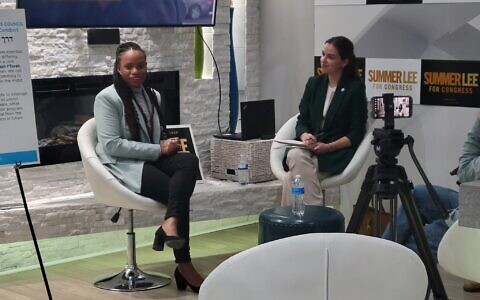 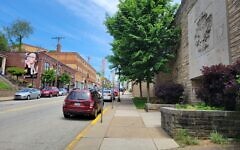 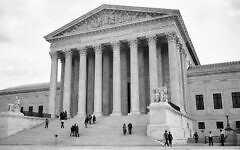 When it comes to abortion, Judaism takes a nuanced approach
David Rullo 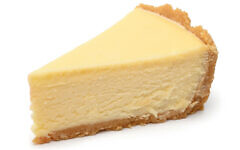 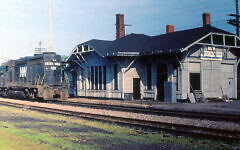 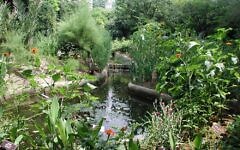 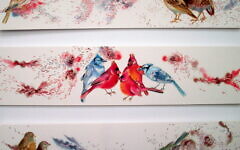 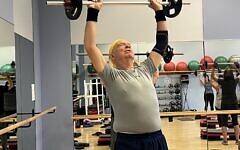 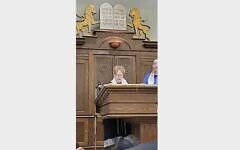 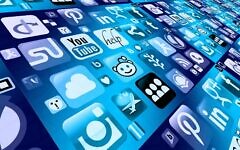 ‘They don’t care’: Why it’s so hard to take antisemitic websites off the internet
Arno Rosenfeld 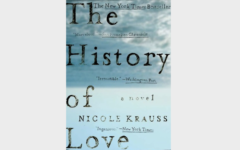 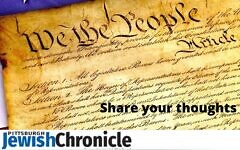 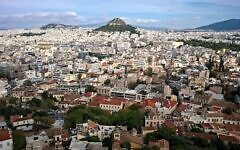 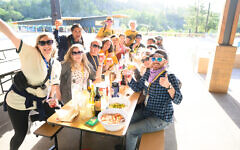 ‘It’s my happy place’: Jewish camp for adults brings out the child in everyone
Caroline Kessler 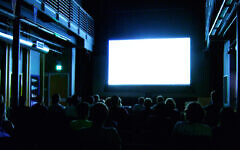 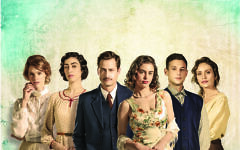 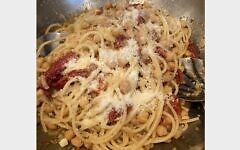